The demonstrations in Colombia were triggered by the proposal for a new tax reform that sought to raise money for the economic recovery generated as a result of the pandemic. A reform that, among other things, planned to tax the most basic products of the Colombian family basket, a measure that would end up squeezing the pockets of Colombians, particularly the middle class and those poorer families that have been seriously affected due to the crisis generated by the Covid-19.

The proposal for a tax reform in the midst of ’the greatest crisis that humanity has faced after the Second World War’ in words of Angela Merkel, was the straw that broke the camel’s back. Thousands of Colombians joined the national protest called on April 28 in rejection of the tax reform.

On May 2, President Iván Duque announced the withdrawal of the tax reform and urgently requested that a new reform project be processed, according to the president, “the reform is not a whim, it is a necessity.” and the new Minister of Finance, José Manuel Restrepo also announced on May 4 that the government will no longer invest 14 billion pesos ($ 4.5 million) in 24 Lockheed Martin fighter jets that were initially budgeted.

Although these announcements have been a triumph of social mobilization and in particular of the young people who have mobilized, the social discontent and the problems facing the country are much deeper and require systemic changes that the Colombian people have been demanding not now but for years.

The serious acts of repression, excessive use of force, and systematic violation of human rights amid protests by the National Police and the Anti-Riot Squad (ESMAD) have increased the protesters’ resentment towards the current government and its institutions.

The NGO ‘Temblores’ reported 39 deaths, 1,055 arbitrary arrests, 16 cases of sexual violence and more than 350 people missing so far since the protests began. However, the important thing here is not the numbers but the lives and dreams of each of these young people who today have been taken away from us by an indolent state.

Lucas Villa, student of Sports Education Sciences at the Technological University of Pereira stood out among the protesters of the peaceful march on May 5 in Popayán due to his great energy and attitude during the demonstration. Little did he know that that night would be the one that will take away his dream of becoming a professional. At around 7:00 pm, unknown persons arrived armed and opened fire indiscriminately, where Villa received eight shots. After five days fighting for his life, he died at the San Jorge de Pereira Hospital.

As this testimony shows, many Colombians have lost faith in Colombian authorities and institutions.That is why one of the main challenges of the current Government will be to establish that trust again, and for this reason one of the points that is being discussed on the national agenda is the reform of the police and the ESMAD as prerequisites to guarantee the right to protest.

The great repression and violation of human rights experienced by the Colombian people is only one of the causes of citizen mobilization. Colombia has experienced a historical social crisis that has become more evident due to the pandemic. There have been no guarantees for human rights defenders and social leaders who have been systematically murdered since the signing of the peace agreement. The historical debt with education that suffers deficiencies due to the lack of investment by the State, which over the years has evidently preferred to invest in arms and military equipment, making education in this country a privilege and young people end up not receiving it; that’s why we protest, to have a secure future.

The economic gap between the rich and the poor is too high, and especially seeing the difference in salary between who is a member of Congress and who is a current employee has increased the discontent of the Colombian people. The government is also seeking to privatize the health system, a fact that would further mark social inequality in the country.

The issues that Colombia faces are multiple and structural and our requests do not seem to be heard, that is why I believe that the demonstrations will not end very soon. Colombia is experiencing a historic moment and young people are the main protagonists, and they are not willing to stop until there is a systemic and real change. 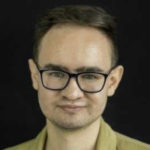