“I come from the place of the reporter, the place of the hustler, the place where the boards of directors unfortunately rule. Since the boards of directors joined the editorial teams, journalism has ended. I am ashamed to have to say this, I am ashamed to have to go out into the street to try to make visible and give voice to those who do not have it. In my case, the people at the fences of Europe. This Europe that speaks of human rights, which it then fails to provide”.

Antonio Sempere. Photojournalist, known for his work on migration. He has been documenting the drama of cross-border migration for several years. He has photographed the arrival and attempts to jump the fence by sub-Saharans who arrive at the border of Morocco with Ceuta. Also the terrible situation of thousands of refugees trapped in Serbia after crossing the sea from Turkey.

He participated in the European Humanist Forum in the working group on “Independent Journalism and Social Activism” and showed part of his exhibitions “At the foot of the Fence” and “The Serbian Hell”.

EHF2018: What is the role of independent media in social transformation?

AS: We must transform society, we are the spokespeople, but we must not fall into what is called “Me-ism”. Unfortunately, the profession of journalism is full of “Me-ists”, it is a new trend. We journalists have to go out and sell our stories, we have to make a living, support our families and then watch as others change our headlines and change our captions and even what we wanted to transmit. We have to fight it from the inside. I appeal to all the colleagues to unite and take to the streets to demand justice journalism, such as the work of Pressenza. I’ve been publishing in Pressenza for three years and they haven’t touched a comma of what I publish. For me it is very important to work in these independent media that have a lot of visibility in networks all over the world.

How could social movements include the issues that interest us citizens in the media agenda?

Within the world of social movements there are many kinds of activism: there is activism at the foot of the fence, that is, of people who are at the foot of the conflict trying to get the news out of what is happening in different parts of the world. There are also movements such as those in defence of public healthcare systems and the comrades fighting against bank evictions who are there day by day trying to achieve better living conditions for everyone. Others of us are in places where life is worthless, as you can see from the photos in the exhibition “At the foot of the Fence” and the journalists who are in those places go out to claim the rights of these people that nobody wants.

After 5 or 6 horrible years of these people crossing the borders, the media have forgotten about them, they have forgotten about the refugees and the migrants. Unfortunately this is the case and it is we who are giving voice and putting our faces to the stories we find on the fences and the borders. We are a very important element for change, sometimes we endanger our own integrity, our own life or our professional future when we publish photos that they want to censor, but we have to be the transmitters of that reality that nobody tells, to stick our fingers up to those media directors who think more about the financial results at the end of the year than about the human lives that are lost in the borders of our countries. 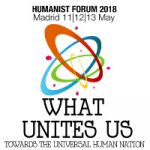