Malaria is not one of the new diseases that we have come to known, but it is still one of the deadliest diseases that exist. As per the World Malaria Report 2021, published by WHO, “Nearly half of the world’s population lives in areas at risk of malaria transmission”. The same report stated that, “in 2020, an estimated 627,000 people die of malaria” mostly children and most deaths occurred in the African continent.

Malaria affects the tropical and subtropical areas of the world the most. Even in that the most vulnerable are the poor, especially women and children. Since 2010, multiple steps have been taken to curb this disease. The malaria parasite is notorious for being complex, evasive and elusive. It is always in motion and continuously changing forms, making it difficult to immunize against. Numerous resources have been invested in developing new medication and vaccines. Finally, it seems the hard work has paid off.

After almost a century, a new vaccine to combat malaria with up to an 80% success rate has been developed by scientists at the University of Oxford. The important thing is that the vaccine is cheap and affordable.

The vaccine is named R21/Matrix-M and has taken a long time to develop. “The technology has been complex to develop because we need very strong antibody responses to get protection against malaria and those antibodies, like all responses decline over time”, Professor Adrian Hill (Director of Jenner Institute at University of Oxford and Co-Author of The Lancet paper) told VOA news.

BBC reported in an article that “trail results from 409 children in Nanoro, Burkina Faso” have been published in the Lancet Infectious Diseases journal. The results show that “three initial doses followed by a booster a year later gives up to 80% protection”.

The vaccine will go into full scale manufacturing based on the final report of a larger trail of 4800 children due before next year. Serum Institute of India has already bid to make more than 100 million doses a year.

While all the excitement around this exciting research is justified, one also needs to be aware that this is science and not magic. The other measures important for preventing malaria such as sanitation, clean drinking water, hygiene etc. cannot be neglected just because a possible cure is available. Education and awareness have to be significant still. It is still important to prevent malaria from happening in the first place. 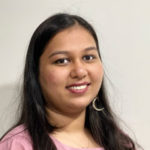