This post is also available in: Spanish, French, Portuguese, Catalan

This is the thesis of the short story “Auroville, 2046, after the end of a world”, written by the Brazilian author Débora Nunes and already published in eight languages. The book will be launched by the Multiconvergencia de Redes Globales, MRG in partnership with the Academia de Letras da Bahia, in its online programme “Livros na Mesa” on 14/09/2022, at 16:00 Brasilia time (see link below). What is most striking about Auroville – located in southern India – is that it is one of the oldest and largest alternative communities in the world. To learn more about its history and how its three thousand inhabitants of 60 nationalities live, without private property and with very innovative forms of governance and daily life, read the article by Débora Nunes (in Portuguese or French).

The book’s evocative title attracted interest during the COVID 19 pandemic, when the question “what happens now?” was on the minds of thousands. The use of the story as a textbook by ESI, the School for Integral Sustainability, whose motto is “transform yourself to transform the world”, probably also attracted more attention to the text internationally, as ESI operates in Portuguese, French and English. The book, which has been gradually translated and commented on by intellectuals, teachers and artists from different languages, was first published on the Pressenza website.

Between 2019 and 2020 the author toured many Brazilian capitals launching the book, always accompanied by the meditation “Our History”. This creative visualisation of the future is a very interesting experience and will be even more so with people of many nationalities, as the presentation on 14 September will be held with simultaneous translation between Portuguese, French, Spanish and English. The president of the Bahia Academy of Letters, the well-known Bahian anthropologist and writer Ordep Serra will interview the author, who will then perform the creative visualisation and open the exchange on how she sees the future to the public. Multiconvergence of Global Networks, which promotes planetary citizenship, shares the event and promotes other ways of doing politics.

The post-pandemic resumption of launches began in April 2022 precisely in Auroville, the city where the author had the inspiration for her book. She – who lived there at the time – tells us how she conceived the story of Indra, a 98-year-old woman who lives in 2046 and who tells us about the “end of a world” and the planetary reconstruction taking place at the same time. “On 15 August 2018, the community of Auroville was gathered around the huge bonfire that celebrates the birth anniversary of Sri Aurobindo, the town’s inspirer. Every year, at dawn, a meditation takes place in the gardens of the famous Matrimandir – the temple of the Mother” – and I experienced in a totally different way that silent atmosphere, with thousands of people meditating. For an hour of stillness I received a story with beginning, middle and end, without interruption. When I returned home I spent hours at the computer, transcribing the story of Indra’s life and of all of us. This process was absolutely amazing because, as the author of eight books and many articles, I had never experienced anything like this before.

As Auroville has four official languages, already in 2019, the book was launched there in Portuguese, French and English. Spanish, Italian, Catalan and German followed. Tamil, the local language of the state of Tamil Nadu where Auroville is located, arrived now in 2022 and Arabic is being finalised for 14.09. The book has already been released as an audiobook in Portuguese, French and English, with a total length of one hour. All versions of the book can be found here. 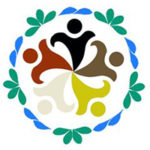