Francia Márquez has bright eyes and a deep gaze. The firmness between her eyebrows hints at the absolute correspondence between her life experience and her speech. She takes notes with her left hand in a small notebook that closes with the force of an elastic band, she does so attentively while others speak, she listens, she observes, she does not raise her voice, but neither does she lower it.

During the international tour she undertook after being elected together with Gustavo Petro to the vice-presidency and presidency of Colombia, respectively, she visited Brazil, Chile, Argentina and Bolivia. In the last three, she was received by the ruling parties, except in Brazil, where she met with presidential candidate Luis Ignacio Lula da Silva – to whom she wished victory at all times – and, in passing, visited the Marielle Franco Institute. Her presence in Chile and Argentina was particularly important, as these are the two southern countries with the largest Colombian migrant populations. In Buenos Aires, she met with representatives of political and cultural spaces of Colombians living in Argentina, the first time that a Colombian government (even before taking office) has listened to the situation and realities of the diaspora in this country.

The bridges that a black woman ruler from the north of South America builds with the south of the region are key, and lay the foundations for a proposal to face a world in transformation that, although it has been changing for some time now, still clings to obsolete forms and methods.

“Progressivism did not believe us. We know – and I say this calmly – that it is not enough to be progressive if you are not anti-racist and anti-patriarchal, and that will be the challenge for this new regional project,” said Francia at the Instituto Patria in Buenos Aires a week before she was sworn in as vice-president.

There she was flamboyantly surrounded by the Peronist ruling party, the one that did not believe in her and did not welcome her when she came in search of signatures to advance in the Colombian electoral race. When France speaks, she is forceful and aware that she is not the only one who speaks. It is all the voices of a people submerged in poverty and absurd violence from the very beginning, but she goes beyond that. She is emphatic in affirming and doing the calculations right when she makes it clear that it is not only rights owed for 212 years – those of Colombian republican life – but 530 years, those that we count from the time of the colonisation of our continent, which brought with it the cartographic delimitation between south and north, heaven and hell, superior and inferior, saints and pagans, whites, blacks and indigenous people, masters and slaves.

“The time has come to discuss historical reparations for Afro-descendant and indigenous peoples in the Americas, in the region. No country in Latin America can get out of this debate, it is enough to say that there is a historical debt with these peoples! During the campaign I said: ‘and when will we pay for it? The effects of slavery, colonialism and racism that the Afro-descendant, Raizal and Palenquero peoples continue to experience in the region must be compensated. The effects of colonialism that the indigenous peoples continue to experience must be redressed. If there is a country in Latin America that has not had slavery, raise your hand. So, if it has had slavery and colonialism, it must recognise the native and indigenous peoples, but it must also recognise the Afro-descendant population, recognition as a political actor.

Francia Márquez mobilises and makes people uncomfortable. She mobilises the people who, a week before taking office as vice-president, were left out of the two public events she held in Buenos Aires because the tickets were sold out. It mobilises the millions of nobodies who voted for her, because what many have mistakenly called a miracle or a phenomenon is nothing more than the product of a resistance sustained over centuries until she finally achieved a literally representative mandate of government. And it is precisely for this reason that she is uncomfortable, because she makes the discourse flesh, because she did not read what she narrates in opprobrious papers or statistics. She knows the problems and urgencies of the population because she has experienced them herself. She is not afraid and does not seek acceptance, because she goes straight to the point, without euphemisms and without exaggeration, because despite being a great protagonist of current political events, she is not interested in being politically correct.

France speaks in the plural. “I am because we are”, the name of her political space is proof of this. She questions her privileges in office, calls for a permanent vigilance in the face of what it means to have and be in power, and imperatively proposes that this task should be generalised:

“And we must be uncomfortable with all these privileges that we are given when we come to power, because our own families, our own people, are still living the consequences of an economic model of death (…) It will be a challenge then to be constantly questioning racism, patriarchy in our practices, which are not only found on the right and the far right but also within our own movements and our own processes”.

The presence of Francia Márquez is important because she is a black woman, a social leader, a defender of the environment and a feminist, who is beginning to occupy a place of power and leadership in a country with a right-wing trajectory and mired in violence. Her proposal is clearly decolonial in nature, a subject that has always been ignored and denied in the region:

Francia burst for days into the winter of Buenos Aires with earrings in the shape of the map of Colombia, as a perfect metaphor for what she hears, the voices of the people with calloused hands, the sound of the machete weeding for sowing, the flow of the rivers, the breathing of the big house and the blinking of the big womb. Her message goes beyond her speech, her country hangs from her ears, her ancestors dress her and live in her clothes and the Maroon routes of the roads to freedom, and now to power, are marked in the furrows of the braids of her hair. 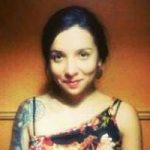