Pressenza publishes this call from Luigi Mosca, Doctor in Physics who has worked at Saclay laboratories (CEA/France), CERN (Switzerland), Serpukhov (Russia) and at the “Modane Underground Laboratory” (LSM), former Director of LSM and nuclear disarmament activist.

First of all, we urge all States to sign and ratify the Treaty on the Prohibition of Nuclear Weapons (TPNW). Of course, it’s up to each State to fulfil the conditions to join this Treaty. Indeed, we are eager to see the TPNW entering into force, and beyond that, becoming customary law.

Because this Treaty will play at least two essential roles:

Moreover, we urge specifically the nuclear armed States and their allies, to start a real disarmament process before it’s too late!

Because the world is facing the increasing risk of a nuclear war (regional and/or worldwide) really breaking out.

Indeed, according to the Bulletin of the Atomic Scientists “Doomsday Clock”, we have been at “two minutes to midnight” since the beginning of 2018, and that was before development of Donald Trump’s catastrophic agenda which includes: the Nuclear Posture Review 2018, which considers a large-scale development of “mini-nukes”; the United States’ withdrawal from the JCPOA, nuclear deal with Iran concerning Iran’s nuclear program; the United States’ announcement to abandon the 1987 INF Treaty signed by Gorbachev and Reagan which eliminated Intermediate-range missiles from Europe; the report of the ‘National Defence Strategy Commission’ (A US Republicans-Democrats joint commission) which explicitly designates Russia and China as US enemies and recommends that the United States builds sufficient capacity to win (!) a war against these two enemies.

In addition to all this, there is the risk that the ‘New START’ Treaty will not be renewed before it expires on February 5th, 2021.

So, this situation is more and more dramatic. Indeed, the true enemies of each State are not other States. The real enemies are common to all States – global warming, environment deterioration, social injustice, epidemics, and terrorism, etc. – and enemy No. 1 is the risk of an outbreak of nuclear war somewhere in the world. Moreover, in the event of a nuclear war, those States with nuclear weapons will be the preferred targets, and this independently of the origin of the conflict.

Since, obviously, the only solution to eliminate this unacceptable risk is the total and irreversible elimination of all types of nuclear weapons, now the question is: how can we unblock this situation?

To begin with, here are two suggestions:

– Re-negotiate the INF Treaty, by taking into account the geostrategic changes (in particular the new types of weapons) since 1987, while opening this treaty also to other States beyond the United States and Russia.

– Form a Working Group (WG9), of diplomats and especially of recognized experts from all nine nuclear States, with the goal of defining a realistic road map for multilateral, that is coordinated, nuclear disarmament to be carried out before it’s too late.

This initiative should be kicked off by the most motivated nuclear States and then followed by the others among the nine in order to negotiate and finally adopt such a common road-map.

When that happens, no more obstacles should prevent States with nuclear weapons from signing and ratifying the Treaty on the Prohibition of Nuclear Weapons! 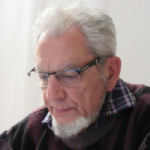