Last Saturday around 25,000 people marched peacefully in the streets of Bonn in a colourful demonstration in order to demand the German government to stick to the Paris agreement and to phase out coal.

It was the biggest anti-coal-demonstration in Germany so far and was supported by a broad coalition of over 100 environmental, social and ecclesiastical NGO’s representing large parts of the German population. In addition people from all across Europe and the world joined them to demand action against climate change.

National and international speakers made clear that carrying on with “business as usual” will not be enough, urging the governments of the countries participating in COP23 to take concrete action towards reaching the goals that were set in Paris in 2015 and to end fossil fuels.

Prof. Dr. Kai Niebert, president of the confederation of German non-governmental associations for the protection of the environment Deutscher Naturschutzring, who amongst them have 10 million followers, said: “The limits of our planet are finite. But we still rely on fossil energies, although we know by now that they are responsible for the climate crisis and for wars. Whoever is concerned about the future must leave fossil fuels in the ground. Let’s stop talking and finally start: Exit from coal, oil and gas!”

Amongst the first to speak was also Pacific Climate Warrior Kathy Jetnil-Kijiner from the Marshall Islands who delivered an emotional speech which can be listened to here. Other international speakers included Mamadou Mbodji, Naturefriends International (NFI) from Senegal; Manuel Pulgar Vidal, WWF International from Peru; Jennifer Morgan from Greenpeace International from the USA and W. da Costa, Demand Climate Justice Network from the Philippines (more information: www.klima-kohle-demo.de/english/).

The demonstration event comes amidst coalition talks in Berlin to form a new government. The “coal exit” (“Kohleausstieg”), that is the ending of power generation through coal, postulated by civil society, is one of the biggest issues but so far none of the major parties have committed to anything.

The CDU (conservatives) and the FDP (liberals) are already backtracking saying the switch-off of Germany’s lignite coal production would be “industrial suicide” and the goals set for 2020, that is to reduce emission by 40%, would be “unreachable” (source: Frankfurter Rundschau).

According to Politico, the German Greens have also signalised to be ready to backtrack on their postulations.

According to Sueddeutsche Zeitung, VW has issued a “strategy paper” in an attempt to stop climate goals that would be “too ambitious”.

The EU’s disappointing proposal from yesterday to reduce emissions by 30% but without a legal obligation to switch to electric cars therefore comes as no big surprise. Is is said this happened upon the intervention of Sigmar Gabriel (SPD / social democrats) to protect the German car industry.

So whatever the new German government will be – the old “big coalition” between conservatives and social-democrats, or the so-called “Jamaica” coalition (conservative/black, liberal/yellow and green/green) – there is little hope that Germany as the host of this year’s COP23 will deliver any meaningful change.

Meanwhile the German government has announced a 100 million Euro fund on their official website for COP23 to “help developing countries to adapt to climate change”. In other words: we will carry on burning fossil fuels and destroying the climate, leaving places like the Fiji Islands to their fate, but we will pay for it with our tax-payers’ money. Insane.

Whoever the politicians will be to govern Germany for the next four years, they will have to look not only German citizens in the eyes but people all across the world. Once more it becomes clear that the change that we need will not come from above, but from us, the People of this Planet. 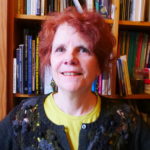 Tatiana De Barelli
Born with the gene of idealism, I have always wanted to change the world. At the age of 25, I met three crazy "humanists" and, little by little, with the friends of the Humanist Movement, I was able to collaborate in many projects around active nonviolence. The international dimension has always attracted me a lot and for 10 years I travelled to West Africa to support many social projects with the people there. Graphologist and educational psychologist, in 2008 I created Educ'art "When education is an art". It seems to me that school can be "the place" that opens children to their creativity, to their potential to transform the world. Together with professionals in the field of learning, we offer numerous training courses and exchanges with this objective in mind. Writing is also a passion. In 2010, I wrote a book "Les Enjeux de l'Ecrire" (The Stakes of Writing) which places the gesture of writing in its human dimension. In 1982, I married Jorge, an Argentinean, we have two sons who have become magnificent men. The relationship between a couple and a mother continues to be for me the most important human construction in terms of life choices.