The trajectory of the Syrian Civil War could fundamentally shift within in the nearest future.

Turkey and the U.S.-led anti-ISIS coalition intend to establish an “ISIS-free” zone in northern Syria along the Turkish border with the assistance of so-called “moderate rebel forces”. However, at the moment the Pentagon’s $500 million campaign of turning American-sponsored moderate rebels into an independent power in the region has failed. The $500 million train and equip program was supposed to generate a 5,000-strong force of “moderate” rebels in the first year. In fact, only dozens were trained and they didn’t achieve even a bit of success on the battlefield. Additional 75 militants, who were newly trained by the US-led coalition, entered into northern Syria from Turkey in a convoy of a dozen cars with light weapons and ammunition, the Syrian Observatory for Human Rights reported on Sunday. This could be related to a newly stated US approach.

After a disastrous start to a program aimed at building a moderate Syrian rebel force, the White House has drawn up a new plan to send teams of American-trained fighters into Syria to help direct U.S. air raids against ISIS. The US-backed militants would be trained in some specific skills, as forward observers for air strikes, communication specialists, snipers, and “command and control” organizers. These highly trained rebels “would be distributed across a local force and would serve as “the connective tissue” between US-backed terrorist groups on the ground and U.S.-led air power. Thus, they would be filling a role roughly equivalent to U.S. military advisors in other conflicts. The important thing is the US officials don’t even deny the fact that these military advisers will coordinate air raids and fight using their new skills against Syrian Armed Forces and its allies. “The administration will still have to, at some level, expect that the people that they train and equip may get into situations where they are fighting the Assad regime — not only the Islamic State,” said Robert Ford, former U.S. ambassador to Damascus. All the facts and public statements could easily be tied to evidence that ISIS has been expanding in the territory of the US-backed “ISIS-free” zone. So, it’s a big chance that a new US program will become a tool of further deconstruction of the region.

Separately, Russia has escalated its military assistance to the Assad government since early September. There are numerous reports published in western media arguing that Russia has started a ground military operation in Syria and set a forward military air base around Damascus. At the moment, these claims aren’t confirmed by Russian officials and all existing pieces of evidence are at least questionable. However, it’s clear that Russia has raised its shipments of military supplies to the Assad government and has escalated the diplomatic rhetoric. Last Friday, Kremlin spokesman Dmitry Peskov told journalists that Russia is ready consider Syria’s request to send troops if Damascus asks for it, but it would be hard to talk about that hypothetically.

The interplay between these developments and their courses of action could create numerous different outcomes in Syria over the next weeks. A number of these divergent pathways especially the aggressive attitude of the US and Turkey could generate negative effects that intensify the conflict, spread regional disorder and threaten international security.

The expected developments in the nearest future are:
– ISIS offensive against Syrian government in the city of Homs or Qusayr
– ISIS expansion in the US-backed “ISIS free zone”
– Jabhat al-Nusra MDCOA ground offensive targeting Alawites in Latakia Province
– The further development of Syrian forces offensive in the Dara’a governorate and diplomatic defence of Syrian President Bashar al-Assad as a key member of the ‘Axis of Resistance’
– Hezzbolalh and allied Syrian forces will likely start Iranian-backed offensive along Golan Heights border. Positions in southern Syria along the Golan Heights will allow Iran to preserve access to supply lines from Syria to Hezbollah in Lebanon and continue to develop the network of proxies in Syria.
– The US and its allies will try to prevent the consolidation of the Syrian civilian population in the Assad government-held areas and expand the presence of the US-trained terrorists in the region. This will probably be the case when the US Air Force starts to bomb the Syrian Armed Forces. 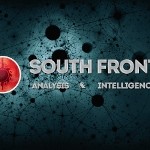 South Front
SouthFront: Analysis & Intelligence is a public analytical project maintained by an independent team of experts from the four corners of the Earth focusing on international relations issues and crises and working through a number of media platforms with a special emphasis on social networks. We focus on analysis and intelligence of the ongoing crises and the biggest stories from around the world: Ukraine, the war in Middle East, Central Asia issues, protest movements in the Balkans, migration crises, and others. In addition, we provide military operations analysis, the military posture of major world powers, and other important data influencing the growth of tensions between countries and nations. We try to dig out the truth on issues which are barely covered by governments and mainstream media. southfront.org