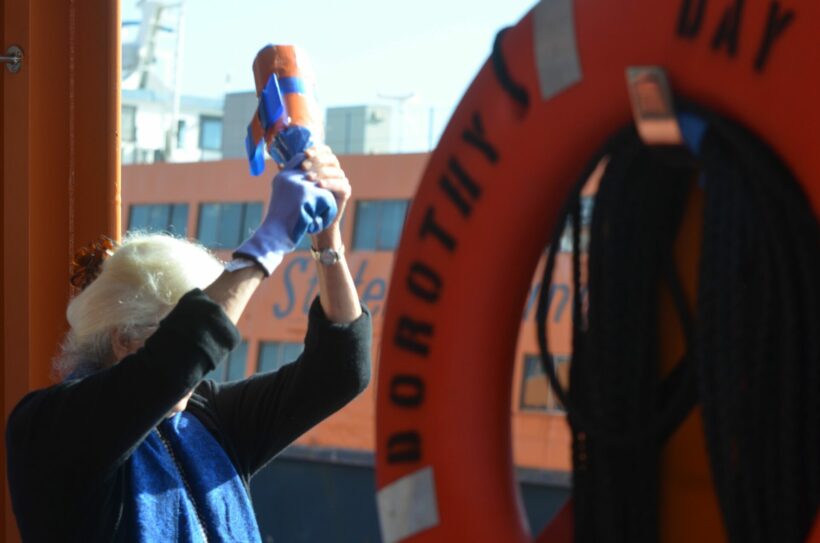 Martha Hennessy, Day’s granddaughter and fellow social justice advocate, was on hand to smash the ceremonial bottle of champagne on the stern of the new boat, invoking the name and echoing the sentiments of her grandmother.

“In the name of Dorothy Day, may we abolish war and nuclear weapons,” Hennessy declared as the bottle burst. 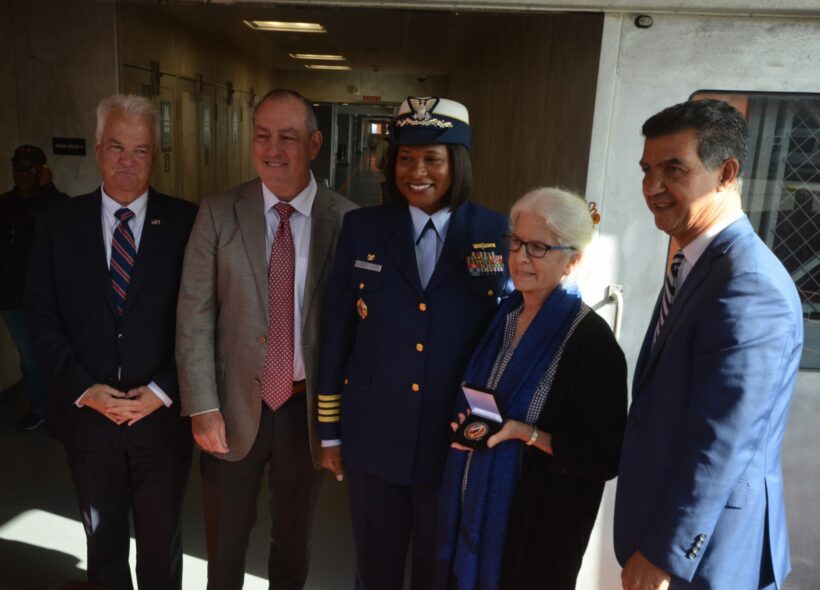