After the loss of the Papal States in 1870, the Vatican intensified its conservative, intolerant and anti-Semitic positions. This was expressed fundamentally in the biweekly, semi-official Vatican magazine La Civilta Cattolica, directed by Jesuits, which from 1880 to 1938 published, between long articles and short chronicles, 430 anti-Semitic texts. That is to say, more than seven a year (see Jean Meyer – The fable of ritual crime. European anti-Semitism (1880-1914); Tusquets Edit., Mexico, 2012; p. 54). Thus, in his first article of the series, the Jesuit Giuseppe Oreglia, the anti-Semitic agitation in Germany of 11 December 1880, “explains the causes of this agitation born and propagated within Protestantism to counteract the enormous political influence of the ‘international association of the Israelite Alliance'”, and points out: “the Jews are literally masters of the public fortune (…) insolent usurers, they ruin Christian families” (Ibid.; p. 56).

And the clearly anti-Semitic – and not only anti-Jewish – character was demonstrated by Oreglia himself, when he added: “Oh, how mistaken and deceived are those who think that Judaism is only a religion, like Catholicism, paganism or Protestantism, and not in fact a race, a people and a nation! While it is true that others can be, for example, both Catholic and Italian, French or English (…) it is a great mistake to believe that the same is true of the Jews. For the Jews are not only Jews because of their religion (…) they are Jews especially because of their race” (David Kertzer – The Popes against the Jews.

The Vatican’s Role in the Rise of Modern Anti-Semitism; Vintage Books, New York, 2002; p. 137). And in 1890, the Jesuit Raffaele Ballerini noted in the same journal that “the whole Jewish race is conspiring to bring about its reign over all the peoples of the world” (Ibid.; p. 143). A statement fully shared by Hitler and the Nazis a few decades afterwards….

Likewise, in 1881, Oreglia asserted that “the whole nerve of modern Judaism (…) consists in its fundamental dogma according to which the Jew can recognise as his neighbour only the Jew and sees in all Christian and non-Christian men (…) enemies whom he must hate, persecute, exterminate” (Meyer; p. 57). And he continued: “The Jew, like the devil, (is) condemned for his rebellion against Christ”, and “Jewish hatred is satanic in the same way that satanic hatred against Christ and the Church is Jewish” (Ibid.). In the same year, through numerous unidentified chronicles, the magazine began to denounce the “ritual crimes” of the Jews. Thus, on 7 July, it stated that the Jews needed the Christian child “to use his blood to make unleavened bread on the feast of Passover, according to the fundamental law of the Talmud and practised by the Jews, as is recorded in many trials” (Ibid.; p. 60). In the same year, Oreglia himself entitled a chronicle: “How from an authentic and unpublished process, preserved in the Vatican Archives of the Holy See, it is proved beyond doubt that the Hebrews cannot celebrate their Passover in a holy (sic) manner if it is not with Christian blood” (Ibid.; p. 215).

Then, the journal “on 6 April, 10 May, 7 June and 22 July 1882 (…) ‘documents’ ‘the use of blood in the rites of the modern Synagogue’ on the basis of the ‘abundant’ correspondence it has received from ‘scholars’ as a result of its articles” (Ibid.; p. 61). In turn, the Jesuit Francesco Saverio Rondina in 1893 wrote that regarding the Jews “instead of wasting time proving what is known (…) it is necessary to prove what many ignore and others refuse to believe (…) the mystery of blood”. And “he ‘proves’ it in four very repetitive chapters, with bibliography, a chronology of ‘ritual crimes’ from 1071 to 1891” (Ibid.; p. 65). Furthermore, in 1895 the review favourably reviewed a pamphlet by the Jewish convert Rocca d’Agria (Cesare Algranati), The Eucharist and the modern Paschal rite, noting that it “confirms and clarifies the rite of Christian blood since 425; the author confesses to having participated for twenty years in the rite, before his conversion” (Ibid.; p. 66).

On the other hand, in June 1890, the magazine turned to “political anti-Semitism”, celebrating an electoral defeat of the Liberals in Hungary and a victory of the Christian-Socialists (avowedly anti-Semitic) in Vienna: “In this extreme struggle between the West and its Christian culture and the East with its immoral Talmud, the idolatry of the golden calf and the weapons of the corrupting and terrorist press, the ‘reunited Christians’ (…) have won a splendid victory (…) by hunting down all Semites and their creatures (…) to shake off the abhorred yoke of Israel” (Ibid. ; p. 65). This position was reinforced by an article by Raffaele Ballerini in April 1897 in which he argued with regard to the “Jewish people” that the “novelty is that in a few years, once civilly emancipated, they have achieved an extraordinary power, which is the cause of anti-Semitism. Nation among nations’ is always and everywhere behind the apparent power. If things go on like this in another fifty years, all the great European states will pass under its control, thanks to the liberty promulgated by the French Revolution” (Ibid.; pp. 66-7). The same fear expressed by Hitler and the Nazis decades afterwards?

In turn, the Vatican itself became involved in anti-Semitism in 1892 through a series of articles in L’Osservatore Romano that expressed preoccupation with the wave of international sympathy for Jews provoked by the deadly persecution of Jews under Tsarism in Russia. The author of the first of these (of 1 July) wondered whether the Jews themselves were not the cause of their persecution: “Seeing that they are about to be severely attacked by public opinion and the population in general (because of the growing “fear” of them), Judaism … provokes hostile demonstrations … so that people sympathise with the victims and forget who their real persecutors are”. And he continued: “We would not be far from the truth if we say that the great blows directed by the Muscovite empire at the children of Judah have played into the hands of Judaism, because it has engendered sympathy for the Jews, against whom the Christian and civil world has begun to revolt for good reason” (Kertzer; p. 147).

Moreover, the article distinguished “good” anti-Semitism from “bad” anti-Semitism: “Anti-Semitism should be the natural, sober and thoughtful Christian reaction against Jewish predominance” (Ibid.). “But unfortunately,” wrote the Roman Osservatore journalist, “there was a different form of non-Christian anti-Semitism that was attracting more attention lately, one that threatened to discredit true Christian anti-Semitism. The new form of anti-Semitism was in truth ‘nothing more than an artificial form of Judaism, which has introduced and maintained it in such a way as to make it impossible for true anti-Semitism to organise itself, get into action and triumph’. True anti-Semitism, the Vatican newspaper explained, ‘is in substance nothing but Christianity, completed and perfected in Catholicism'” (Ibid.; pp. 147-8).

The next day, the paper noted that the Jews were desperately trying to protect themselves against “the reaction which was about to explode everywhere against their rapacious tyranny”. Furthermore, the article warned: “Do not play with fire. The anger of the people, which has hitherto been cooled by sentiments of Christian charity and by the tender influence of the Catholic clergy, may at any moment erupt like a volcano and strike like lightning”. And he ended with the ominous threat that: “a quarter of an hour may be all that is needed” (Ibid.; p. 148). And on the occasion of the famous “Dreyfus affair” in France, L’Osservatore Romano noted in 1898, with regard to the violent anti-Semitic disorders in that country and the growth of anti-Semitic parties in Europe, that “Freemasonry and Judaism, which arose together to combat and destroy Christianity in the world, must now defend themselves together against the awakening of Christianity and the wrath of the people” (Ibid.).

Such became the impact of Vatican anti-Semitism, that in November 1899 “the three most important Catholic personalities in England asked the Pope (Leo XIII) for a definitive condemnation of the accusation of ritual crime as a fanciful and deadly anti-Semitic calumny” (Meyer; p. 115). They were the Archbishop of Westminter, Herbert Alfred Vaughan; Lord John Russell and the Duke of Norfolk, Henry Fitzalan-Howard. In a belated response on 4 August 1900, the Pope, through his Secretary of State, Mariano Rampolla, did not accede to the request! Moreover, in the Archives of the Inquisition, a note accompanying the decision was found which stated that “the ritual murder constitutes a historical certainty (…).

Moreover, such a murder has been accused and condemned several times in the civil courts of Austria (…) Given all this, the Holy See cannot give the required statement, which, while it might please a few deluded people in England, would provoke widespread protest and scandal elsewhere” (Kertzer; p. 221). Most tellingly, the Inquisition selected as a special consultant, to study the response, the Spanish Archbishop Rafael Merry del Val (who would be appointed by Pius X as Secretary of State in 1903) because “he has among his ancestors a child crucified by the Jews and venerated on the altars of the Church – Dominguito del Val – and is therefore the man best suited to the task” (Kertzer; p. 220).

However, it is important to stress again that significant sectors of the Church were clearly opposed to these horrendous anti-Semitic slanders. From the outset, it is important to note that Jesuits in other countries were not at all sympathetic to the Vaticanists of La Civilta Cattolica. Thus, Jean Meyer points out that “I have gone through the Jesuit journals of France, Germany, England and the United States between 1881 and 1914 and I have found nothing of the kind (…) Moreover, the Bollandists – Jesuits organised by the Flemish Jean Bolland (1596-1665) to study in profundity the Catholic saints’ calendar – (…) mostly Flemish, such as Francois van Ortroy, Hippolyte Delehaye and Francois Halkin, dismantle stone by stone the edifice of ritual crime” (Ibid.; p. 169). Moreover, in 1898 Herbert Thurston flatly denied the existence of ritual crime in the English Jesuit journal, The Month (see ibid.; p. 170). And in 1912 and 1913 the French Catholic scholars Elphége Vacancard and Féliz Vernet published articles demonstrating the non-existence of ritual crime. And also, in 1913 the French priest and historian Louis Duchesne described it as “an absurd and dangerous fable because it is the reason for killing” (Ibid.; p. 136). 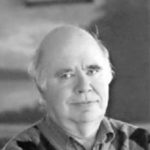