Kaiowá and Guaraní Indians were attacked and wounded by police from the Military Police’s shock battalion this Friday (24) in Mato Grosso do Sul. The complaint is from the APIB (Articulation of Indigenous Peoples of Brazil). According to reports, the attacks began in the early hours of the morning during an attempt to recover land by indigenous people from the village of Amambai and 9 people were hit.

Since early Friday afternoon, several videos circulated on social media with images of indigenous people wounded by gunshots. The indigenous people even asked for medical assistance through the same social networks. According to the APIB, three people have been missing since Thursday night (23).

It all began on Thursday night when some 30 Kaiowá and Guaraní indigenous people took action to recover part of the territory they claim, located within the Dourados-Amambai Pegua II framework, in Naviraí (Mato Grosso do Sul). The indigenous people claim that heavily armed police officers arrived using violence and shooting at people. There was no warrant. The attack continued until dawn. After the call for help, the injured indigenous people were taken to hospital. Six people are hospitalised.

The Indigenous Missionary Council (CIMI), which is closely following the conflict, reported that there is a risk that the situation could escalate and evolve into an even more violent massacre against the Indians, as happened in Caarapó (MS) in 2016. According to the entity, the Amambai reserve is the second largest in Mato Grosso do Sul in terms of population: there are around 10,000 indigenous people.

At the time of going to press, the murder of one of the Indians was confirmed, while another is hospitalised in a very serious condition. 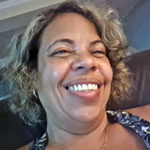