In the Philippines the family of Ferdinand Marcos returns to power through one of his sons, Bongbong Marcos. It is the return, the resurrection of the dictatorship that between 1965 and 1986 marked the country by fire for its plundering of the public treasury, its despotism, its high levels of corruption and the violation of human rights that characterised it. This was possible because Ferdinand, together with his wife Imelda, monopolised all political and military power for 21 years. The parallel between Ferdinand and Imelda and the unmentionable and his wife Lucia is inevitable given the influence they both had on their respective consorts. Therefore, this fact should not be alien to us and should lead us to ask ourselves: what has led Filipinos to return to times gone by?

The accession to the presidency of a son of Marcos, without a coup, but through elections, is a sign of the times. It is a symbol of disappointment, of the disappointment produced by a political class that has not been able to rise to the occasion. The latter accompanied by the manipulation of a whole people whose low educational level is making possible this resurrection from the ashes of a family that once had to be uprooted. He is the son of the dictator Marcos himself, who had once invited the unmentionable one when nobody invited him. Those were the times when the chancellor Hernán Cubillos, father of the constituent Marcela, was trying to sweeten the regime. The unmentionable one gladly accepted the invitation, but shortly after the plane took off, in mid-flight, the dictator Marcos decided to cancel the invitation. He had no choice but to order the pilot to return home. The embarrassment was paid for by the foreign minister’s resignation and a persistent deterioration in the international image of a regime that would culminate in defeat in the 1988 plebiscite.

For those who do not believe in resurrection, in turning back, the rise of Bongbong is a sign that should not be underestimated. Nor should the awakening of nationalism, the return to the cave times, where anything goes, where life is trampled on again and again, be overlooked.

This week we celebrated Europe Day – 9 May – which passed without much fanfare as we are going through the most complex times since the creation of the European Union. Our capacity, both to learn and to unlearn, is impressive. The European Union (EU) is the fruit of learning from the Second World War, as was the United Nations (UN) at the global level. A brutal learning process that has made it possible for countries that were enemies in war to live and work under a common political and economic framework. All this in less than half a century. Meanwhile, here in Latin America, we countries continue to follow cartwheels, incapable of structuring ourselves as a unity. All attempts to date – LAFTA, MERCOSUR, PROSUR, ALBA, FTAA, etc. – reveal our political incapacities despite our common cultural and linguistic roots.

This anniversary finds the EU in difficulty, in large part because of the enormous progress achieved since the end of the Second World War and expressed in the high levels of well-being that its inhabitants now enjoy. These levels are now being put to the test by Russia’s invasion of Ukraine and heavy migration from different countries. Difficulties that are giving rise to the reappearance of nationalisms that are testing the cohesion of the EU and the global balance.

Both the return of the Marcos dynasty to power in the Philippines and the rise of nationalism in different parts of the world are facts to which we must pay attention in order to remove them. 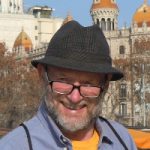