We all recognize the escalating violence that plagues our planet. It is not something new. Violence has always been there because it is inherent in the system we live in. At times we are shaken by the spectacle of war, but before a war begins there are many forms of violence, which we only become aware of when war breaks out.

Can we change the direction of events that herald human calamities of unknown dimensions?

Never before has the world felt connected through a sense of global community that we feel today, brought about by the experience of a global crisis, such as the COVID-19 pandemic, and by the emergency of a possible planetary catastrophe, whether due to climate change or nuclear war. All three situations connect us with that global feeling, generating a sense of community as a planetary civilisation.

Now is the time to awaken a global consciousness of active nonviolence and for all citizens of the world to stand together against wars promoted by the nuclear and military powers.

The union of millions of human beings of different languages, races, faiths and cultures is needed to ignite human consciousness with the light of nonviolence.

World without Wars and without Violence, an organism of the Humanist Movement, declares:

We are against Russia’s invasion of Ukraine. But we are also against the violation of human rights of Russian speakers living in Ukraine by the Ukrainian government.

Similarly, we deplore the military invasions and interventions that are taking place today in Yemen and Palestine; and which in the recent past have taken place in Afghanistan and Libya, among others, in violation of the UN Charter.

Organisations and alliances, such as NATO and the UN, have lost their purpose, because instead of preventing wars, they incite violence by their actions or inactions.

NATO should be dissolved, it is a purely warmongering alliance. It emerged as a counterweight to the Warsaw Pact, which was dissolved 25 years ago.

The United Nations must be re-founded, involving civil society, democratising the Security Council to transform it into a genuine World Peace Council that acts by truly applying the United Nations Charter, seeking mediation for the resolution of the 11 armed conflicts, designated as wars that are currently being fought in the world.

A progressive and proportional reduction of conventional weapons and the dismantling of foreign military bases must be initiated.

The total elimination of nuclear weapons and the accession of all states to the Treaty on the Prohibition of Nuclear Weapons (TPNW), which will enter into force in January 2021, is necessary.

Let us build a great civil society movement that advocates dialogue, negotiation, nonviolence and peace in this new emerging multipolar world, and let this global manifestation become the civil society bloc for peace.

The creation of a global nonviolent consciousness is necessary as a step towards a world free of violence, not only in its cruellest expression, wars, but also free of economic, racial, religious, sexual, psychological and moral violence.

“The union of all world citizens who aspire to a new world is necessary, so that together we can build the Universal Human Nation.” Silo. 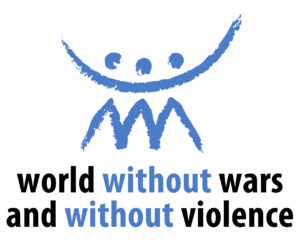