The Phoenix bird is a figure present in several Eastern cultures, known in Russian mythology as Anivia. Every five hundred years it is consumed in fire and is reborn from its ashes. For civilisations it symbolises hope, poise, memory and regeneration.

On Earth, not only did unsuspected conditions for the development of life occur, but civilisations also developed.

Among the preconditions for survival 3400 million years ago is the fascinating example of the formation of the magnetic field, which is responsible for our atmosphere, protects us from the solar wind and prevents meteorite impacts. These kinds of things lead us to suspect that “in all that exists there lives a plan” (Silo, 1972), although in these dark times we are going through it is hard to imagine.

The great technological global civilisation is on the threshold towards energy abundance, artificial intelligence, galactic exploration, life extension, the discovery of other dimensions and the use of these to travel through time, the understanding of brain connectivity with a universal non-local system and a long etcetera of new paradigms.

A maxim of survival is that any system, in this case the planet-system, cannot have internal divisions. It needs all its potential, all its technological, economic, intellectual and resource cooperation to advance to new evolutionary stages. Otherwise, to try to go against evolution would lead to the annihilation of the system. It is not an option, by the law of process, to stand still or to regress to the past.

How is it possible that we have not yet been able to overcome the regional divide? And most surprisingly, how has a dark and powerful elite been generated within the planet-system that brings us so close to the extinction of life?

Let us try to understand this through a systemic-humanist view.

Singularity analysts [1] have placed on their charts various events called “phase transitions”. Alexander Panov recorded 19 systemic crises or phase transitions [2], among them: the emergence of life on Earth (4 billion years ago), the Neolithic Revolution (between 12 and 9,000 years ago), the beginning of the Modern Age (around 1450-1550) or the crisis and fall of the socialist bloc, together with the globalisation of Information Technology (1991) (Panov, 1992).

These transitions have the quality of affecting the whole system-planet, producing a new configuration in it, which has repercussions from the most global to the most particular; after the crisis the situation of the system is so affected that it changes the image of the linear projection of the future.

The most striking thing about these transitions is that they occur in a gradually shorter time interval. That is, between the emergence of life on Earth and the Neoproterozoic Revolution, 2.5 billion years passed, but between the beginning of the post-industrial era and the Computer Revolution, only 41 years passed.

This led to an unequivocal conclusion: there would come a time when systemic crises would occur almost simultaneously, until a point of Singularity was reached, just as the laws of physics collapse inside a black hole, to use a simile.

Another question is how we imagine the after Singularity. Broadly speaking, there are three visions:

1- the downward attractor where the thermodynamics of the system is imposed (its disappearance),

2- the horizontal attractor, in which the system is stabilised by a change of scope, e.g., the virtual world (like the Matrix or the metaverse taken to the extreme)

3-and the vertical strange attractor, which implies a strong upward shift of the vector (of the cosmological arrow of time) away from natural conditions. [3]

We observe that the covid-19 pandemic should occupy a place as a phase transition crisis and in less than two years, without having concluded the previous crisis, the Ukraine-Russia conflict occurs, with repercussions impossible to imagine a few months or weeks ago.

In the words of Pepe Escobar “The collective West has just fabricated a new and sordid East-West divide”.

Not even in the most optimistic dreams of the nostalgic left would the East have predicted an exit from the dollar standard such as the one that is now taking place at a dizzying pace.

The Eurasian Economic Union (EAEU) and China are beginning to design a new monetary and financial system that eschews the US dollar, overseen by Sergei Glazyev and intended to compete with the Bretton Woods system.

Saudi Arabia, perpetrator of bombing, famine and genocide in Yemen, armed by the US, UK and EU, is moving ahead with the advent of the petroyuan.

India, the world’s third largest oil importer, is about to sign a mega-contract to buy oil from Russia at a deep discount and using a ruble-rupiah mechanism. [4]

If we apply the Panov formula to predict the next crisis following the “alpha acceleration regime” we observe that the new phase transition is imminent and leads us straight to the Singularity. From this perspective the answer as to when the Singularity will occur would be solved: it is happening now.

It is possible that these events could be triggered, possibly even connected to each other, because the covid-19 virus has the characteristics of being biotechnological, and there is increasing evidence to document this. [5] [6]

The question then arises as to whether phase transitions do not occur by their own evolutionary nature, but are also human-induced phenomena. The answer is simple, it does not really make any difference, as humans are part of the planet-system.

The next consideration is: whether it would be possible to neutralise the destructive attempts without the extinction of the destructive element. It is also obvious that this is not possible, because if the germ of chaos remains active, it will eventually find new opportunities for promotion. Moreover, what appears to be corrupt is not only a germ, because it has already spread its infection.

In other words: germ = the world’s secret elite that owns the economic-armament apparatus, which also needs a field in which it can be implemented, which corresponds to the NATO member states.

So let us try to imagine what is written in the DNA of large-scale evolution: if the outcome is not nuclear winter for all (downward attractor), there will necessarily be a collapse of the Atlantic bloc, which should happen very soon, given the acceleration in the point of the arrow of time at which we find ourselves.

Whereas the eastern side does not represent a corrupting threat to the planet-system, as it is still in a phase of generation, or degeneration, it will be seen, but is not yet in a decisive and ultimate final phase, as is the Western model.

Let us now return to Pomerants’ question: How do we get out of this situation?

If there will be a new world, it will involve the hegemony of the East alongside Latin America and Mesoamerica and, after that, an unknown stage for the planet, perhaps vertiginous, perhaps spiritual, perhaps restorative…

With reference to classical Chinese civilisation, which has such a strong influence on the society of the Far East today, it should be noted that it was precisely humanism that formed its basis (Vasiliev, 1994).

Relying on the “golden rule” of universal human ethics, “Do not treat others in a way that you would not want others to treat you”, Confucius tried to form in his disciples, and through them in all subsequent generations, a spirit of high prudence. For this purpose, he created an artificial abstract idea of a noble person, Chun-Tzu, the ideal person. This model of a highly moral and highly good human being, who does not think daily of his personal gain but of the supreme duty, who devotes himself to the education of mankind, to the education of human beings in the spirit of justice and who gives to all the impeccable example of constant self-perfection, of knowledge and reflection on new knowledge, of knowing how to act in any situation without losing his dignity, without betraying his ideals. [7]

If it is a question of faith, the time has come to keep it in mind, because it has never been so necessary. Let us pause here for a few minutes of silence, seeking to clear our minds.

Sometime during the day or night, breathe in a breath of air and imagine that you are taking that air into your heart. Then, ask strongly for yourself and your loved ones. Ask with strength to get away from all that brings you contradiction; ask that your life may have unity. Don’t spend too much time on this brief prayer, this brief request, because it will be enough to interrupt for a moment what is happening in your life so that your feelings and your ideas will be cleared in contact with your inner self.

By moving forward in this way, perhaps one day you will catch a sign. A sign that sometimes presents itself with errors and sometimes with certainties. A sign that is hinted at very gently, but which at rare moments in life bursts forth like a sacred fire, giving rise to the rapture of lovers, the inspiration of artists and the ecstasy of mystics. Because, it must be said, religions as well as works of art and the great inspirations of life come from there, from the different translations of that sign, and there is no reason to believe that these translations faithfully represent the world they translate. That sign in your consciousness is the translation into images of that which has no images, it is the contact with the Deep of the human mind, an unfathomable depth in which space is infinite and time eternal.

At certain moments in history, a cry rises up, a heart-rending plea from individuals and peoples. Then, from the Deep comes a signal. May that sign be translated with goodness in these times, translated to overcome pain and suffering. For behind that signal are blowing the winds of great change. [8]

4- All that glitters is not necessarily Russian gold.

5-Russia Mod: Briefing on the analysis of documents related to US military and biological activities in Ukraine.

PART ONE: A new planetary configuration after the war in Ukraine I 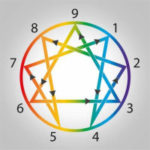