The Cultural Cooperation Team of Korea hosted a successful concurrent exhibition in five venues at the Demilitarized Zone (DMZ) areas through its first Art & Peace Platform from September 15 to November 15, 2021. 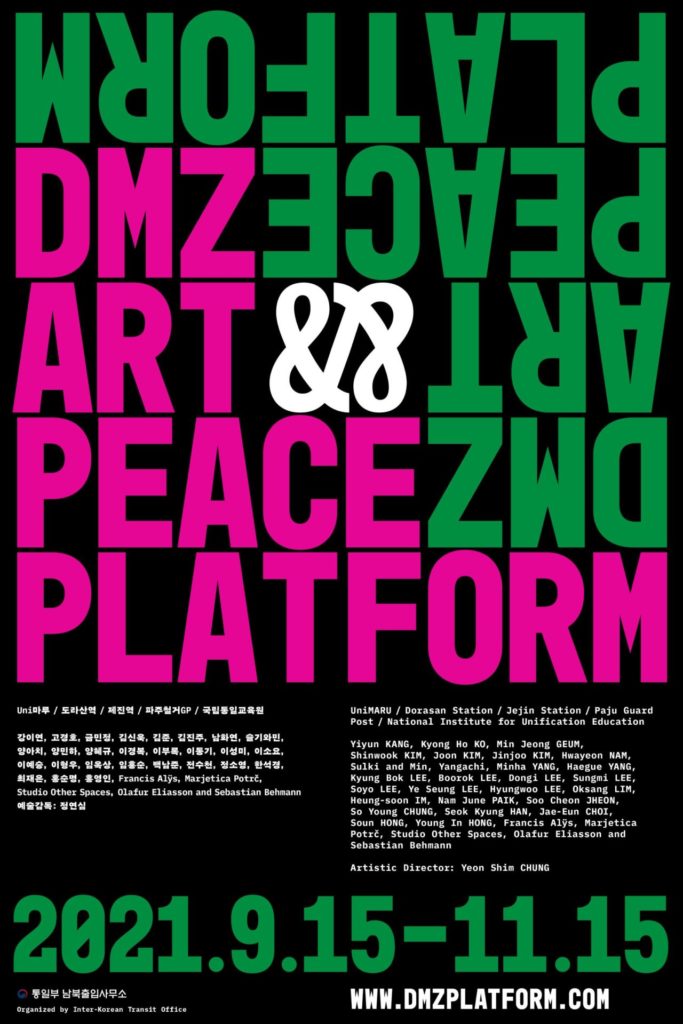 Organized by the Inter-Korean Transit Office, the press release kit indicated that after the Inter-Korean Summit in 2018, the Ministry of Unification aimed to support and establish a peaceful agenda in the Demilitarized Zone (DMZ). To fulfill this objective, the Cultural Cooperation Team was formed in October 2020 as a part of the Inter-Korean Transit Office, to take charge of creative arts and cultural projects. The members engaged in all tasks necessary to launch the first-ever art space in the DMZ, such as exhibition planning, remodeling the exhibition space, marketing, and the administrative work that closely involves public access to the DMZ.

In her exhibition statement, artistic Director Yeon Shim CHUNG, a professor of the department of Art History and Theory at Hongik University in Seoul, said that thirty-two internationally acclaimed South Korean and foreign artists are participants in the 2021 DMZ Art & Peace Platform. The exhibition highlights narratives of the DMZ’s past, present, and future, transforming the zone into a new “contact zone” – a borderless peace zone. 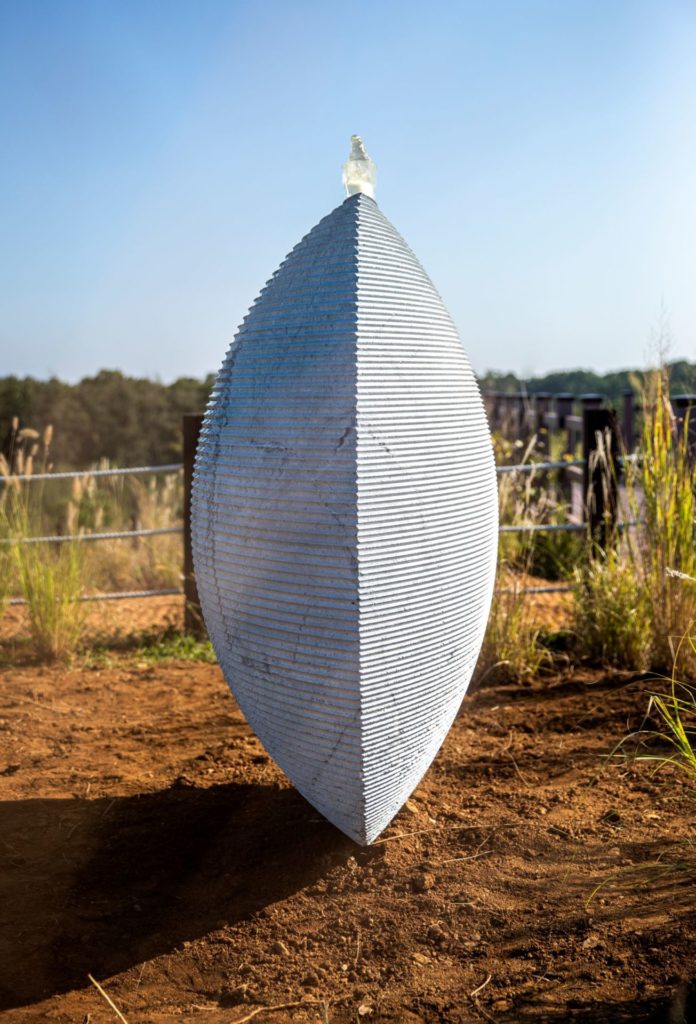 I have been to the DMZ a couple of times myself and have felt the tense vibes between the two countries at the border areas. But, it might convey to anyone with uncertain thoughts that could inevitably lead to wishing for the reunification to really happen soon. Besides, the DMZ 250 kilometers (160 miles) long and about 4 kilometers (2.5 miles) wide areas, are so naturally abundant and “ … recognized as one of the most well-preserved areas of temperate habitat in the world.”

One of the internationally acclaimed contemporary artists who showed his creativity at the platform was Olafur Eliasson, who once said, “ I think that as artists, we have the responsibility to connect with the people who will be deciding on the space for us in the future.” He adds that making art can be about making very clear and specific changes in the world*. 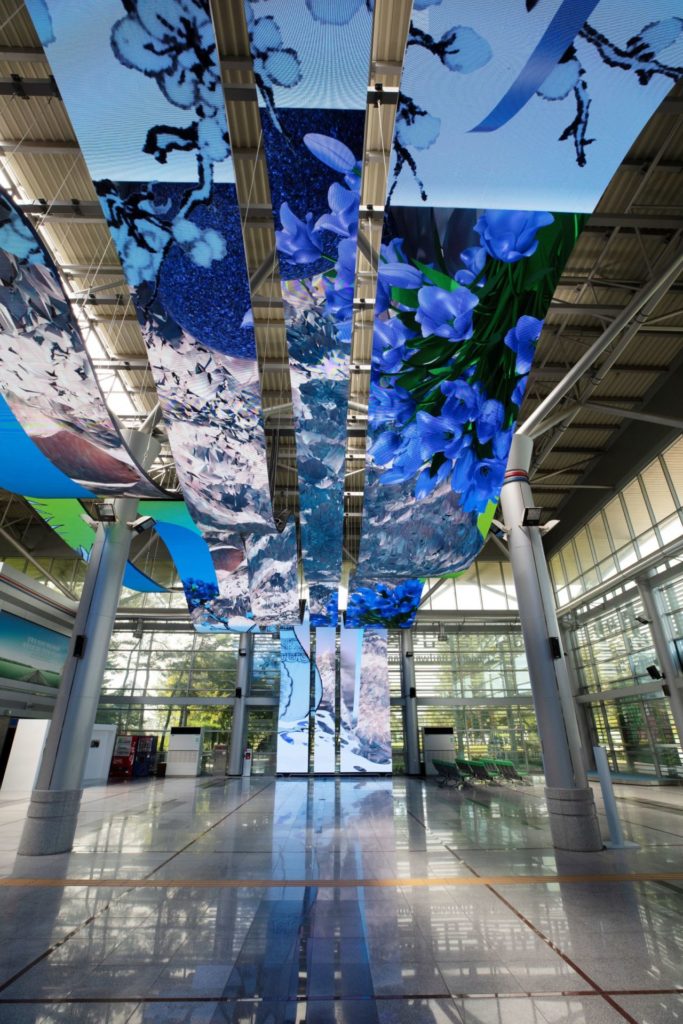 Thanks a lot to Sojin Joy Kim, an exhibition coordinator for the 2021 DMZ Art and Peace Platform, who provided so much information and images to Pressenza. I would like to present the exhibition’s statement forwarded by Yeon Shim CHUNG, Artistic Director, to the readers.

The Korean Demilitarized Zone (DMZ), a fortified border barrier instituted by the Korean Armistice Agreement of 1953, has left the devastated South and North divided for decades since the Korean War (1950-1953). This extensive 150 miles long and 2.5 miles wide border spans the Korean Peninsula, with concertina wire fences on both sides. It is a physical scar left on the land, a place where the brutal memories of war linger but are also redefined. Civilian entry into the DMZ is limited for safety reasons, and the decrease in human activity has naturally preserved the region’s ecosystem. However, the numerous undiscovered landmines in the DMZ still pose a real threat in the seemingly peaceful landscape. This exhibition attempts to construct peace and ecology zones in order to re-envision Korea’s DMZ, which is currently a symbol of division and war. It also seeks to establish art communities in the DMZ to commemorate the painful memories of the past.

The 2021 DMZ Art & Peace Platform employs five different venues in and around the DMZ: UniMARU, which is located within the Inter-Korean Transit Office; Dorasan Station and Guard Post in Paju City; Jejin Station in Goseong County; and the National Institute for Unification Education in Seoul. Of these, UniMARU is a special art space newly renovated by leading architect Hyunjun Mihn in spring 2021. Its name is formed from the words unification and platform (maru in Korean), which describe its aim to transform the former Inter-Korean Transit Office building (entry-exit control office) into a platform for unification. Each exhibition site embodies the concepts of unification and peace, ecology and sustainability, connection and solidarity, interaction and expansion. The DMZ Art & Peace Platform ranging from the west coast of Paju to the east coast of Goseong travels to the global space, going beyond borders via an online platform. 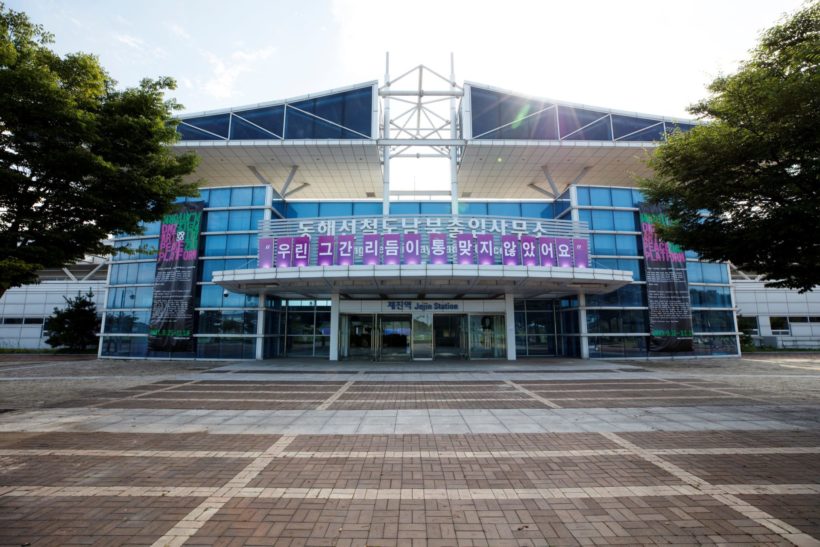 Thirty-two internationally acclaimed South Korea and abroad artists are participating in the exhibition 2021 DMZ Art & Peace Platform, highlighting narratives of the DMZ’s past, present, and future, transforming the zone into a new “contact zone” – a borderless peace zone. Participants feature diverse subjects such as ordinary people and their daily lives on the border between South and North; the “deferred memories” of displaced people and the war images, represented by Millennials, Generation Z, and the post-war generation that did not live through the Korean War; invoking the names of endangered species to heal spirits; pondering the coexistence of environment and technology during the pandemic and climate crises. The border is there, acting as a barrier, yet the artistic imagination and desire for peace in the DMZ will always be as borderless as birds, wind, water, and grass. Borderless DMZ. –Yeon Shim CHUNG (Artistic Director) 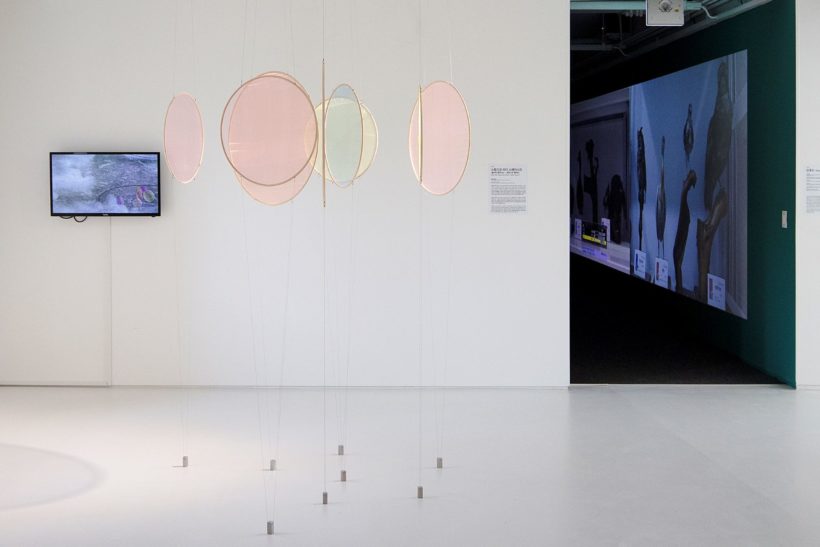 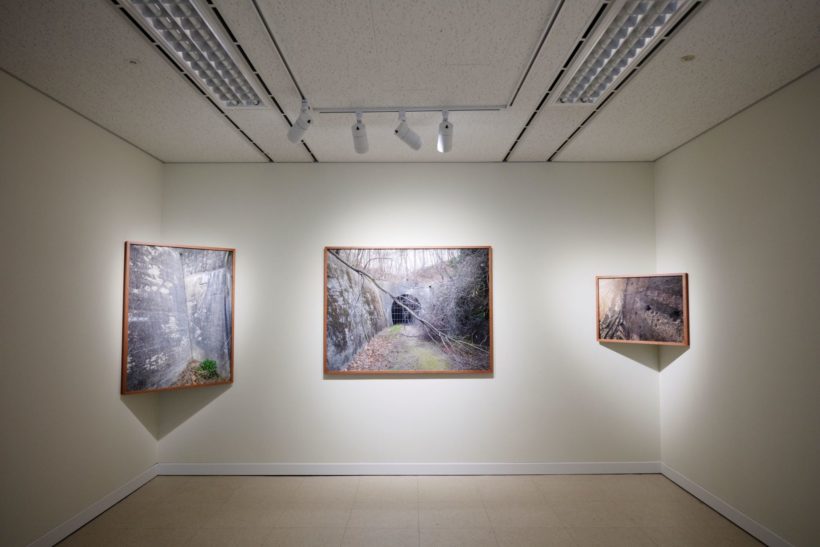 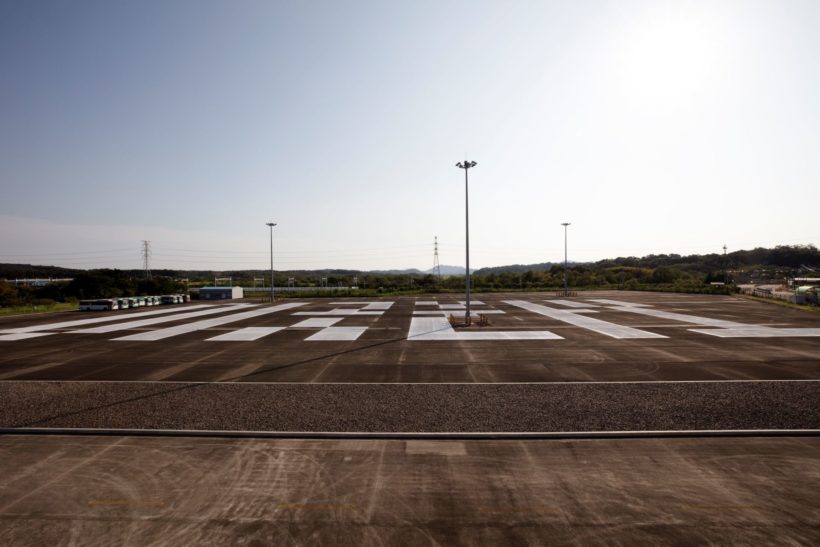 Further information can be accessed: https://dmzplatform.imweb.me/124

All Photo Credits: by organizers.