Around 100 organisations from 114 countries and nearly 3,000 activists are meeting this weekend in Barcelona to participate in the Second World Peace Congress, organised by the International Peace Bureau (IPB).

The aim of this second congress is to provide a space for all those involved in international peace and justice movements to meet and share experiences.

To create a place to foster synergies between organisations and individuals and between interconnected social movements fighting for global justice: peace and disarmament advocates, feminist and LGBTQ+ activists, environmentalists and climate activists, anti-racists and indigenous people, human rights defenders and trade unionists.

Several personalities welcomed the participants to the congress; the mayor of Barcelona, Ada Colau, who called on the Spanish government to urgently sign the nuclear non-proliferation treaty; the president of Catalonia, Pere Aragonès, who recalled Catalonia’s commitment to peace; Jordi Calvo of IPB Barcelona, who affirmed how the end of the occupation of Afghanistan proves pacifists right; Kristian Herbolzheimer of the Institut Català Internacional per la Pau (ICIP) announced that the first Catalan congress on the culture of peace will be created.

To end this first day, a performance “a vigil for peace” was held, organised by Pressenza and the association World without Wars, in which the participants in the congress built a symbol of peace and a symbol of non-violence while listening to the hymn to joy, the “cant dels ocells” and Imagine. The event closed with a plea for an end to wars, the overcoming of hatred, revenge, estrangement, frustration, resentment and all those dreams and desires that have brought ruin and death to humanity. 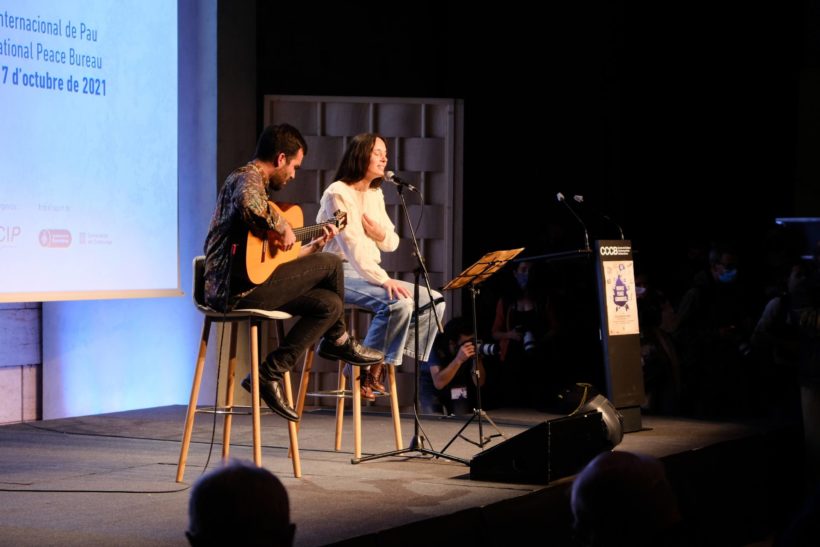