Towards the end of the 18th century, the economist Thomas Malthus published a study linking demographic dynamics and the dynamics of food production.

This thesis, later known as the “Malthusian catastrophe”, foresaw a situation of global pauperisation by the year 1880.

According to his analysis, population growth was growing geometrically, while food production was growing arithmetically.

As is evident, the catastrophe not only did not occur, but both population growth and food production have continued to grow.

The fact that nutritional deficiencies still persist for large sections of the world’s population is not linked to the availability of food, but to the various barriers to its access. These barriers are of a social political nature.

It is interesting to note the intention to understand and operate on social reality in those years of a nascent positivism, in which notable efforts were made to remove the cement cover of centuries of medieval obscurantism.

In the following decades, it would become increasingly evident that everything that aims to understand the social and to propose hypotheses for intervention can hardly be reduced to mathematical formulas and approached as if the human being were an object of natural study in a laboratory.

The denaturalisation of the human, both existentially and in its social dimension, has been deepened by successive theoretical currents and disciplines, and in epistemological discussions, the social sciences focus more on the attempt to understand the human phenomenon than on the design of a theoretical corpus from which natural laws are derived to enable the prediction of its development.

The notion of the human in particular, and the social in general, was transformed from an idea of fixity to a conception of permanent transformation.

A derivation of this change of conception is linked to poverty studies.

If at first poverty was only understood through the analysis of income levels, then new dimensions were added to study living conditions: the so-called unsatisfied basic needs (UBN). More recently, qualitative dimensions such as capabilities and skills have also been included.

By including various dimensions, some quantifiable and others of a qualitative nature, we no longer speak of poverty, but of a “situation of poverty”, emphasising that poverty is not a naturalised and eternal condition, but a “situation” in which a person or family or community finds itself and which is feasible to transform.

The same criterion applies to wealth (here wealth as opposed to poverty).

But this is not usually taken into account. In a counter-scientific and counter-intuitive way, we tend to consider that the poor will remain poor and the rich will remain rich (with all the range that this implies).

To give an example, in the neoliberal period in Argentina that began in the 1990s, a new social group emerged that was called the “new poor”.

This new poverty was generically made up of a professional, non-property-owning middle class that the transformation of the model expelled from their jobs and from their rented flats or houses into a situation of unemployment and new forms of habitat.

Basic income (BI) is an excellent antidote that makes it possible to compensate and contain conjunctural social changes that in a very short period of time produce important impacts on individual, family and community situations.

The BR is usually associated with the interest of ending poverty.

The implementation of a monetary income for all people (universality), received by each one of us (individual), without any required consideration (unconditionality), in amounts that enable us to acquire the goods and services essential for life (sufficiency), from birth to death (permanence), would quickly put an end to poverty, without any doubt.

At least in that way of measuring income poverty.

When it is said that the rich do not need BR it is also correct, only if it is believed that this wealth is guaranteed. Surely certain levels of accumulated wealth can give some semblance of a guarantee that the wealth situation is permanent.

But this is just another illusion that has no basis in the understanding that it is change and not fixity that characterises the social.

Basic income is therefore not only a key issue for people living in poverty today.

Because of the condition of permanent transformation of the existential and the social in the human, the Universal, Individual, Unconditional, Sufficient and Permanent Basic Income should be a social policy to be implemented immediately and which would improve the living conditions of the whole society. 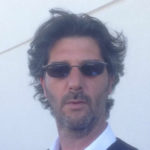