I write this letter to you, regretting that finally you were not able to come to Chile on December 2019, due to the cancellation of the environmental summit that was going to be developed in our dearest country. I was born in November 2018, so I would have been expecting for you at my home.

If you would have come to Chile, we would have been delighted that you could have made the time and travel to Arica, northern limit of Chile, where Chile and Sweden meet, due to a unfortunate history of 20.000 tons of toxic waste that where landed at Arica in 1984-1985. A group of habitants of our city sent an invitation for you to come and see, but unfortunately you couldn’t come. The toxic waste accumulated keep creating problems on the population, children and older people are suffering from Cancer, squeletic malformations, learning problems and many other diseases, due to the high content of Lead, Arsenic, Cadmium and Copper, between other chemical elements that these toxic wastes have.

Sweden and Chile have a long history of friendship and brotherhood. Sweden received a big group of Chileans that escaped of Pinochet’s dictatorship on 1973. Sweden received them very well, approximately 2.000 people at least found a new home in your lovely country.

Coming back to the present, it is a disgrace that the Swedish government didn’t look into the negotiation that private companies of Sweden (Boliden mineral AB) and Chile (Promel ltda.) did, in order to send the 20.000 tons of residues, both governments were conscious of the issue and could have ruled, given the permanent effect that this business would have over the Chilean population, until today the estimation is that over 12.000 people have been affected, and the effect is still going on today.

The current situation of the waste deposit is that it is surrounded by a wall of about 2 meters high, but exposed to the air, with the consequent effect of the wind and the presence of birds that are contaminating themselves when they step on the deposit or getting nearby. The wind lifts the contaminated dust that deposits itself on the nearby houses and gets into the people’s cells, generating all the medical problems that have been demonstrated. Depending on the direction and strength of the wind, this effect can expand significantly. Today, after 37 years of the original landing of the toxic deposit, the conditions persist and will continue to affect the future generations as long as they are exposed to the present conditions.

The concrete action that must be done in my point of view is, retrieve all the toxic waste accumulated and send them back to Sweden, its original place, and close hermetically the area where now the waste is located, this should have been done on the first place. To do this work now we need will and money from the companies that generated this problem, and in absence of their participation, then the governments of both countries should do it, because they failed to their people in the defense of their constitutional right to live in a clean environment.

This case as you might be aware was taken to the Swedish courts by a group of Chilean families and the Swedish courts ruled against the population of Arica, because they argued that the case was overruled because it had been more than 10 years and because of that the case was null. The truth is the case is still present and its effects are today real, thousands of people keep on being exposed and will continue to be, meanwhile this issue is not properly managed, from a socio-environmental point of view. This is an urgent matter.

That same blowing wind that was going to bring you to Chile, in that yacht that didn’t have any greenhouse gas effects. That same wind is the one which is in this other case, poisoning the kids and the population of Arica at least, that now reach 230,000 souls and because of the effect of migrating birds and the ones of the area, who knows which other environments and places on the world are now under threat.

The amount of money needed to do something as I propose, I have no idea, but I know it is something insignificant for the companies involved and less still for both countries, Sweden and Chile. How much suffering is needed in order that greed is only the necessary to be able to dream and do new projects, but without exceeding and damage other people? You are a girl just as I am, many years of life I hope you have ahead of you, and that we are able to meet some day. I hope also that myself, living in Arica today, will have no effects on my health and to the people I love and care about.

If there is something that you can do in order to help so that something can be done about this issue, I am very much grateful. TAK TAK.

P.S.: My grandfather, Rodrigo Infante Varas, wrote this letter for me. I am only 2 and a half years old, but soon I hope I am old enough so we can meet. I hope that it will happen. 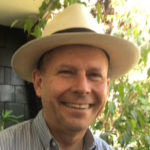