I met KK, as he is affectionately called in Zambia, in 1989 when I accompanied Silo (Mario Rodríguez Cobos) on his official visit to Lusaka as a guest of the president.

Silo, founder of the current of thought known as Universalist Humanism, had just participated in the founding of the Humanist International in Florence, Italy, the previous week.

Our delegation consisted of Silo, Fulvio de Vita and myself, and we stayed in Lusaka for 3 days as official guests of the president.

Kaunda had sent his ambassador in Rome to represent him at the founding event of the Humanist International, with the task of organising the visit to Lusaka.

Kaunda defined himself as a humanist, rejected violence and played a key role in the struggle against apartheid in South Africa, providing asylum and protection to the ANC (African National Congress) and its leaders, until the release of Nelson Mandela from a 27-year imprisonment in the Robben Island fortress prison, and other prisons.

Kaunda shared many hours of conversation with Silo, captured by him in an account under the title “Kaunda”, in his work “The Day of the Winged Lion”, containing his impressions of the visit.

This video is in Spanish, please, apply subtitle in English.

Kaunda, founder and first president of the Republic of Zambia in 1964, remained in power for 27 years until 1991, leading the de facto political struggle against the white minority government in South Africa. In 1991, he called for multi-party elections in Zambia, following the release of Nelson Mandela and the signing of agreements and assurances by the apartheid government to call democratic elections for the first time.

His fundamental work was done, with Mandela in charge, the liberation of the last colonialist stronghold in South Africa was assured.

KK retired peacefully and dedicated the last period of his life to the fight against AIDS and other humanitarian causes in Zambia, one of the countries with the highest incidence of the disease in Africa.

After our brief visit to Lusaka in 1989, I did not see KK again until 1997.
I was always curious to learn more about this icon of the struggle against colonialism who shared a humanist philosophy from other strands of experience.

By accident I saw an advertisement for a lecture by Kaunda at the Methodist Hall in London. I made up my mind to try to see him again and thus complete my knowledge of this exceptional figure I had seen during the brief visit to Lusaka years before.

I had no tickets and the hall was packed, I approached the door, which at that moment opened and KK appeared followed by probably security personnel, heading towards the toilet. I thought that was auspicious, and waited for him to return. There I intercepted him and hurriedly introduced myself as the secretary of the Humanist International, reminding him of our visit to Zambia.

He stopped, looked at me and said, yes, I seem to remember… he instructed his companions to give me the details and we arranged to meet the next day at his hotel, disappearing back into the crowded room.

Our meeting was cordial, with humour and sympathy. We exchanged some of the experiences of the last few years. He wanted to know about Silo and the progress of Humanism and the International, we talked about the incorporation of UNIP into the International, the changes in the world situation… after a couple of hours, we were like old colleagues on the road in the struggle for human freedom.

We explored the possibilities of the International’s collaboration with the possible return to power of his party in a corrupt and fractured Zambia under Frederick Chiluba’s government.

This was the first of a series of visits by KK to London that year and the following, where we met frequently, and sought to support his contacts with political and business figures who could eventually facilitate a possible UNIP return to power. 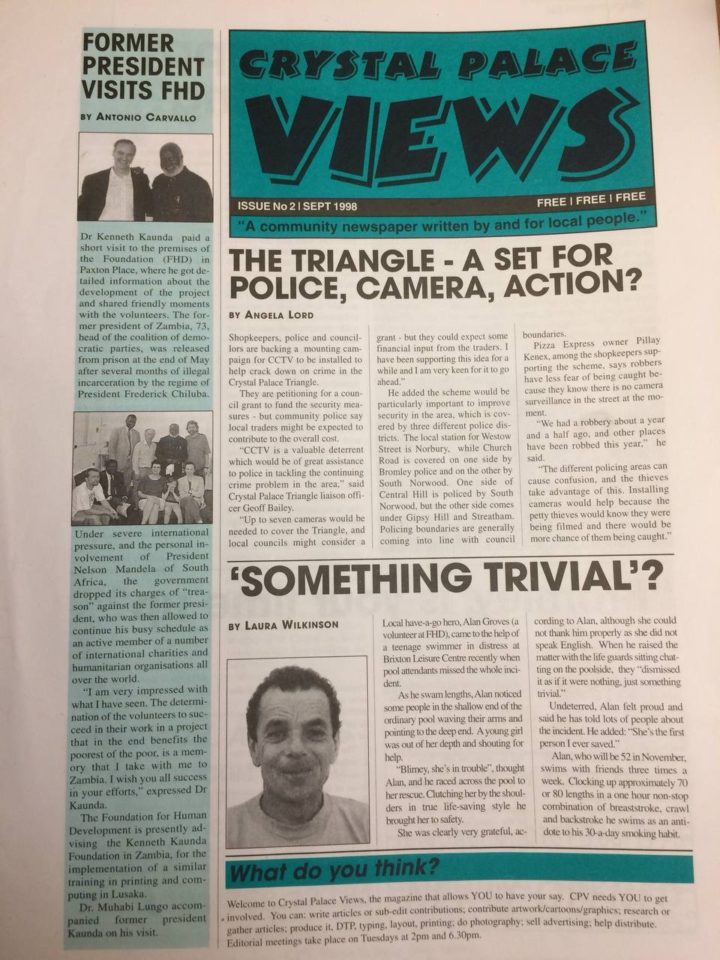 KK was imprisoned on a spurious charge of treason. His nationality was suspended, on the pretext that he was born outside current Zambian territory, and his son was killed in what was presented as an attempted robbery.

Unable to guarantee his safety in Zambia, KK took up residence in Zimbabwe, under the protection of Robert Mugabe.

Kaunda was a good, brave and consistent man in a troubled and violent world at the end of African colonialism. I never heard him speak with violence or resentment. True to his principles, sober and honest, he has left for future generations in Africa and the world, like Nelson Mandela, a non-violent, humanist and inspiring role model. 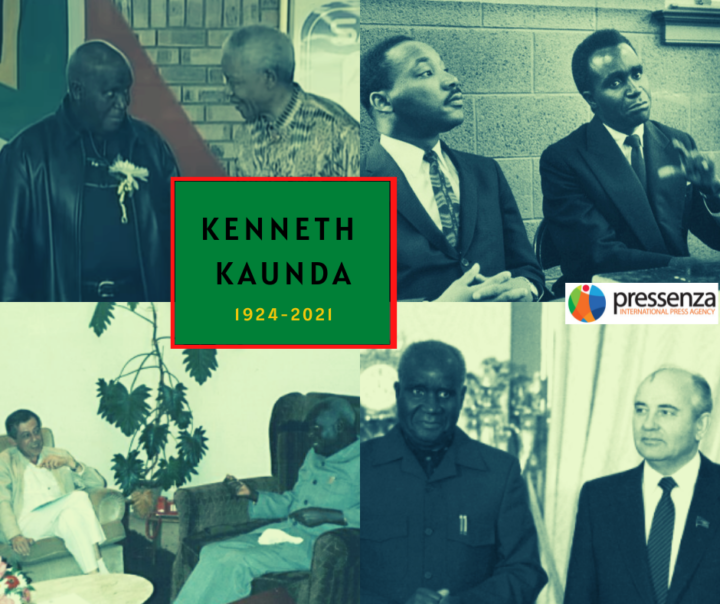 Antonio Carvallo
Antonio Carvallo is one of the organizers of the WHF-Asia. With a background in law from the University of Chile he joined the starting Humanist Movement founded by Silo, Argentine author and spiritual guide, in 1969. Over the subsequent years he helped developing this current in Peru, Venezuela, Sri Lanka, Australia and the United Kingdom. From 1989, as General Secretary of the Humanist International, he travelled to Zambia establishing high level links with the Kaunda Government as it transitioned to multi-party elections. He worked in close collaboration with the Moscow Humanist Club and the Russian Academy of Science in the times of Perestroika. He was involved in the organisation of the first Humanist Forum in Moscow in 1993. Presently, Antonio is occupied supporting the development of the World Humanist Forum in Asia.