Every year, April is a special month for aspiring astronomers and stargazers all over the world as it is Global Astronomy Month. So what does it feel like attending an online Cosmic Concert organized by Astronomers without Borders? 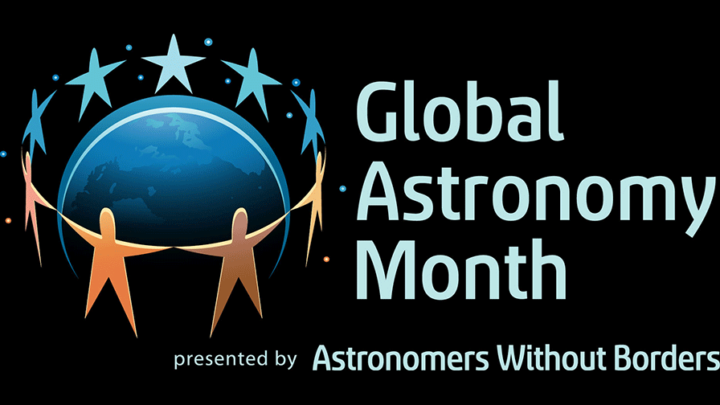 In fact, the feeling was that of being “One people one Sky”. Just as the motto of the organization proudly claims. Being part of the AWB community myself since 2012, I felt the concert was a motivation to reflect on our deep existence as one people on our planet earth which is part of the Milky Way galaxy and the infinite universe out there.

The cosmic concert by pianist Giovanni Renzo last April 29, 2021 was a collection of compositions and improvisations conceived as a visual and poetic exploration of the universe. The Italian pianist Giovanni Renzo performed his music drawing inspiration from videos and photos made by some of the best photographers from around the world: Valentin Grigore, Gary Varney, Hubble/ESA.

The concert was the final result where music and astronomical videos has been mixed in a natural flow of music and spectacular images. Pianist Renzo has had a long-term fascination with the relationship between music and astronomy (such as star maps changing into scores or compositions based on the beat of the pulsar). Since 2010, he has been invited by Astronomers Without Borders to perform his works live during Global Astronomy Month. The online concert was one of the most successful events of the general program.

Personally, the cosmic concert reminded me of two memories, reaching back many years ago when I was a young student. Like so many young ones who dream of being an astronaut, I got a CD from NASA. I still have it with me, and it is labeled; Imagine the Universe: STARCHILD. It was packed with so many different images and photographs of our fascinating universe, along with a brief explanation written by a professional astronomer. The second memory was a first-ever experience of stargazing into the Milky Way galaxy on the central highlands of Ethiopia at an altitude of 3200m above sea level while taking a vacation with my close friends in September 2011. That particular vivid experience of the sky view combined with a popular statement by Carl Sagan in his book: Pale Blue Dot, A Vision of the Human Future In Space, which is usually quoted as “Look again at that dot. That’s here. That’s home. That’s us. On it everyone you love, everyone you know, everyone you ever heard of, every human being who ever was, lived out their lives.” The same wonderment and imagination of outer space always give me inspiration for my creative endeavors.

Here is a brief introduction of Astronomers Without Borders which is taken from the community website: www.astronomerswithoutborders.org

Boundaries vanish when we look skyward

ONE PEOPLE, ONE SKY

We all share the same sky and Astronomers Without Borders brings the world together to share our passion for astronomy and the wonders of the Universe.

Observing projects bring people together to share their activities with each other.

Support projects allow those in developed countries to share with others, making it possible for everyone to enjoy the wonders of the night sky.

Online programs bring everyone together live for remote observing.

And in the process of looking outward together, we learn about each other and create lasting bonds, regardless of country or culture.

It is this bond between people that Astronomers Without Borders hopes to foster. A brief message or the gift of a small telescope can grow into lasting bonds, goodwill and friendships that reach around the world. Understanding replaces ignorance and suspicion. Media images are superseded by the faces of real people. Relationships, support and personal connections supplant stereotypes.