Taking a stand against the culture of violence

On January 27, 2021, Ana Koleva, a young woman from Kavadarci, a small town in the south of the country, published a video on Instagram about her experience. In the video, she explained how her photo was stolen from her Instagram account and shared in a Telegram group for sex predators, along with her phone number and other personal information.

Public dissatisfaction exploded on the anniversary of the unveiling of a scandal involving a Telegram group called Javna Soba (Public Room), an allusion to the term “public house,” a synonym for a brothel. The idea that such groups are still operating freely a whole year after their existence became widely known fueled the public outrage which culminated in the February 3 protest, which was organized by 16 women’s rights organizations, human rights groups, and numerous activists.

The protesters condemned impunity for criminal behavior, including online and offline violence against women. They marched through central Skopje streets under the banner “Public Room is a Crime,” walking from the Ministry of Interior (MOI) to the main Public Prosecutor’s Office, the two institutions in charge of handling cybercrime cases. According to legal procedure, when such a crime is reported, MOI forwards the request to the Prosecutor, who orders the police to start an investigation and build a case.

The protesters issued the following demands:

We demand that Public Prosecutor Office solve the Public Room case without delay and thoroughly. It represents a criminal act enabling gender-based violence against a large number of women.
We demand appropriate sanctions against the administrators of the [Telegram] groups, as well as for all the members who have been sharing and continue to share photographs and personal data of girls and women.
We demand and insist that online sexual harassment be specifically regulated in the Criminal Code.
We demand that competent state institutions provide appropriate care for the victims. 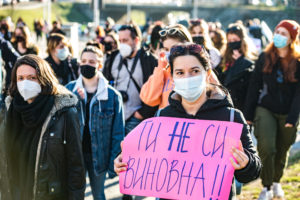 “You are not to blame” banner addressing the female victims of sexual abuse. Photo by Vančo Džambaski, CC BY-NC-SA.

The Ministry expressed support for the protest through an official announcement the same day. They claimed that all the steps that are within their competence regarding the recently reported cases of online sex abuse have been taken, including detaining four persons whose phones were confiscated and examined and will be forwarded as evidence to the Public Prosecutor’s Office.

In January 2020, human rights defenders designated Public Room “a bunch of sexual predators who view women’s bodies as objects without right to privacy.”

At that time, the police took several weeks to file charges against the alleged administrator and moderator of the Telegram group, who were not jailed. The then-minister complained that they couldn’t do much more because Telegram has a policy of not sharing group members’ data as part of pre-investigative procedure. By January 27, 2021, the Prosecutor had not yet ordered an official investigation, let alone initiated a court case.

Much of the content on these groups consisted of “revealing” photos of women taken from their social media accounts, such as vacation photos, accompanied by doxing — the revealing of their phone numbers and other personal information, including intimate photos from ex-partners and personal messages. The initial group had over 7,400 members, and another similar group called “Hm….” that formed days after the scandal broke had 3,779 members.

A year later, it seemed that the people who ran the first version of the Public Room group simply migrated to a new version, even using the old name. Besides domestic doxing of victims from North Macedonia, these groups enable networking with sexual predators from neighboring Serbia and the sharing of compromising material of women from both countries.

When the scandal broke for the second time, the police requested that Telegram close the group. The prime minister even threatened that if Telegram refused to comply, the government would block access to the app for the whole country, in what would have been the first case of official internet blocking in the history of North Macedonia. 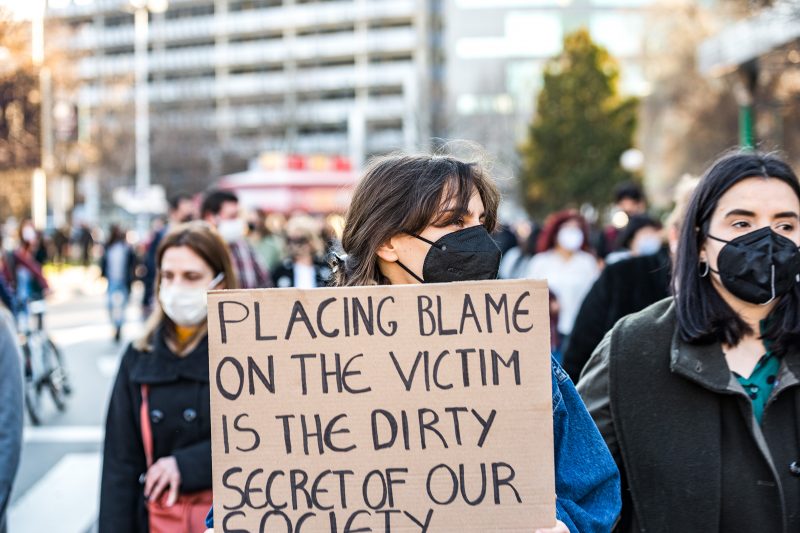 Telegram closed the Public Room group on January 28, with a notification that “this group can’t be displayed because it was used to spread pornographic content.”

Saluting this move by Telegram, Minister of Interior Oliver Spasovski warned that another similar group was still operating on the platform and that the police would take actions against its members too.

Ana Koleva’s courageous act received attention from mainstream media, and also from the authorities. The Minister of Justice held a meeting with her and announced that stalking would be included in the Criminal Code as a felony, to provide additional protection from gender-based violence. 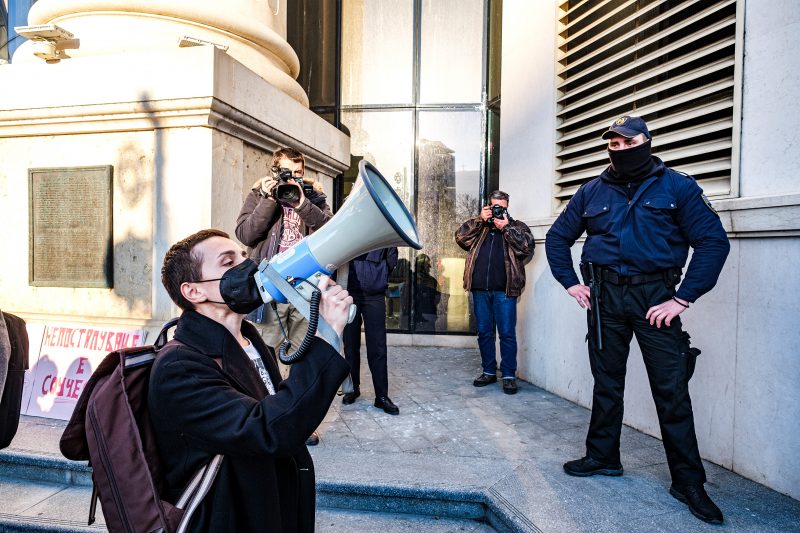