December 18, International Day of the Migrant

Six months. History tells that from Italy’s unification, in 1860, for a hundred years, almost twenty million Italians left their land to try their luck beyond the ocean in unknown and exotic countries. In their promised land, people could hope to find a job and achieve some prosperity instead of facing the gift of misery and hunger. And so it was. In Brazil, they arrived at Santos’ port and climbed the mountain range by train to the Immigrant’s Inn, where they were quarantined and then dispatched to the coffee farms to replace the newly dismissed slave labor. It didn’t last long.

The bulk preferred to return to the city of São Paulo and give life to the urban proletariat in the factories, tenements, and the emergent domestic industry. Some of them headed south, where the climate and the most generous land allowed the blooming of small farm communities that spread vineyards and started worshiping wine and bread. Many went to Argentina or Uruguay. Some chose Venezuela. So many others, the United States of America. They packed and took anarchism in their luggage, created the first trade union organizations, brought to light the issue of labor rights, the concept of family, pizza, and the mafia. They became socially discriminated groups; many were even prosecuted and executed.

European immigrants in the central courtyard of the Immigrants’ Inn, in São Paulo. Public domain picture.

Today, the descendants of all those people represent a population of 80 million Italo-Brazilians. The motherland –Terra Nostra– seems so far away since their country’s unification. Now the promised land has become an economic power, millennial and culturally rich. It has molded its people through a thousand deprivations. It has gone through two world wars, fascism, resistance, and civil war, and these were followed by the country’s second artistic renaissance that flourished through cinema, music, sport, and industrial strength.

Six months. Born in a place so far away that it doesn’t even fit in the map, breathing sand, going through all sorts of discomfort and beaten up from a relentless sun, until reaching sea waters. There he waits, day after day, week after week, waiting for the end of an approaching endless journey, full of an empty hope –the kind that nobody knows for sure what to expect. The only certainty is the deadly doubt that the trip may not have been worth it. The sea is ahead. The very same sea their ancients once called Nostrum, which means ours, because all the waves, all the currents had already been unveiled.

Nostrum –ours–, because the world was like that, the immense Mediterranean where the Pax Romana and the Empire of Law were worth building the only possible world. Today, the Mare Nostrum means the only mine, never yours, nor someone else’s. My sea, my only sea, is now to be defended from any passage or crossing, from those who dare sail it to get here, to steal my job, rape my women, and spread disease. Six months.

Eighty kilometers separate Albania from Puglia, the magnificent region of southern Italy at the heel of the boot. And on that day, August 8, 1991, they came in the thousands. And suddenly, out of the blue, their ship docked in Bari. And suddenly, out of the blue, Italy discovered that it was a rich country, a country from which no one wanted to flee and emigrate by exporting trade unionism, pizza, and the mafia. 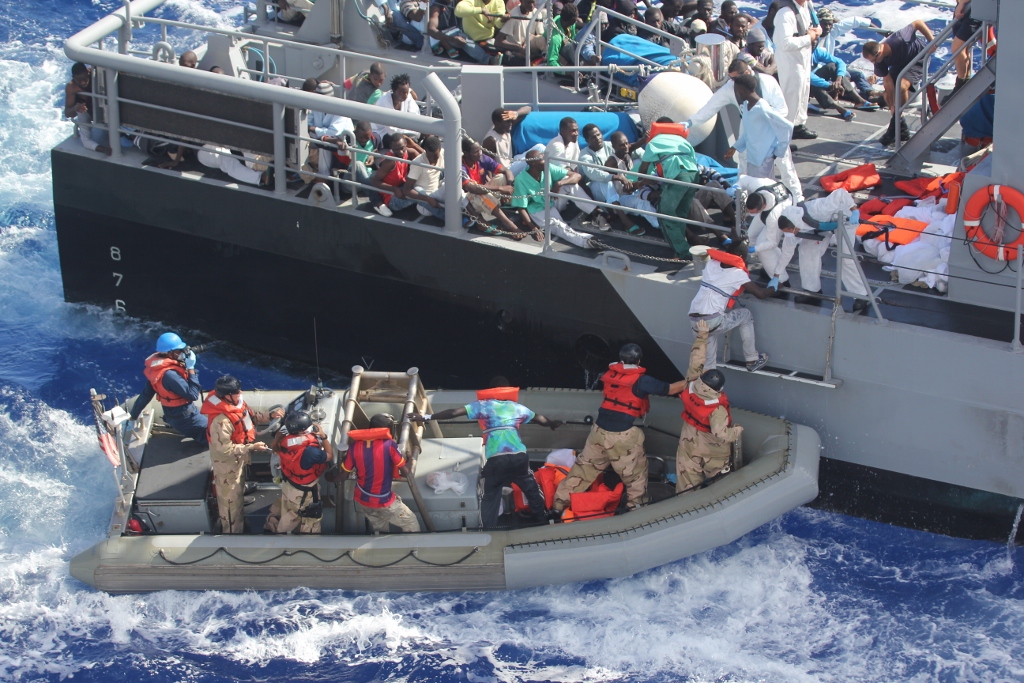 Thousands of bodies were trying to sneak between police officers and soldiers who couldn’t stop the landing crowd. Many were taken to a stadium for an unlikely screening attempt. Who were all those people, where did they come from, what did they want? That was something nearly impossible to find out. Hunger, heat, lack of hygiene, the desire to flee anywhere, the general turmoil, these altogether turned the stadium into the new kind of concentration camp, where the rules of law were no longer in force, where human rights have been abolished by circumstances together with the inability of the authorities to cope with the situation.

Thirty years have passed since then. Now it’s not just Bari Stadium anymore. It is now the whole of southern Italy that has turned into a vast refugee camp, where people are gathered in eternal waiting for a permit, a visa, something to let them out of there, to stay, settle, live and work beyond any barbed wire.

What seemed a desperate move made by 20,000 Albanians today is the largest international human trafficking industry. After crossing the Sahara, in Libya, people are gathered in massive prisons under the control of the militia chiefs who have dominated the territory since Gaddafi’s fall. But the only way to get out and continue their journey to the Italian beaches, the gateway to a world that doesn’t want them, the only possible way is to pay for the trip.

In the meantime, the wanderers are forced to ask for the ransom from their families back home, and only then could they go on with their intended journey. In addition to receiving from migrants, in addition to blackmailing their families, now there is something new: the human traffickers have been paid by Italy and, reflectively, by the European Union, whose attitude, since the time of the Albanian ship, has always been to ignore the situation as if it were an exclusive problem for Italy.

Six months. In thirty years, millions of people ranging from Africa’s depths to the Middle East have tried to cross the Mediterranean Sea. Human traffickers maximized their profit by increasing the number of trips to the detriment of the vessels’ ever-lower quality. No more ships, but inflatable boats, dragged into international waters and then abandoned adrift.

When the bodies began to appear by the hundreds on Sicily’s beaches in the face of a lack of intervention by the authorities, civil society organized domestic aid NGOs which, in defiance of Italian law, went out to the sea to collect the shipwrecked. Today, many of these relief ships are being held in ports, and their crews are sued. Their offense is to save lives without “complying with the appropriate safety standards” on ships where “the number of toilets on board is proportionally lower than the number of passengers collected” (as if it were possible to know in advance how many castaways will be found at sea), where it was found that “in the vessel, there were more life jackets than the capacity to carry passengers.”

Today only the ship of the Open Arms is present patrolling the routes in the Mediterranean Sea –the NGO founded after the humanitarian tragedy in Bodrum, Turkey. There, migrant boats sank killing dozens of people, including a boy in a red shirt, whose image, lying lifeless on the seaside, traveled the world. Preventing the action of relief vessels means removing and silencing witnesses to one of the greatest crimes taking place in that sea zone between North Africa and southern Italy, one of the greatest crimes against humanity of our time.

It is as if the voice had to fill out all possible spaces, as if the scream has come out of the hands, arms, legs, contortions on the floor of the boat that saved her from the water. The inflatable boat had just deflated and sunk. Falling into the sea was over a hundred. I’ve lost my baby, I’ve lost my baby. The search goes on. People rescued are alive on the ship. In the infirmary, a desperate mother hugs her fragile newborn whom the doctors try to revive. He seems to improve. Connected to a mechanical respirator, he finds the warmth of his mother, who whispers into his ear her happiness of being able to have him again around her arms.

Suddenly the baby boy’s condition becomes critical. After breathing sand from the Sahara, having endured the maltreatment of the human traffickers, and having swallowed seawater, his beaten tinny heart stops beating. Youssef, six months of age, dies shipwrecked. He dies on the Mare Nostrum, the largest humanity’s frontier, where the cynicism of the North blocks the hope of the South of the world. The frontier that millions of migrants of our time think is the door to the new America, where they would find a living and prosperity. And this is the same Mérica mostly dreamed of by the first migrants from southern Italy, willing to leave everything behind, to risk their lives to make it there.

In the migrants’ cemetery on Lampedusa Island rest dozens and dozens of nameless people found, over the past few years, floating at sea, falling from boats, or just thrown out by human traffickers. Rest in peace, little migrant baby boy, rest in peace. 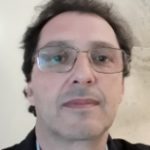