Of course we all know that a lot has to change on this earth so that humans and animals have a viable future on this planet. In order to achieve this goal, you can and must bring about a system change in the political and economic area, or you have to become active yourself.

One way to make a personal contribution to energy change is to generate electricity from solar energy using a mini PV system (PV, Photo Voltaic). These are often referred to as balcony power plants. They supply electricity from sunlight to use it for their own purposes free of charge. The electrical consumers such as refrigerators, devices in standby etc. are then completely or partially operated with the self-generated electricity. Any surplus generated goes to the electricity grid for general use without payment.

What is and how does a PV system work?

Sounds and looks simple, but you should still be aware of some basic technical, economic and legal issues.

Important prerequisites for setting up the system

If you plan to build such a system, you will find a real jungle of offers from a wide variety of solar panels and electrical components, some of which are German, European or mainly Chinese. When choosing, however, some basic considerations should be in the foreground.

First of all, does it make any sense for me to build such a facility? It is important to consider whether you have a location where the solar panel or panels can “harvest” solar energy for as long as possible. In other words, are they exposed to the sunshine for as long as possible at all times of the day and year? If this condition is met, you have good prerequisites to continue the project and on the Internet you will find a variety of programs that create a forecast for the location and certain installation conditions for the expected electricity yield.

In summary, however, it can be said that it is also possible to generate worthwhile amounts of electricity with installations that are not at an optimal angle to the south, and also on days that are not sunny.

Another question that needs to be clarified is the installation location, especially of the solar panels. However, there is a wide range of technical fastening options for practically every sunlit place, be it a balcony railing, a wall or a roof of any design.

However, if you are not the owner of the building, you should contact the owner / landlord beforehand to obtain permission to install solar panels at the desired location.

Once you have overcome these hurdles and purchased a corresponding PV system, the task is to connect the assembled solar panel to the domestic power grid via the inverter. This is very easy to accomplish in many European countries, since it is allowed there to feed the electricity generated into the house network via the existing plug system. In Germany that would be a Schuko plug in a Schuko socket.

In Germany, however, the electricians and, above all, lobbyists of the electricity companies have unfortunately prevailed and drive a large part of the PV system owners into legal gray areas (solar guerrillas). They fear massive sales losses. Among other things, the applicable regulations stipulate a special feed socket, called “Wieland socket”, which is supposed to prevent an electric shock. However, as many other countries show, this is not necessary because the installed inverters have internal protective measures that protect the user when the solar system is disconnected from the circuit of the house.

In addition, the design of the electricity meter in the house is of particular importance. Here, too, the electricity-generating industry was able to assert itself in politicians’ lobby campaigns. Many houses in Germany still have electricity meters of the old design, so-called Ferrari meters. From the point of view of the solar guerrillas, these have the advantage (and the prospect of electricity lobbyists the disadvantage that makes them wild) that they run backwards when electricity is fed into the house network. This means that a solar system installed in this way immediately saves money in its entire production, even if you do not consume the electricity produced yourself, but instead make it available to other households in solidarity via the power grid.

Since this was happening in large numbers in Germany, energy producers have worked towards installing modern design electricity meters in Germany that measure in two directions and thus measure the electricity produced by a solar system and the electricity consumed by other devices separately. Electricity that is fed in with your system is then sold on by the network operators.

Why should everyone build a PV system and ask themselves whether they might become solar guerrillas.

It is certainly sensible and desirable if as many people as possible generate their own energy sustainably. In this respect, small PV systems that can be purchased and installed relatively cheaply for less than € 300 are a sensible contribution to the energy transition. Unfortunately, at least in Germany, energy producers are not very cooperative in this endeavor. They want to keep their market to themselves and continue to generate huge profits in the area of ​​energy production and our state supports them in this. Lignite and hard coal power generation, still existing nuclear power plants and obstacles to the expansion of wind energy are clear signs of this.

In this respect, it should not be surprising if the efforts of the population to become active themselves and to put their own PV system into operation with little effort and costs, as much as possible are thrown in the way. The big four electricity producers are afraid that hundreds of thousands of balcony power plants installed in Germany produce as much electricity as several coal-fired power plants, as the German Society for Solar Energy considers possible.

The capping of your own PV systems to a maximum of 600 Wp, the requirement to use Wieland sockets, the mandatory inspection of the system by certified electricians in some areas, sometimes complicated and time-consuming registration procedures and the obligation to feed electricity into the network free of charge in favor of the energy giants , are good evidence of this.

Fortunately, there is resistance! Yes, there are also network operators who have at least made the registration process very easy. There are also municipalities that simplify and even promote the construction of balcony power plants at local level.

Nevertheless, it is estimated that there are more than 300,000 so-called PV guerrillas in Germany who, for various reasons, do not operate their facility in accordance with the rules set by the state. Incidentally, these rules violate existing EU law in Germany.

PV guerrillas are people who have recognized the signs of the times and who simply set up these facilities and have been operating them for long periods of time. It is important to counteract this illegality pressure generated by the electricity generators.

The good news in this context, however, is that to date there is no known case in which a user would have experienced any legal action from a network operator. Lawyers also believe that one should simply build the facilities (4).

Finally, it should also be emphasized that the hurdles for a legally compliant solar system are not very high in Germany and especially in Europe. The blog of “machdeinenstrom” (3) is very helpful and informative. Most PV systems are operated in compliance with the rules, and often it is only the fear of filling out a A4 page long form and the installation of a special power socket that drive you into the legal gau zone. If you are a little more involved with mini PV systems, you will find that in many cases installation by an approved electrician is not mandatory. With a little understanding of electrical engineering, the construction of such a system is not difficult to accomplish and the registration effort with the network operator and the Federal Network Agency is quickly done in most cases.

In this respect, it makes sense to consider whether you are not going to be active as a power generator and generate at least part of your electricity yourself sustainably.

Of course, there are also a variety of considerations that calculate the amortization of such systems and many of them come to the conclusion that the purchase price is generated in periods of 5 to 10 years. However, these calculations are very complicated and sometimes quite optimistic, since the geographical location, the cardinal direction, shading by trees, mountains, buildings and your own consumption behavior have a major impact on the financial return.

But is the financial result really the driving force to build your own PV system?

Anyone who installs such a system and with every kilowatt hour of self-generated solar electricity from a coal or other conventional power plant reduces the amount of CO2 produced, makes its own contribution to a better future and in the mass of all mini PV systems we will be really strong.

Isn’t it worth it?

The fact of being part of it gives me a very good feeling. Oh well, solar power is addictive, you always want more … ..

Here are some links for those who want to deepen this topic.

It is important for me to point out that I am in no way connected to a company operating in this area.

Translated from germany by Lulith V. 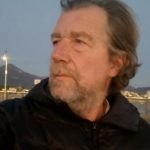 Reiner Helmuth
Reiner Helmuth is a biologist and graduated in natural science at the Berlin Max-Planck-Institut für molekulare genetics. Till his retirement his research focused on foodborne infections and antibiotic resistance. He performed projects in India and Tanzania and many other countries. His aim was to improve the situation in agriculture and to use science for the benefit of humans and the environment.