This post is also available in: Spanish, French, Catalan, Greek

These days there is a lot of outrage among people because of the exorbitant increase in the price of face masks when they are needed most. Even the governments of different countries have to compete with each other for masks, and that competition is usually won by the one who pays the most. Obviously, those who manufacture and sell those masks are the ones who make the most profit.

How can it be that in a global pandemic, when thousands of people are dying every day, those who have an asset, that can mitigate the effects and save lives, can speculate on its price? Well, what we call speculation today, in the language of capitalism, is the game of supply and demand. If the demand grows (that is, if people are dying and need masks to protect themselves) the price goes up. It’s that simple.

Another example are funeral services. If more people die (the demand increases), the price of burials, cremations, etc. goes up. So some governments try to intervene quickly to control these prices, which they cannot do with the price of masks, thanks to outsourcing and the unrestricted opening of borders for trade. Curiously, at the moment the last resort has been to make homemade masks, in a traditional way. A 21st century problem is being solved with 19th century technology.

What? Do I hear some reader complaining that people’s lives and dignity are at stake, and that it shouldn’t be possible to speculate with something like masks or funeral services? Let me remind you that this has been happening for decades in a very merciless way (at least since the beginning of neoliberalism at the end of the 1970s). In the current neoliberal paradigm, in which (almost) everyone is immersed, nothing escapes speculation. There is speculation on housing, food, health, education… on everything that can have an economic value. In fact, the greatest speculation is in money lending, which is not even a tangible good.

The political options which have always stated that basic goods cannot be at the mercy of market speculation, have been the least voted for in the past 40 years. The mass media (financed by big capital) have fed the belief that everything private works better, intentionally ignoring that there could be cooperatives, which would also be private, but would not necessarily have economic profit as their sole purpose. But cooperativism has not been encouraged in any country, neither in the majority of countries focusing on privatisation nor in the few more statist countries.

Neoliberalism has taught us that the best form of relationship in a society is competition, whether between companies or between workers. Thus, while employees compete with each other to obtain the favours of the company for which they work, and while self-employed workers compete with large companies to try to earn their daily bread, it is hidden from us that competition between large companies is ever-decreasing, that the global concentration of business is tremendous, that there are fewer and fewer companies, that a few control large market niches, and that today one large company is capable of manufacturing masks, cars and televisions, while offering tourist, funeral and food services, and while speculating financially on housing and food production, thanks to the pension funds of others.

People, comfortably lulled in disinformation and the absence of critical thinking in most cases, have enthusiastically voted for neoliberal options, and today, with the pandemic in full swing and cases as blatant as those of masks and funeral services on everyone’s lips, many still “think” that the government is stealing from us and that private companies are the best thing for society. Meanwhile, they never tire of applauding the “generous” donations of billionaires like Amancio Ortega or Bill Gates, forgetting that a good part of their fortunes are due to speculation and fiscal engineering that allows them to pay very little tax.

I am not opposed to the existence of private companies that manufacture beautiful, quality footwear and charge a good price for it, or to tourist services being offered at a generous margin, or to state-of-the-art mobile phones costing more than a thousand euros, or to apartments overlooking the sea being more expensive, but speculation in such basic goods as housing, transport, food, health, energy, communications or education should be banished. And, of course, these basic services include banking. The state, directly or through workers’ cooperatives, should provide these services to the population.

If then it turns out that everyone has at least a house to live in, a school to send their children to, a sufficient transport service, a health service that covers basic necessities, and a public bank for social service, accompanied by a Universal Basic Unconditional Income; if after having covered all these aspects, there are those who want to build luxury housing, or luxury transport, or extracurricular activities, or banks with “top” services, I do not object. If society has already covered what is necessary, and still has energy to continue growing (which it undoubtedly will), then the use of that energy in the production of additional goods and services, which besides enriching some, also help to enrich the lives of everyone in other aspects, is welcome. No one says we should settle for the minimum, quite the contrary. But to aspire to the maximum, we must start by covering the minimum.

Please, if we are outraged by speculation in face masks and funeral services, let us move that outrage to other basic goods. Let us not be satisfied with the struggle among the poor that wild capitalism offers us. 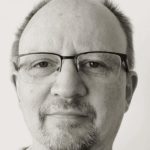