This post is also available in: Spanish, French, Catalan, Greek

After 159 days travelling the planet with activities in 51 countries and 122 cities, overcoming multiple difficulties and unforeseen events, the World March team concluded its trip in Madrid on March 8, a date chosen as a tribute and a sign of support for women’s struggle. This arrival was celebrated with different events on the 7th and 8th of March.

Saturday 7 March: from Vallecas to Retiro 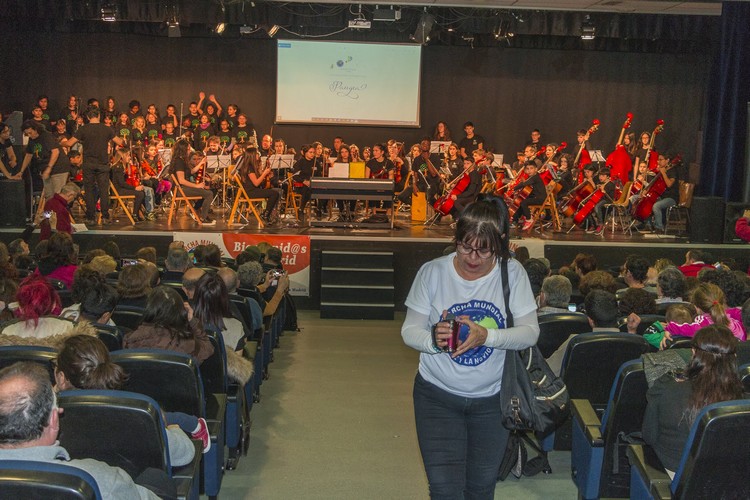 In front of an audience of attentive relatives and friends, with the human symbols of peace and nonviolence in the background, Rafael de la Rubia took the floor to recall that the first human symbol was created in the Nuñez de Arenas school and was born during the preparations for the World March, commenting that during the March he had met young people in several places who used rap as a form of musical expression. He also encouraged adults to pay attention to young people who are leading the way in inventing new ways to defend the values of mutual solidarity and concern for the environment. 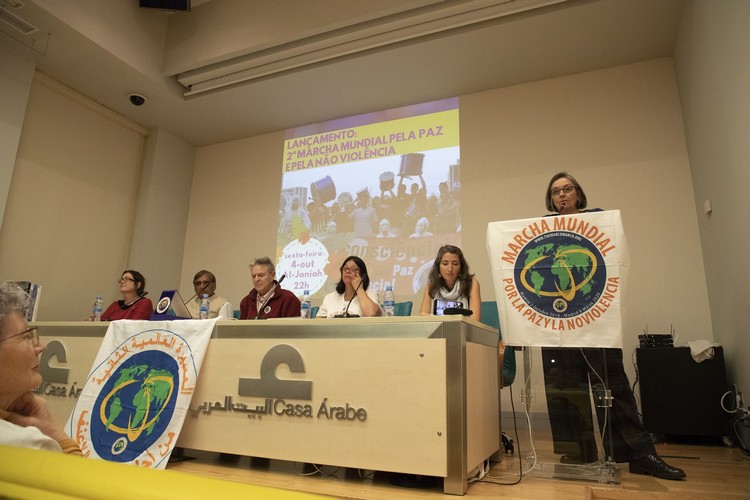 After a few words of thanks to the management of Casa Arabe, Martine Sicard welcomed the participants who had come from India (Deepak V.), Colombia (Cecilia U.), Chile (Lílian A.), France (Chaya M. and Denis M.), Italy (Alessandro C.), Spain (Cecilia M., Diego M. and Monica B.) and Germany (Sandro C.) and all those who could not be physically present due to visa requirements or health crises. Rafael de la Rubia first reviewed the genesis of the 2nd World March and its differences compared to the first one, and then recalled its demands. Then the representatives of countries from five continents reported on the most important events of the march and its collateral activities. This was complemented by comments, anecdotes, image projections and interspersed with video messages from various countries, showing a range of colorful activities carried out by activists and countless groups and institutions.

In conclusion, a few of the actions and projects in various stages of progress which emerged during the tour were presented:

The event ended by recognising the environmental situation, inviting everyone to become aware and to become infected with the virus of nonviolence. 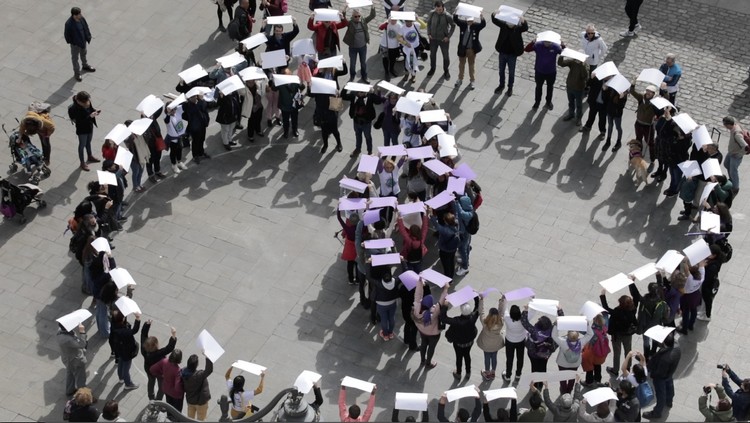 From 11:00 a.m. a strange ballet began at Puerta del Sol in front of Km.0, attracting the attention of passers-by. The organising team from Madrid and other friends arrived the day before from Brussels and Tangier, set up the music equipment and unfurled banners while the symbol of nonviolence was drawn on the ground. Little by little a circle was created around which the curious began to gather. Marian, from “Women Marching for Peace”, drew attention to the significance of this event on that day to the rhythm of the drums and then gave the floor to Rafael de la Rubia: “After 159 days, we are closing here this 2nd World March for Peace and Nonviolence. During this time, the WM took part in activities in 50 countries and more than 200 cities and its core team – many of whose members are present here – has travelled around the world. This march is inspired by the Fathers of Nonviolence who preceded us and whom we honored during the journey: Mr Gandhi at the ashram in Sevagram (India) and Silo in the park in Punta de Vacas (Argentina), among others“. After thanking the participants, he invited everyone to join the project of the 3rd March in 5 years, in 2024!

Encarna Escribano, on behalf of the Association of Humanist Women for Nonviolence, defended the role of women for a nonviolent world.

“This is the moment when we women rise up, rulers of our essence and committed to life. We declare that life is threatened, that humanity is threatened, and we commit ourselves to protect it. From today, we invite you to commit yourselves to the protection of life, by creating links and networks: solidarity networks, care networks, human networks for women. So that we can rediscover the meaning of the species, with the intimate feeling that we, human beings, are one”.

Following a previously established choreography, two groups lined up at two opposite poles and moved along the lines drawn on the ground until they formed the symbol of nonviolence. At the agreed signal, white and purple cards were raised, signifying how, from the purple centre, the women spread nonviolence with the white. From the top, pictures were taken in order to have a record of the event. After leaving the circle, the participants shared their joy with the rest of the audience.

Later, at Km 0, at the very place from where it had started 159 days earlier, the route of the March was officially closed after 148,000 km around the planet. In the afternoon, the activists of the 2nd World March joined the International Women’s Day March.

These were two very full and intense days, with laughter shared by people from different countries and cultures, ready to continue collaborating in the future. Proof of this is that the next day informal meetings were already taking place to articulate the projects of the Latin American March for Nonviolence and the campaign “Mediterranean Sea of Peace” .

Editor: Martine SICARD of World without Wars and Violence