Similar to the narrative of the “victor”, where it is claimed that the reunification of Germany was due to the USA and not to Gorbachev, CNN is trying to equate the creation of the East Side Gallery in Berlin to wishful thinking. They didn’t have to look far for a willing storyteller.

On November 9, 2019, CNN published an article about the East Side Gallery in its art section entitled „As the Berlin Wall was falling, one artist concocted a plan to turn it into the world’s longest outdoor gallery.”

The artist referred to, Kani Alavi, was on a promotional tour in the USA shortly before the 30th anniversary of the fall of the Berlin Wall and gave an interview to CNN. They totally fell for the story he fabricated resulting in an unverified article containing several false claims: 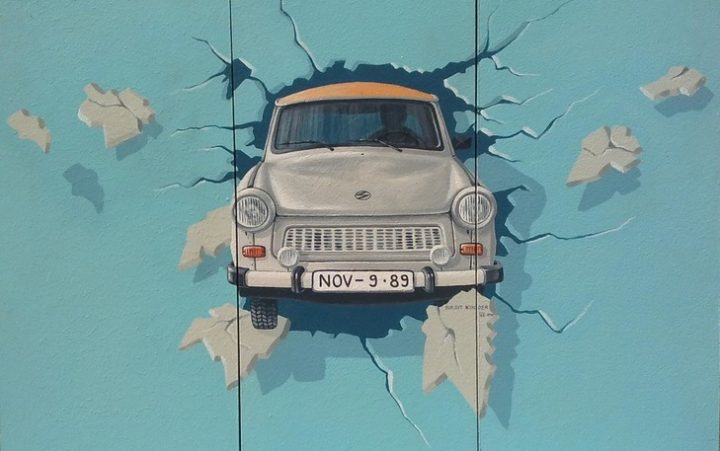 We have become quite accustomed to the actions of narcissistic men, their ability to place themselves in the spotlight and with good self-marketing, steal recognition from others, very often women, and adorn themselves with the laurels of others. Nothing unusual then, or who cares?

CNN obviously doesn’t care as several of the claims can be disproven after a brief internet search.

The fact that Kani Alavi originates from Iran is irrelevant and should have been of no significance for this article. For CNN of course, it fits the narrative perfectly. Alavi, who escaped the inhuman dictatorship in 1980, had to watch thousands of East Germans attempt to escape the Socialist dictatorship. That’s what gave him the idea to create the East Side Gallery, according to the keynote of the article.

The fact is, it was not his idea; he was neither the initiator nor was he present at the beginning of the project. Kani Alavi is one of the 118 artists who painted at the East Side Gallery, no more and no less, and he was also one of the last to start painting.

Initiation of the East Side Gallery

Immediately after the fall of the Berlin Wall, the artist David Monty from West Berlin and Heike Stephan, a member of the East German Artists’ Association, initiated the idea of an open-air gallery on the 1.3 km long stretch on Mühlenstrasse in Berlin and named it East Side Gallery GDR. Later GDR was omitted from the name. 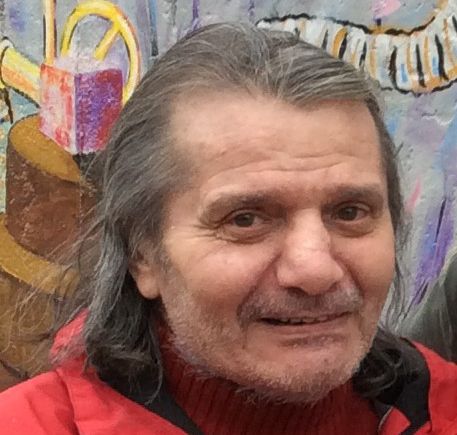 David Monty at the East Side Gallery in November 2018.

In April 1990, Christine MacLean was informed by a newly founded East German event and advertising company wuva that they had the right to place advertising on this part of the wall.

Christine convinced the company to continue the project as the longest open-air gallery in the world. She worked together with wuva, organised the artists who had come from all over the world, dealt with them individually, allocated segments of the Wall and took care of all practical details.

The artist Margaret Hunter describes the creation of the Trabi painting in an e-mail to the editorial staff as follows: “I started painting in July 1990 when Birgit drove her little Trabant onto the sidewalk next to me. She was determined to paint a picture. I took her along to talk to Christine MacLean. However, all segments of the Wall had already been allocated. Since I had a very long section, I gave Birgit a piece of it. She knew exactly what she wanted to paint. She took her Trabi manual out of her car and copied the image in such a way that it appeared as though the Trabi was breaking through the Wall from west to east. Over it she painted the words ‘TEST THE BEST.’ Today it is one of the most iconic paintings in the gallery, a good idea and a fitting image of the time.”

CNN Article. Not an isolated case

Several people have contacted the responsible editor at CNN, pointing out the false allegations and demanding a counterstatement. CNN has not responded to any of the complaints.

This CNN article is unfortunately not an isolated case. The German-Iranian artist also insinuated in earlier interviews that he had played a decisive role in the creation of the ESG, a claim which was all too readily accepted and printed by the respective media. It appears to be symptomatic of the media that they have become the mouthpiece and broadcaster of totally false claims, especially where grassroots projects and initiatives are concerned.

How is it to be explained that Alavi always manages to overshadow David Monty and Christine MacLean and to present himself via the media as Mr. East-Side-Gallery? Why do the authorities accept him and the artists’ initiative he founded as a spokesman and representative, even though they know very well that the association is not an official representation of the artists? In addition, the new owner of the East-Side Gallery, the Berlin Wall Foundation, likes to stick with Kani Alavi, despite the fact that they are fully aware of what is going on and know that the interests Alavi represents are primarily his own? 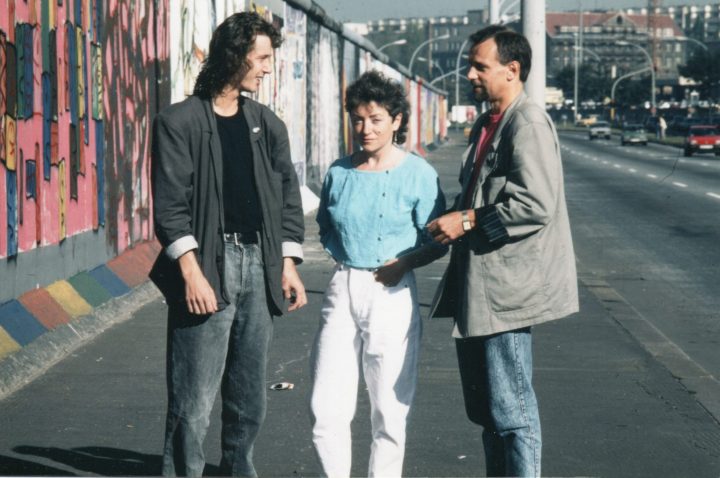 Peter Nagelschmidt, Christine MacLean and Rainer Uhlmann (from left to right) at the East Side Gallery 1990. (Photo: © Mary Mackey)

Has it something to do with the time we live in when repeating a lie several times appears to be sufficient to make it the new truth, or when alternative facts and framing are more important than the real facts?

Is it due to the media personality cult and the convenience of reducing every movement, every social phenomenon and every project to a person, to a face, preferably one that polarizes, sells itself in the media and belongs to a person with whom one can easily make a deal?

Or is it our male-dominated world to which we have become so accustomed which allows a man with a little charisma to remind women of their role in society and direct them to their places in the back rows?

The world seems to have changed in many aspects, and yet we are all too quickly falling back into old ways of thinking. It is essential, crucial even, not to fall for such stories even though it can be exhausting. How else can a fundamental change from below come about?

More about the topic: