About 1,000 people, Jews and Arabs, marched together on February 1 to protest under the following banner: “The Trump-Netanyahu Agreement is a threat to the future of both nations. It is a unilateral agreement that will not bring peace, justice or conflict resolution, but will further spread violence. The plan gives the green light to the government to annex the West Bank, surrender to the dictates of extremist settlers and deny citizenship to hundreds of thousands of Arab Israeli citizens living in Wadi Ara and the triangle.

Called by the popular movement Standing Together, a demonstration was held on Saturday, February 1, in Dizengoff Square in Tel Aviv. Those who participated held an “emergency march” to demand security for their lives, families and children, as well as negotiations to end the occupation and bring about peace between the two States, Israel 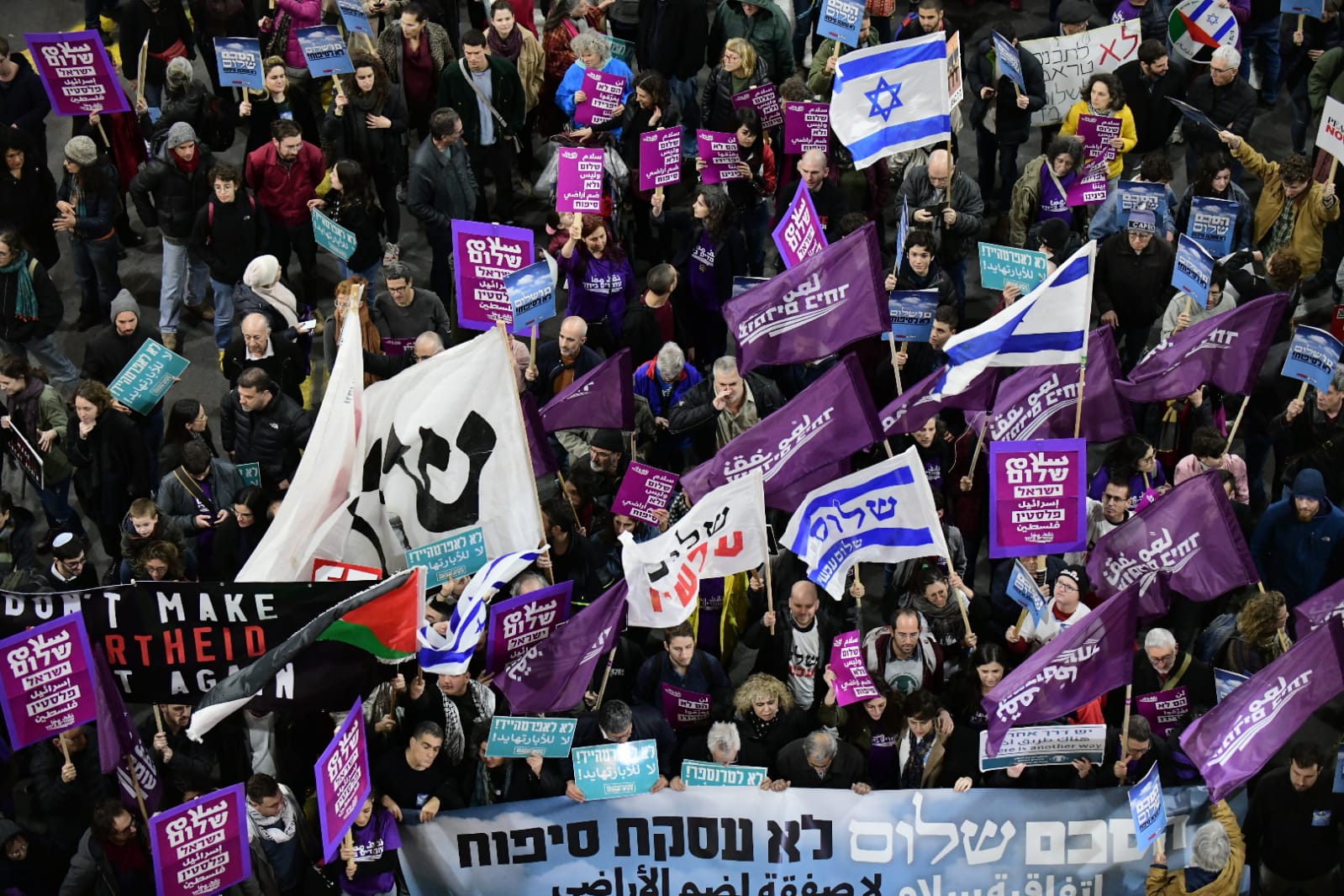 View of the demonstration. (Credits: Standing Together)