“Accompany me during the construction of the altar, I will explain our culture to you” said Don Leonardo, a curandero of the Indio Theology at a meeting attended by twenty-two communities. I humbly accepted, surprised and honoured by the proposal of the elder.

The Mayan Altar shows the spiritual connection between the Heart of the Earth and the Heart of Heaven, whose creation appears in Popol Vuh, the sacred book of the Maya Quichè, which describes their cosmogony. When the assembly, as the community participating in the ritual is called, wants to get in touch with Mother Earth and Heaven, and with the Cosmos, to give thanks or, for example, to ask for abundance from the earth or rain from Heaven through the prayers and offerings that make up the altar itself, they are asked to form the Mayan Altar, a bridge of contact between Earth and Cosmos.

The altar can also accompany meetings between the members in charge of different communities. “Many years ago, we returned from a meeting with the bishop of San Cristobal”, the old curandero began to tell us. “He told us that the Mayan Altar had to disappear from our culture and that God is present only in the Bible,” continued Don Leonardo bitterly. “God also manifests Himself in our altar and in our sacred books. Every time a priest despises our culture he tramples on our roots, he burns our indigenous heart, just as it happened when the Conquistadores arrived. It was our fault that we listened to that bishop, but after some time we clarified our position and now here we are at this meeting to march with the brothers of the other communities, fighting for our culture,” he added forcefully.

Every ritual is attended by pine needles, which are scattered all over the ground where the prayer takes place, thus delimiting the sacred space. In the case of the Mayan Altar, they are used as the basis of its construction until they form a circle, the size of which varies with the number of subsequent elements that will make up the altar itself. The whole assembly can participate in the formation of the altar. The area of the circle is divided into five sectors representing the four cardinal points, which will occupy the total area of the circle to a homogeneous extent, to which is added the Heart of the Earth, composed of a mound of earth also circular in shape positioned in the centre of the altar and accompanied by the presence of a glass of water.

The east is sprinkled with red corn seeds and flower petals of the same colour around them as an allegory of the birth and warmth of the sun, source of life, as opposed to black seeds and petals of the west, guardian of the night and the end of bodily life. The north is synonymous with cold and danger, but also with the bones and wisdom of the ancestors, and finally the south represents the femininity and memory of the Ancients with its seeds and yellow flowers. On the entire surface of the altar are placed the fruits of the earth as food source of life, including bananas, cobs, guavas, tortillas and others, placing them in the different sectors according to their colour.

The religious syncretism is represented by the Catholic crucifix and the presence of the Bible inside the altar. Next to the Old and New Testament are placed the books of the Popol Vuh and the Chilam Balam, a big shell that will be played by blowing inside during the prayers and finally a picture of Don Samuel Canal Lum (Guardian of the Earth, in tzeltal language). Tatik (“father” in tzeltal language) Samuel, bishop of the diocese of San Cristobal from 1959 until 2011 embraced the line of Liberation theology and helped to redeem the now almost lost Mayan Altar, also contributing to the spread of Indio Theology among the original peoples.

Thirteen white and six coloured candles are lit: one for each cardinal point, together with a blue and a green candle to represent the Heart of Heaven and the Heart of the Earth. Together with the mound of earth in the centre of the altar, a candle is lit to represent our souls, while the remaining twelve surround the altar. The elder in charge of the assembly takes care of keeping them lit for the duration of the meeting and blowing the smoke of copal, the sacred incense that appears in Popol Vuh. The four elements are thus represented by the glass of water, the fire of candles, the mound of earth and the breath of incense and the sound of the shell.

The smoke of copal will bless the Mayan Altar and all the participants of the assembly. Those who lead the prayer will dialogue with God, Mother Earth and the various entities and will lead the community prayer, indicating the moment to literally open the dances, to kneel, kiss the ground three times and conclude the ritual. The entire assembly is invited to dance to the rhythm of traditional music played three times in a rhythmic climax. The Principales, the elders appointed by the community, accompany the oration of the person in charge throughout its duration by surrounding the altar.

Violin, guitar and bass guide the dance steps and the rhythm of the sonajas, symbol of wisdom of the ancestors, represented by the sound of seeds of a specific orchid and metaphor of the movement of the spirits that dwell in the world. The sonajas represent the presence of the Ancients who return to counsel the members of the community. At the end of the ritual, the offerings in the altar are distributed among the members of the assembly and traditional dishes representing the local culture (corn and beans) are shared.

The Tzeltal community culture manifests itself in the Mayan Altar, a symbol of sharing, giving and receiving, which is represented by the way the altar is built, from the presentation of the offerings to their distribution, to music and dance and the way the prayers are performed.

Translation from Italian by Thomas Schmid 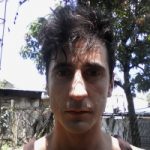