There is nothing new about the changing of landscapes. That happens during the life of the individual when they as toddlers have a certain landscape and another one when they are teenagers and so on.

If you were to ask a teenager if he likes to play in the sandbox, he’d look at you in a weird way because playing in a sandbox does not fit into his new landscape.

It is not just individuals that change landscapes. It is also the sensitivity of for instance a country, of nations, or groups of people that at one moment reject certain things and at another they accept them.

In revolutions, things are accepted that never were before and after revolutions same thing happens: things that happened before don’t fit.

These are the mechanical changes of the landscapes within us. We could also call it a different type of sensitivity, something like a space where certain things fit and others don’t. Now there seems to be, however, an opening for a completely new landscape that has to do with a deeper thing within: the human being manifesting itself.

In other words it is like what is human, profoundly so, is starting to become normal and something that is desired.

This is happening right now in Chile, not through personal intentions, not through meditation but rather something happened and made the people in this culture connect deeply with one another. Yes, they were protesting against an oppressive system but there was much more to it than that. This can be seen by observing how people have been dealing with and treating each other.. with kindness, with help, enjoying each others company, engaging with neighbours and others which was not happening before.

All that protest is done by the majority within the realm of non violence and also at times with no fear. How long that will last is difficult to say but there has already been something that is like the herald of something to come. What is happening right now in Chile where people relate differently to each other, the way they look at each other, and the way they feel, this is what is going to happen in every country within the next 3 or 4 years.

There will be an uprising where people will have had enough of an oppressive system that right now doesn’t fit, it doesn’t correspond to a new landscape. In this new landscape presidents, politicians, business leaders, religious figures don’t fit, they belong to an old landscape. So in Chile they are not just trying to get rid of the president, they are trying to get rid of the system, the neo – liberal system.

That is apparently what’s happening, but beyond that and what is really driving it is something else, something deep inside the human being that wants to break lose, something essential that puts this phenomenon in motion. What is happening at Chile is something beyond personal intentions, perhaps a profound intention, that is perhaps not perceived as such. For that reason it may not last very long. So, then there will be a remembrance of a new landscape and then something older, comes along again, something that really doesn’t fit. 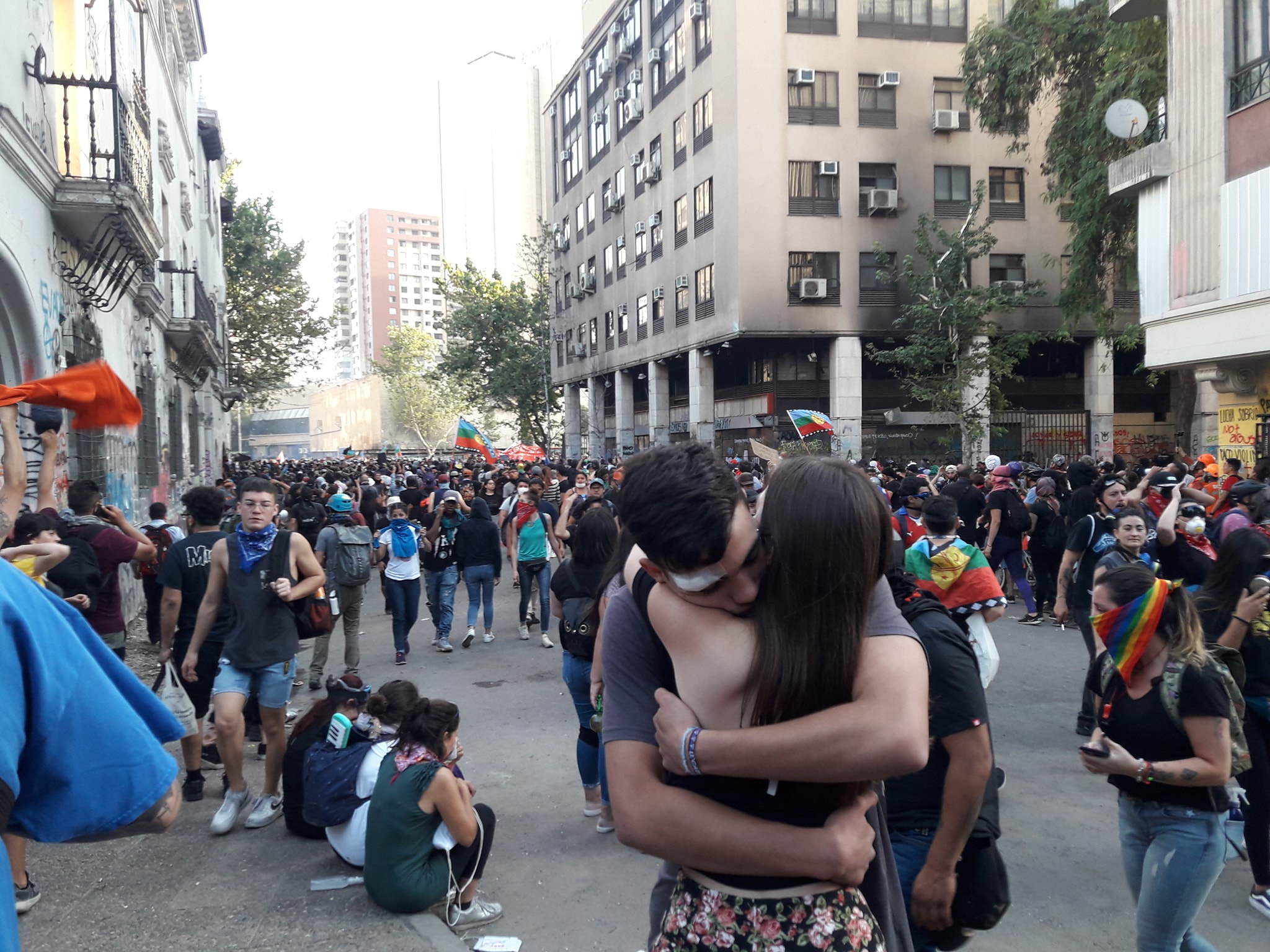 -What is so special about Chile? Basically 3 things: The country went on fire from the North to the southern most cities, spontaneously, no coordination, and a country as long as the United States is wide, or 4,500 km.

Second, the protest has been going on for weeks and in spite of repressions there is still the same great emotional climate and positive kind relations.

Third, because Chile is the unlikeliest of all places to have a spiritual awakening. If it can happen there it will do so everywhere.

What would happen if there were a great number of us in different parts of Chile? Perhaps more people would become aware that they are not just rejecting an oppressive system. in addition they would see that something really fantastic and positive is about to manifest itself.

In this way a new horizon, a new type of future would appear and the people of Chile and later in other places would be working towards being there. Having a meaning, like being more human. Sensing what is profound in them, transcendental and immortal and that it will have the greatest of weights. People will then realize that they will have to work on it for it to be more permanent.

There is a difference between mechanical new landscapes and intentional landscapes.

We would be able to experience it in some way when we let go of time, then letting go of space as we go further inside and of course letting go of the climate of me. At this time we can feel this border between the illusory world and the world of non illusion. As we let go we start feeling specific indicators of being in the world of non illusion where some things fit and certain things don’t, in other words a completely new landscape.

In the quietness of the non illusion, we become aware that this landscape has several levels of depth, so we let go of this beautiful feeling, this openness, this silence. Now something else appears that we can say is like a being within and a being outside, simultaneously interacting. Here in this landscape no things that are from the world of illusions appear and not even the beautiful feeling of silence. We let go even more and go further inside and there we feel what we could call an energy that is everywhere, everything is filled with energy: the oceans, the stars and us vibrating with it.

Being there is fantastic, having the energy inside and outside, a completely different existence and landscape. We know we could go much further and we do, we let go of this beautiful energy and we go further inside and there we stand in front of something unknown that we have to take a chance on.

There’s like some border between what we are and what we launch into and in this moment we can ask, “How can I experience this beautiful new landscape that is coming towards the world”, and we wait for it to happen. We realize that this new landscape is launched from way deep inside and we feel the power of it right now and we feel also the gentleness, the connection with what we could call us and others and beyond that, intelligence.

We will not go further right now but realize that this fantastic thing we feel is something that is accessible. Perhaps people will not feel it completely. Perhaps they feel what we did, when we let go of time and space and also of the climate of me. When we let go of the world of illusions and entered into a completely new space, then, yes, everyone with a little practice can do it.

Doing so will give direction and meaning to this new landscape that the young generation is starting to feel, everywhere. While the landscape has not fully manifested itself, many of them seem lost, without hope, while definitely not adhering to elements in the old landscape.

These young people can now look forward to a beautiful and meaningful future as the mind opens itself.

Pressenza Iceland
News from the Pressenza Bureau in Iceland