There a great event called the Forum for Nonviolence and the Convergence of Cultures had been prepared, in which representatives of different religions, ethnicities and cultures, were invited by the Marrakech Federal Association.

They began by stating that they work with a common denominator: to highlight the convergence attempts of the three cultures throughout history. 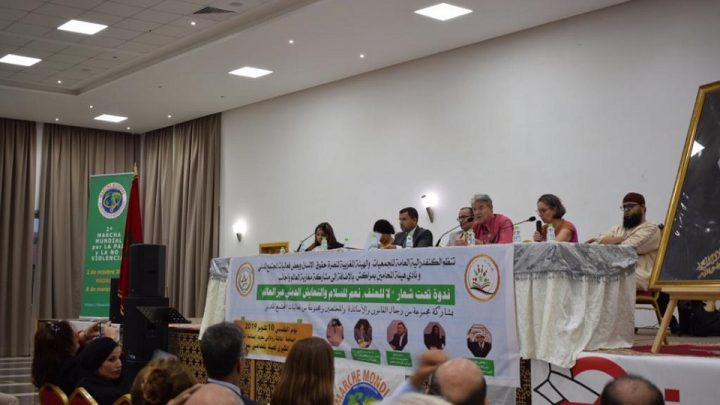 After a long journey through almost lunar stony landscapes and hills with argan trees, Tan-Tan, the gateway to the Sahara desert, was reached at night.

The Tan-Tan women’s group welcomed visitors in a jaima with dates and camel milk, music and food. The March in El Aaiún door of the Sahara

The World March in El Aaiún, “door of the Sahara”, where it was hosted by members of the Association of Solidarity and social cooperation

On October 13, after the typical Saharawi breakfast, we leave Tantán in the direction of El Aaiún with a spectacular landscape of cliffs sculpted by the Atlantic parading under our eyes for many miles.

Rafael de la Rubia coordinator of the 2ª World March He emphasized active nonviolence as a way of resolving conflicts in hot areas, he gave examples of actions in some of them: as in the neutral strip between North and South Korea, in the Berlin city hall after the fall of the wall or US border and Mexico, etc.

In clear reference to the territorial tensions between the bordering countries of North West Africa, the Sahara area, he called for the United Nations resolutions to be followed, the tools of active nonviolence to be used, reducing tension in the area and expressly renouncing armed actions will only extend the conflict and further complicate life for ordinary people.

The March passed through Gran Canaria

A brief stay in Gran Canaria, leaving, however, with good memories.

The first one in the form of a brilliant lecture given by the Doctor of Physics D. Jaime Rojas, who introduces us to an interesting presentation on how to achieve inner peace in a world full of conflicts. 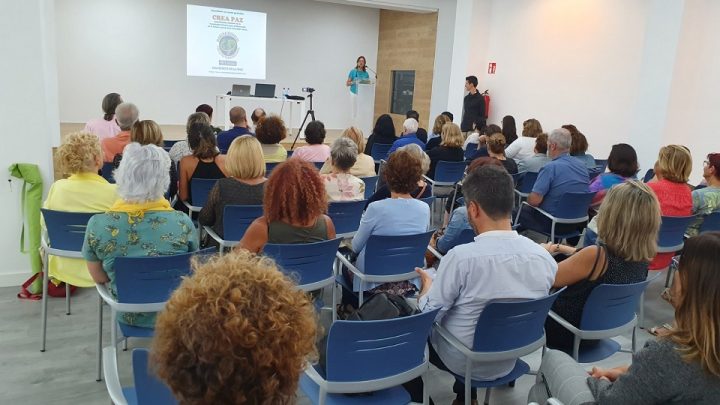 Documentary, receptions and March in Tenerife

Summary activities in Tenerife, the Documentary, the reception at La ULL and the March in Puerto de la Cruz

This article summarizes the activities that took place in Santa Cruz de Tenerife, the screening of the Documentary, the reception at the University of the Laguna and the March held in Puerto de la Cruz.

The first event in Tenerife, organized by Professor Ramón Rojas, the October 15, took place in the auditorium of the Universidad de la Laguna.

The documentary “The Beginning of the End of Nuclear Weapons” was screened.

The next morning, the rector of the University, Rosa Aguilar, gave a warm welcome to the Base Team showing her support for the activities of the World March, whose chronicle is published on the web of the University.

This initiative gives continuity to the first march, held at 2009, and which aims to travel the world and end the 8 of March of 2020 in Madrid. From this same capital they left last October 2, to tour Seville, Cádiz, Tangier, Marrakech and then, at this time, several islands of the Canary archipelago, from where they will leave for Mauritania. 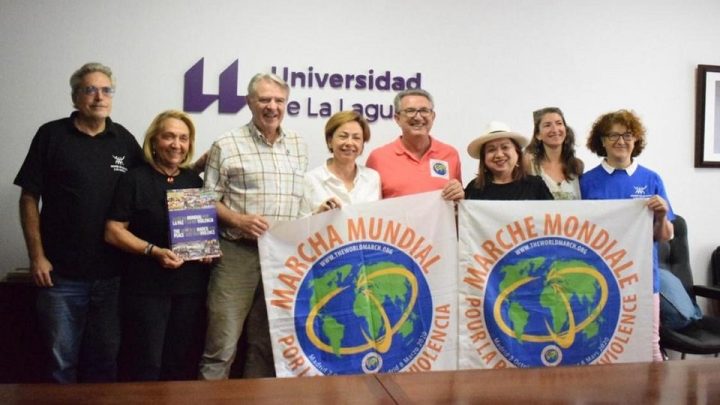 In Lanzarote various activities for peace, gongs, a ducumental, exchanges with associations, music and, with the Kelly, the popular paella

The Base Team of the World March was received at the airport by Elena Moltó and transferred to the San Francisco Javier Civic Center of Lanzarote where a Gong Bath Meditative Concert was presented, for relaxation and inner peace directed by Magalena Harmonia, a native of Poland based in Lanzarote.

The screening of the documentary “The Beginning of the End of Nuclear Weapons” followed which aroused the curiosity of the audience with questions answered by Rafael de la Rubia. 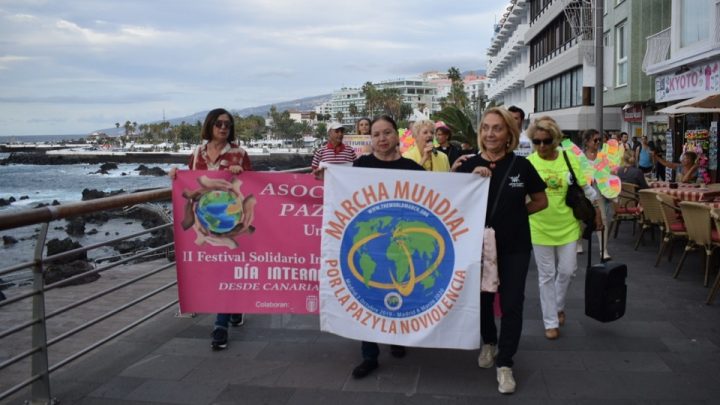 Meanwhile in Chile, the rejection of war project in Parliament

Chilean deputies presented on October 14 a reform project to incorporate the rejection of war into the Chilean constitution as a way to solve conflicts.

Parliamentarian Tomas Hirsch, when interviewed by the news ThirdHe explained:

“I am convinced that today it is necessary to give a clear and forceful signal in favour of peace. Just as we are experiencing environmental problems, just as a worldwide water crisis is coming, the reasons for a war may be some that we have not even imagined in the past. So, it is important in the current and future context, to give clear signals of a commitment of our country in favour of peace and rejection of war”. 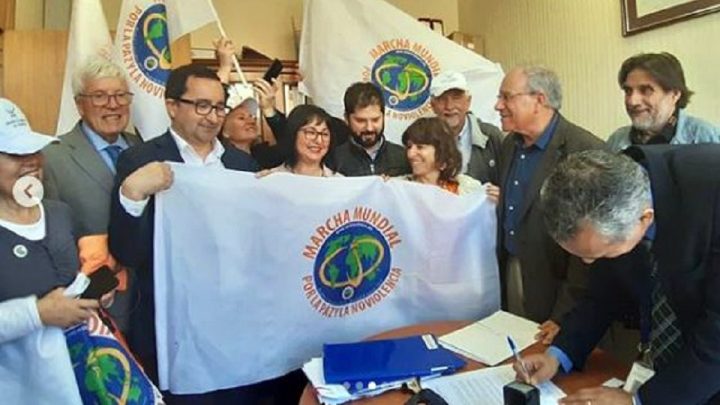 On the morning of October 21 Mrs. Fatimetou Mint Abdel Malick, President of the Region of Nuakchot received a delegation of the World March composed by Rafael de la Rubia and Martine Sicard Team Base (EB), with Lamine Niang and Sire Camara, the Promotion Team of the World March in Nouakchott.

It was as always a very cordial encounter with Mr Fatimetou who gave a special welcome to the EB in a Khaima with typical food and festive evening on the outskirts of Nouakchott.

There have been several meetings like at the Global Forum on urban violence in Madrid and in the various visits to Nuakchot by Martine S. of World Without Wars and Violence. 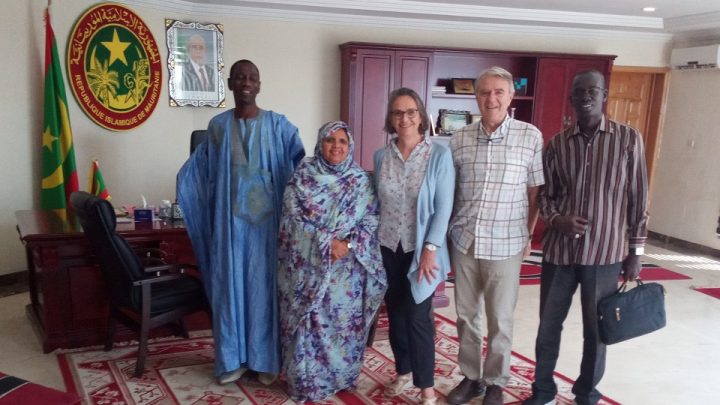