Hundreds, many families with young children, rest in tents, or lean against suitcases by the side of the road. Volunteers from charitable organizations occasionally pass through, offering bottled water, Styrofoam boxes containing food, and sometimes set up a soup kitchen right on the street.

In late June this scene played out near two international borders, four thousand miles apart. In the north, mostly Central American migrants wait weeks if not months in Ciudad Juarez or Reynoso, Mexico to enter El Paso and MacAllen. In the southern hemisphere, largely overlooked by international media, the migrants were Venezuelans who reached the Peruvian towns of Tacna and Chacalluta after days on the road, hoping to cross into the Chilean city of Arica. In both latitudes, immigrants and refugees had their sights on the chance to enter a country where they hope to leave behind violence, insecurity, and untenable living conditions.

With its borders marked by the towering Andes mountain range to the east, the inhospitable Atacama Desert highlands to the north, and the Pacific Ocean to the west, in the past Chile was not a prime destination for immigrants.

Yet geography has not been the only impediment that discouraged people from considering Chile a place in which to settle down. Chile’s current immigration law dates from the military dictatorship era. Decree Law 1.094, introduced in 1975 two years after the military coup and closure of Congress, reflects the mistrust with which foreigners were viewed and the cold war mentality of securing national borders against enemy infiltration. In those years, an estimated 200,000 Chileans were forced to leave their country, while foreigners in general were regarded with suspicion.

With the advent of the first democratically elected post-dictatorship government, in March 1990, Chile emerged as a stable economy, with well-functioning infrastructure and communications systems, but also one of the world’s most uneven distributions of wealth. It became an attractive destination for geographic mobility within Latin America and beyond the Americas. Moreover, after the United States tightened its border in 2001, and later in the decade when Europe became the destination for thousands of refugees, mobility within the Latin American region increased. 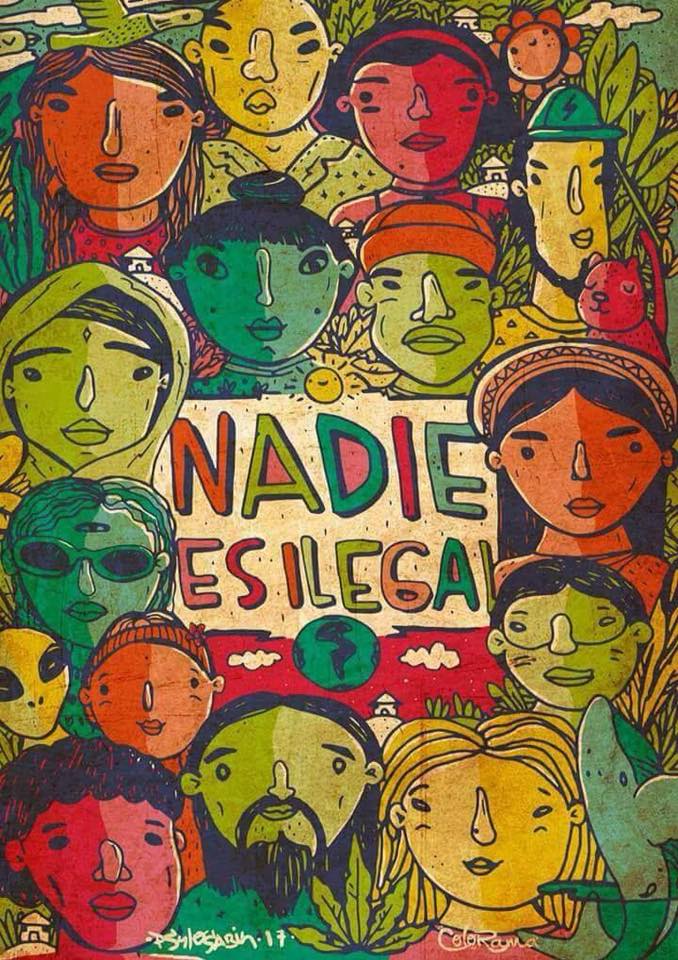 In 1982, midway through the dictatorship, Chile had 83,000 foreign residents but today immigrants surpass one million, according to an Interior Ministry Foreigners and Immigration Department study of April 2018. The same report indicates that between 2014 and 2017, the number of immigrants arriving in Chile rose 232%, from 416,082 to 966,363 persons.

Until last year, the major immigrant community was Peruvian, which begin arriving in the late 1990s, fleeing economic chaos and political repression, numbering more than 249,000 persons in 2017. The greatest increase was experienced by the Haitian community, which grew from 1,649 individuals in 2014 to 73,098 in 2017. According to the Interior Ministry, since 2017 Venezuelans rapidly caught up and now surpass the total number of Peruvians, with an estimated 400,000, representing 30% of all immigrants in Chile.

In a country of a total population of just over 18 million, the presence of a more culturally diverse population has tested Chileans’ traditional notion of themselves as a welcoming nation. Some 82% of immigrants interviewed in 2018 by the University of Talca National Migration Studies Center had heard jokes about foreigners, 64% had heard humiliating remarks, while 47% indicated discrimination related to hiring or at work.

The Jesuit Migrant Service (SJM), founded in 2000 to provide immigrants legal and social assistance, sustains that such attitudes have been nurtured by communications media and government stigmatization of immigrants. SJM director José Tomás Vicuña points to the government’s own figures that show immigrants represented only 5% of arrests last year, and of these, the majority were for non-violent crimes such as unauthorized street vendors.

The brunt of discriminatory attitudes has been felt by Afro-descendant immigrants. Haitians have faced an additional burden related to the language barrier, resulting in tragic misunderstandings and racist presumptions by public services, health facilities in particular, and police, with tragic consequences on several occasions in the last three years.1

Moreover, a gap between government discourse and policy practice has been noted.

In February 2019 Chile’s President Sebastian Piñera traveled to the Colombian border town of Cucuta to rally support for self-proclaimed president of Venezuela Juan Guaido. The pageantry of Piñera and Guaido’s arrival in a convoy of fourteen aid trucks honking horns and Venezuelans greeting them with white roses in their hands, fanned expectations that Chile would welcome them with open arms. However, when the stream of Venezuelans traversing the continent to enter Chile became a roaring river, the Chilean government implemented stringent entry measures, requiring a passport and, as of June 24, a Democratic Responsibility Visa, that must be obtained in Chilean Consulate offices outside the country.

“They keep placing more and more obstacles,” lamented a young woman in Tacna with an infant in her arms, after learning about the new visa requirements. “But we aren’t criminals; we just need to start our lives over.”

The tent cities lining the streets near the Chilean Consulate building in Tacna and outside the Chacalluta border are the dramatic embodiment of Chile’s erratic immigration policy. Chilean immigration policy appears to take cues conceptually and even in terms of timing from other regions of the world, prioritizing border control over humanitarian considerations.

Chile has no dedicated border control agency, with uniform police and investigative civil police filling that role; control of undocumented immigrants was virtually unheard of until recently. In 1997 and again in 2007, approximately, 45,000 and 50,000 people, respectively, benefited from a general amnesty that enabled immigrants whose visas had lapsed to normalize their immigration status. In 2018 police began conducting immigration checks in public places, for a total of 14,000 checks, but for 2019 it set the goal of 85,000 immigration checks, with the most recent announced for 10 consecutive days as of October 10.

Another example is the Trump administration termination of the Temporary Protected Status for Haitians in December 2017. In April 2018 the Chilean government introduced its own immigrant measures applicable only to citizens of Haiti, to “put our shared house in order,” according to a government spokesman. Now Haitians can only enter Chile with a Tourist Visa or the new Family Reunification Visa.

Only Haitians and Venezuelans are now required to secure visas prior to entering Chile, while its open border policy, common to South American nations, continues for all other nationals.

The Haitian visa requirement came on the heels of another measure that appeared to mimic U.S. policy changes. Six months after the Trump Administration announced the end of the Temporary Protected Status that permitted Haitians to live and work in the United States after the 2010 earthquake, Chilean Interior Ministry announced its Voluntary and Informed Return program for Haitians. The Chilean Air Force would transport Haitians back to their country include prohibition from returning to Chile in nine years. The first flight took off November 7, 2018, with 160 people aboard, a miniscule percentage of the thousands of Haitian residents in the country. Haitian community leaders signal this as the failure of social programs to foster integration, resulting in conditions of extreme vulnerability and poverty.

But not all is gloom on Chile’s immigration front. Before, immigration had not been on the social agenda of either government or civil society. In the last few years, however, dozens of immigrant advocacy organizations as well as university immigration study and law clinics have cropped up. A coalition of forty community organizations and academics exercised effective citizenship to persuade senators to introduce immigrant rights to a bill that the government intended to use to harden D.L. 1094 still more. The vote on the law reform is expected early next year.

Humanist Party congressman and co-founder Tomás Hirsch envisions a different immigration model. His parents came to Chile fleeing Nazi Germany at a time when the world was reluctant to receive Jewish refugees. “Today capital flows freely in a matter of seconds while people’s movement is increasingly restricted,” said Deputy Hirsch. “I believe we need policies that open the doors wide. Free transit zones must be created in Latin America to facilitate mobility, enable passage of indigenous people, family reunification, and provide visas to allow refugees to find shelter. This type of policy is far more adequate for a universal human nation, which we strive for in the future.”

1 In September 2017, Joane Florvil, a young Haitian mother who spoke little Spanish, died in police custody after officials detained her in the mistaken belief that she had abandoned her infant daughter.