Last night there was a fire on the island of Samos, a fire that ripped through the temporary homes of human beings living in ‘the jungle’, the overfill space relied upon to house men, women and children in a Reception and Identification Centre that can no longer cope with the numbers of refugees stuck on the island waiting for an asylum meeting.  Fires, in the RICs are no longer deemed to be news worthy; during the summer months they were occurring on a weekly basis, but like the fire on Lesvos only two weeks ago, this fire was different. The fire on Lesvos led to the death of two people and like last night’s fire on Samos is a symptom of the extreme overcrowding, which leads to frustrations and arguments but that can also lead to far worse.

The Vathy RIC, a former military base, is meant to house 650 people.  Currently, there are over 6000 refugees on the island, most of them in ‘the jungle’, reliant on tents and wooden pallets to build shelters surrounded by rubbish, all of which is highly flammable.  Many people keep gas cookers in their tents for warmth and cooking; when fire reached those tents the gas containers exploded. Estimates suggest that over 700 people lost their tents last night, 700 people who already have very few belongings who are now without shelter as winter approaches.

While Europe, and arguably, the rest of the world have been told that the numbers of refugees arriving on the shores of the Greek islands is reducing, this is no longer the case.  A record number of arrivals, documented by local NGOs on the ground, and the Aegean Boat Report show, on a daily basis, the boats carrying refugees from Turkey continue to arrive.  Official Figures from UNHCR Greece reveal that between 7-13 October alone 1649 individuals reached the Aegean Islands, this is, on average, about 236 individuals a day. The previous week saw 2144 new arrivals.  What is, perhaps, most concerning is that, by way of comparison, in 2018 only 699 individuals arrived during this same time period. These numbers adding to a situation already at breaking point. In response the Greek Government has announced new targets, an increase in returns, an intended 10,000 people returned to Turkey by the end of 2020, a country itself currently embroiled in fighting. The New Democracy party, forming the new Greek Government in July, has questioned the legitimacy of asylum claims, developing a policy focused on deterrence rather than support.

The fire last night reminds us that living in these spaces are real human beings.  Their individuality, their humanity and their daily struggle has been lost from most reporting.  They are adults, children, teenagers, families and friends, living in a space that was never meant to host them.  They are groups of people from different backgrounds crowded together in an environment unsuitable to house human beings. This can lead to tensions and frustrations, to fights and to the riots and the fires that result.

This fire has devastated the lives people have attempted to carve out in the most inhumane of spaces and in the face of inhumane and degrading treatment.  Discussions before the fire reveal a small community that has evolved in this tent-based village.  There is a communal kitchen where people are offered alternative meals to those that are issued by the camp itself.  This is an initiative run by the women in the camp. There is also a barber, where men can go and get a haircut and a shave, you can even have your eyebrows shaped!

Why do we tell you this?  Because of the fire, much of this will be lost.  A photo, provided by NGO workers trying to support those on the ground reveals that this space is no longer safe for people to erect their tents.  We have been told that this is one of the worst things many NGO workers have witnessed. In a space where children are routinely bitten by rats and snakes, where head lice and scabies are a constant concern, and personal security is an ongoing challenge, the shock and dismay being used to describe the aftermath of the fire is telling.   Yet against this back drop the community have come together, NGO’s opened their doors throughout the night to offer places to sleep, volunteers supporting Project Armonia, many refugees themselves, worked throughout the night to offer food and shelter, Samos Volunteers opened their centre to offer women and children a place to sleep. A campaign has been started to raise funds to support those people effected by the fire, to try to provide them with clothes and shelter destroyed in a fire that didn’t need to happen, that could have been avoided if the overcrowding was reduced. If you can support this campaign, please do. 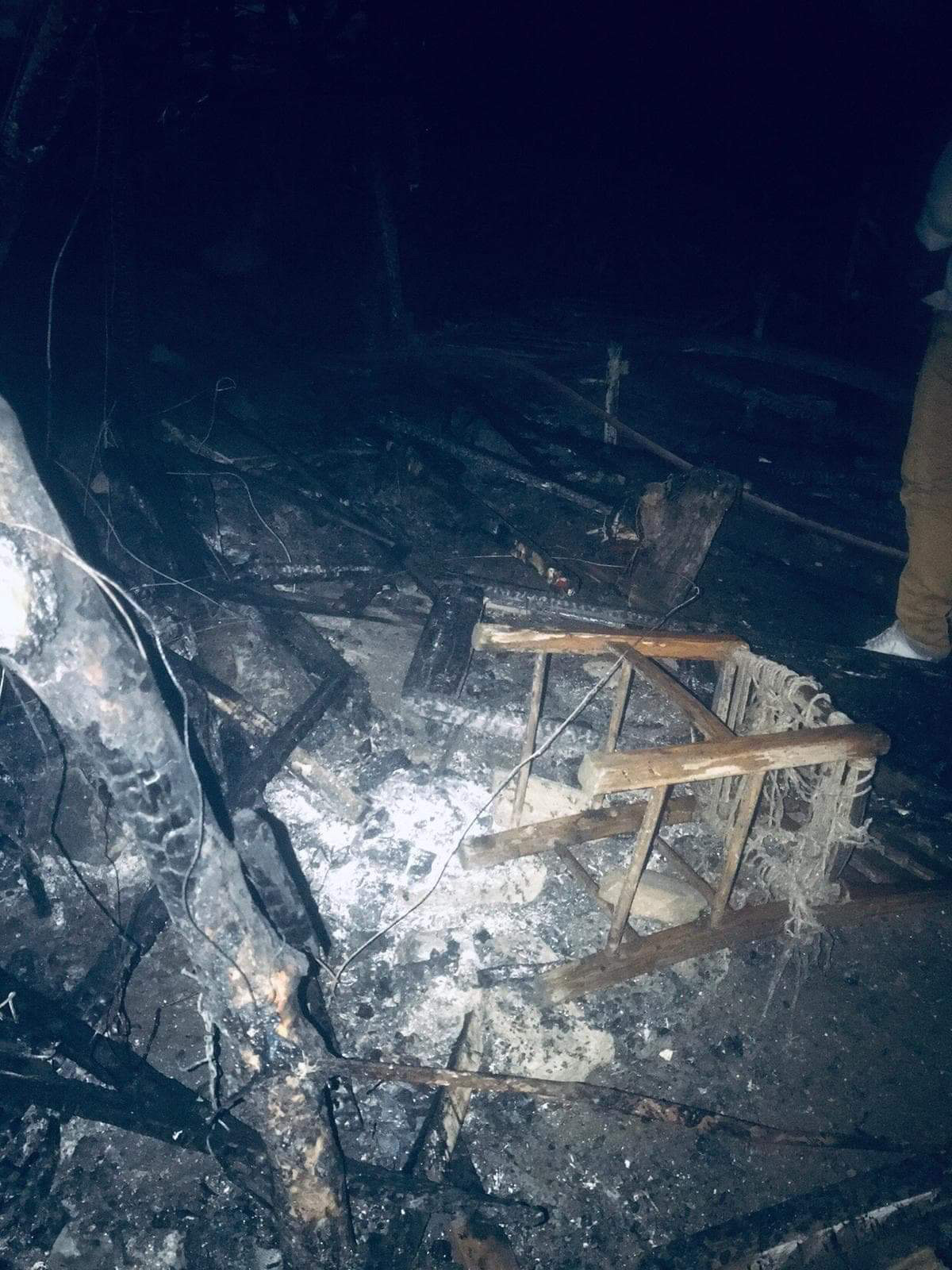 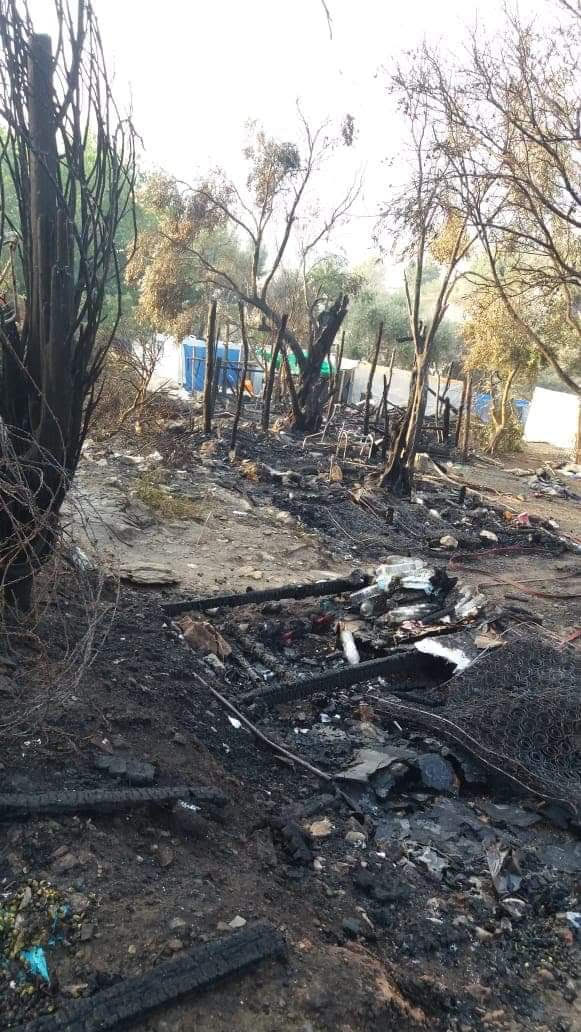