One day after the USA announced suspension of the INF Treaty, Russia has followed suit and announced the development of new missiles.

US withdrawal from the INF Treaty by Donald Trump breaks with a proven arms control measure, and is thus exposing the world, and Europe in particular, to an irresponsible risk, according to criticism today from ICAN’s partner organisations ICAN Germany and IPPNW in response to the statement by US Secretary of State Mike Pompeo in Washington.

Notice of withdrawal from the INF Treaty will last for a six-month period.  Without a surprising turn of events in the next half year, the treaty will terminate on the 2nd of August, 2019.  The USA and Russia will then be able to develop and deploy new nuclear missiles with a range of 500 to 5,500 km without any hindrance – without any measures of transparency and control.

“Today’s US announcement of notice to terminate the INF treaty is the start of a new, uncontrolled arms race.  The USA and Russia will be able to build new medium-range missiles for Europe without hindrance, because the plans are already in the works,” said Xanthe Hall, board member of ICAN Germany and disarmament officer of the medical organization IPPNW.  “Europe must now avoid being drawn into a new Cold War. A clear ‘no’ from European states to the re-stationing of medium-range missiles is now necessary.  Germany must set a good example to prevent a new nuclear arms race at the expense of Europeans”.

“We see the withdrawal as a disregard for future generations,” explained Inga Blum, board member of IPPNW and ICAN Germany.  “Thousands of our parents took to the streets for fear of a nuclear war to prevent the stationing of medium-range missiles in Europe.  For them it was also about a future without fear for their children and grandchildren.  Now the fear is back for me and my children.”

Only yesterday activists from ICAN, IPPNW, DFG-VK and the campaign “Büchel is everywhere! nuclear-free now” protested in front of the Russian and USA embassies.

Actors in street theatre scenes showed what should now happen: Trump and Putin must talk to each other and finally abolish nuclear weapons.  Even the US nuclear bombs, which are currently still deployed in Germany, should be destroyed.

During the performance, activists in Trump and Putin masks sit at tables with red telephones, an actress representing Federal Chancellor Angela Merkel tries to mediate.  Subsequently, atomic bombs made of cardboard are sawn up and a huge Nuclear Weapon Prohibition Treaty is signed.  Other activists hold banners in yellow radiation protection suits.

The day after Donald Trump’s suspension of the INF treaty, the city of Mainz sent a clear signal for nuclear disarmament.  Lord Mayor Michael Ebling was the first German Lord Mayor to sign the ICAN appeal for a nuclear weapons ban.

This makes Mainz, the state capital of Rheinland-Pfalz, the state in which US nuclear weapons are deployed, the first German city to join the international appeal which has already been signed by major cities in Australia (Sydney), Great Britain (Manchester) and the USA (Los Angeles).

Lord Mayor Ebling supports the demand of the Nobel Peace Prize-winning organizations ICAN and IPPNW to the Federal Government to sign the UN Nuclear Weapons Ban Treaty. The City Appeal states: “We firmly believe that our residents have the right to live in a world free from this threat. Any use of nuclear weapons, whether deliberate or accidental, would have catastrophic, far-reaching and long-lasting consequences for people and the environment.

Martin Hinrichs, member of the board of ICAN Germany, explained at the signing of the appeal:

“Against the background of yesterday’s suspension by the USA of the INF Treaty, the city of Mainz is drawing the right conclusions, while the Federal Government continues to shirk its commitment to the Nuclear Weapons Ban Treaty.”

Photos by Maga Navarrete for Pressenza: 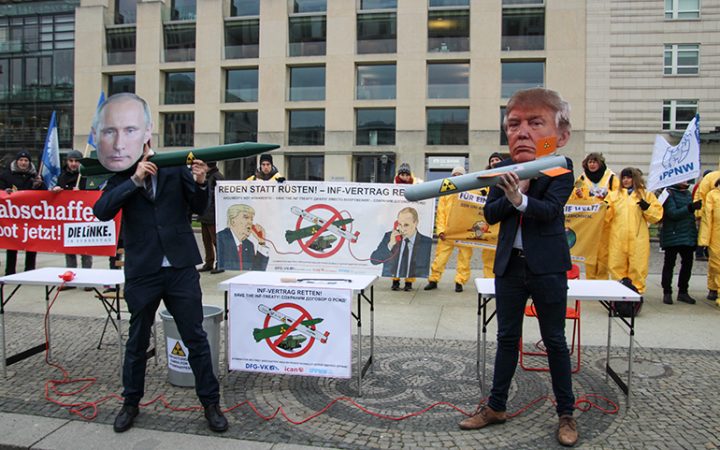 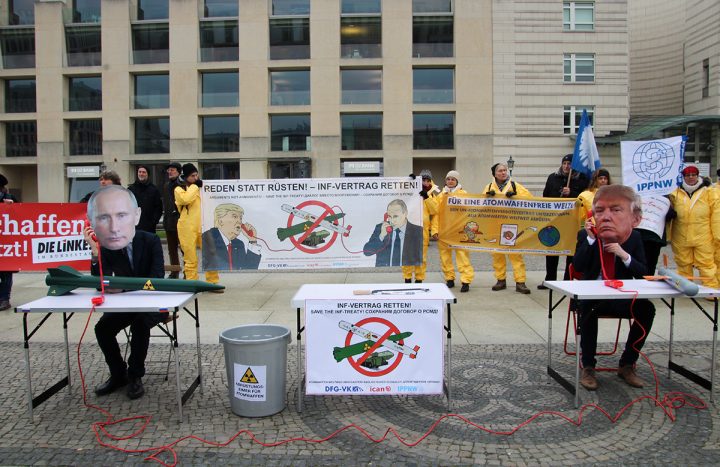 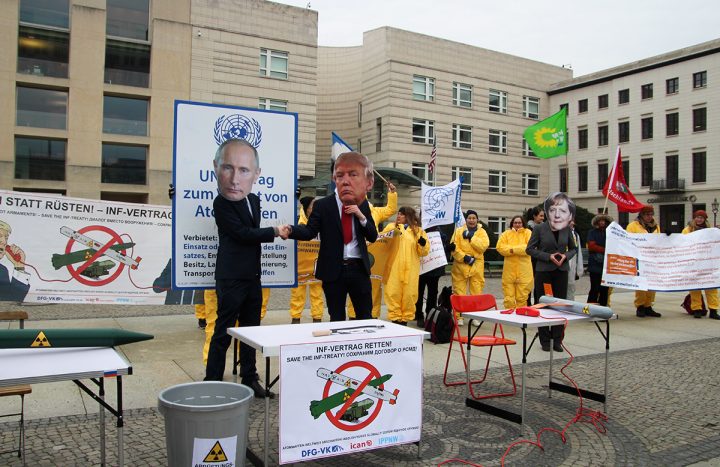 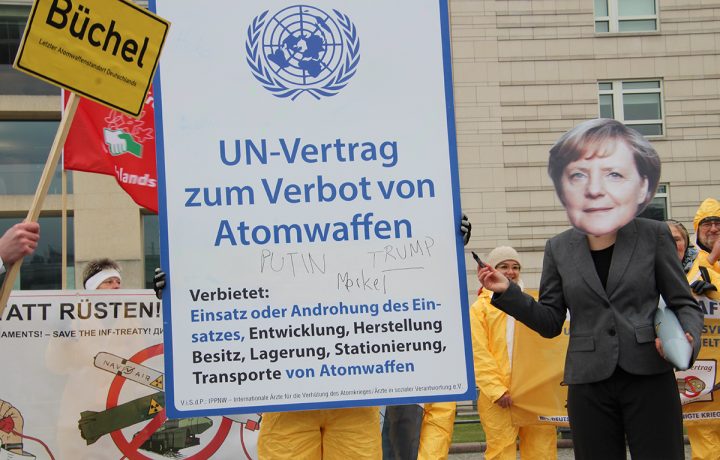 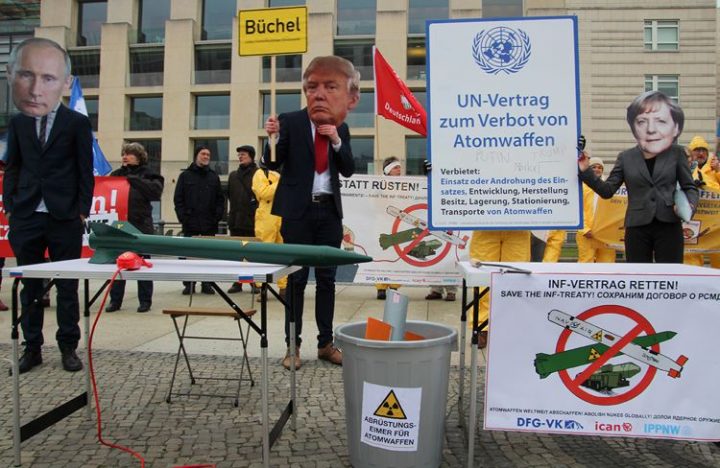