During the first week of January, 2019, Siloists from all over the world converged on a spot in Punta de Vacas – now surrounded by a Park of Study and Reflection – to kick off a year of celebrations marking the year 1969 in which the Argentinean spiritual guide and founder of the Humanist Movement, Mario Rodriguez Cobos, better known as Silo, first escaped to his hand-built mountain retreat to work on what have become some of the principle texts of his doctrine: The Inner Look and The Healing of Suffering. 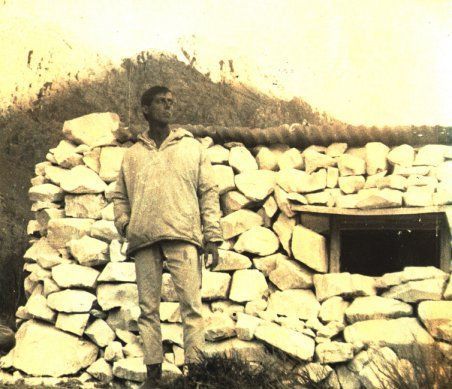 Staying in the nearby hotels in towns from Uspallata to Puente del Inca, some 700 friends came from Chile, Argentina, Peru, Ecuador, Bolivia, Brazil, Mexico, USA, Spain, France, Italy, Germany, Hungary and the Czech Republic, among others to mark the historic occasion.

“The Inner Look” was the first book published with the name “Silo” and would end up circulating the world in the early 70s in the hands of young people inspired by its message, and translated into dozens of languages.  Later on, with the addition of two further sections: The Internal Landscape and The Human Landscape, the entire work would circulate under the name “Humanise the Earth”.

Here it tells how the non-meaning of life can be converted into meaning and fulfillment.  Here are joy, love of the body, of nature, of humanity, and of the spirit.  Here sacrifices, feelings of guilt, and threats from the beyond are rejected.  Here the worldly is not opposed to the eternal.  Here it tells of the inner revelation at which all arrive who carefully meditate in humble search.

On May 4th 1969, Silo finally came down from his retreat to give his speech on the Healing of Suffering which would spark a global movement of dedicated followers promoting a doctrine of simultaneous personal and social transformation, through a methodology of active nonviolence, that was the first of its kind.

Over the days of the gathering, people met to participate in the Ceremonies set out in the book Silo’s Message, to interchange about their experiences in their communities of Messengers around the world, and to hear from those who were there on the 4th of May 1969 and in the first days when his doctrine was being developed.

Part of his project which appeared in the final phase of his work was the establishment of a network of Parks of Study and Reflection, of which there are around 50 from India to California, and spreading.  Punta de Vacas Park, being the place from which the whole movement originated has always been the spiritual home and will host several commemorative events throughout the year.