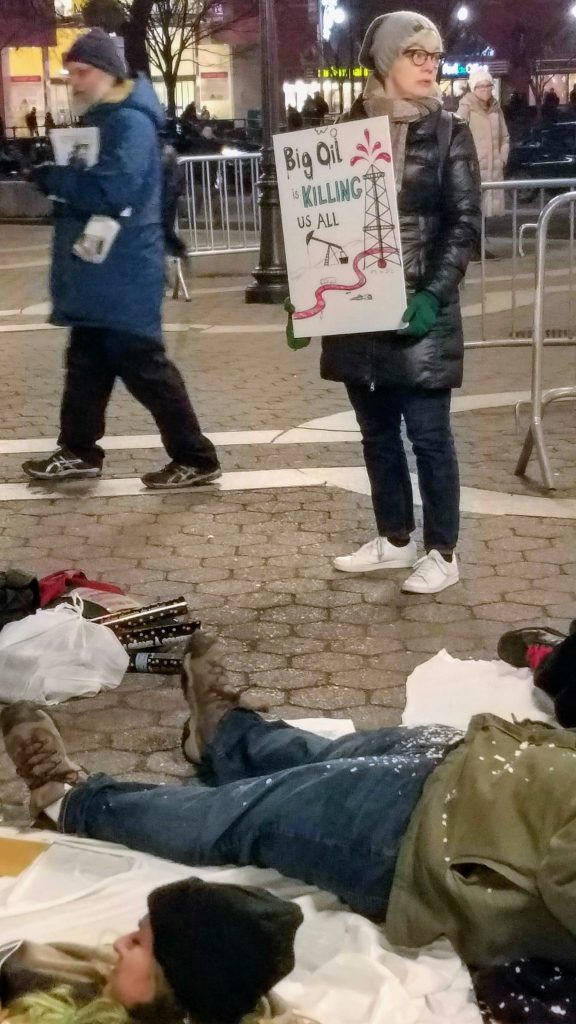 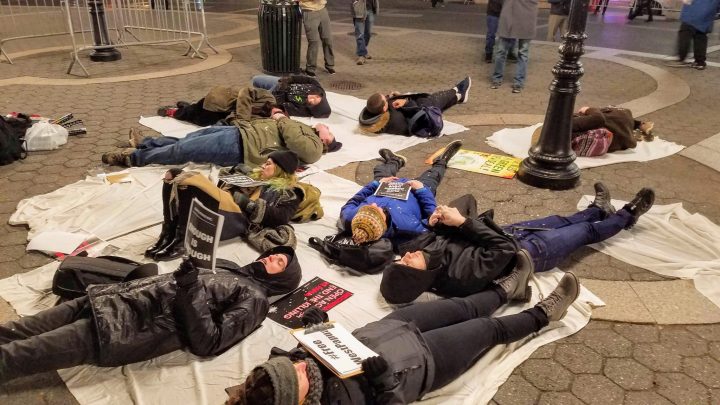 Climate activists gathered in New York’s Union Square in solidarity with the Indigenous peoples of West Papua, to demand that petroleum multinational BP:

Tangguh, one of the world’s largest gas extraction plants, has an estimated worth of US$128 billion and rests on 14 trillion cubic meters of gas. Each year over 4 million tons of CO2 are released from Tangguh. Expansions now underway will double production and greenhouse gas emissions to 8 millions tons a year.

Protesters demand that BP end these payments to Indonesian security forces and halt production at the Tangguh liquid natural gas plant until adequate carbon capture technologies are put in place.

Coming up next, Extinction Rebellion is coordinating a major direct action in New York City on January 26th (xrr.nyc).