We interviewed Tomás Hirsch, humanist deputy of the Frente Amplio, to consult him on the new bill that has recently been presented to Congress, which sanctions incitement to violence, hatred and denial.

Pressenza: Who presented it?

Tomás Hirsch: The seven opposition parliamentarians of the Human Rights Commission, plus the three of us who participated in the Constitution, Legislation and Justice Commission. The project will have to go through both committees, so it has a good chance of getting through quickly.

Pressenza: What are you looking for with this?

When, for example, someone calls out to beat up immigrants, or to attack the Mapuches. Incitement is about statements, words or actions that motivate others to act violently. That is what this law seeks to sanction. It has to do with something that we humanists have always said, when we have maintained that we accept all but those who incite violence, who make an apology for it, who validate it. One of the most active ways to validate it is to motivate others to act violently. That’s incitement.

In other cases it is what we know as the intellectual authors. There are intellectual authors of crimes against humanity, for example. The one who plans the action. Hitler probably didn’t kill anyone and never turned on the gas in the concentration camps. And Gordon here said he didn’t even kill a little bird. Yes, but they planned and ordered actions that led to genocide or crimes against humanity.

That is, the intellectual authorship thing, if it’s typified. But in the case of everyday violence, no. Incitement to violence and hatred with this legal figure is criminalised. Because violence is also exercised through incitement to others.

And the project also incorporates an element that we considered fundamental, which is the sanction of denialism. This has to do with denying, ignoring or distorting historical facts that are already reliably proven.

For example, human rights violations in Chile are legally proven through the Rettig and Valech reports. Therefore, it is a real fact that human rights were violated here. Anyone who denies it, as we have recently seen in the case of even one parliamentarian, would be punished by this law.

In Germany, the country that initiated the projects that sanction denialism, in relation to Nazism, you cannot say that genocide or holocaust did not exist. There are historical facts that confirm this.

You mean historical crimes. In Chile you have the case of crimes against humanity committed during the dictatorship and also the extermination of the indigenous peoples, the Mapuches and others. 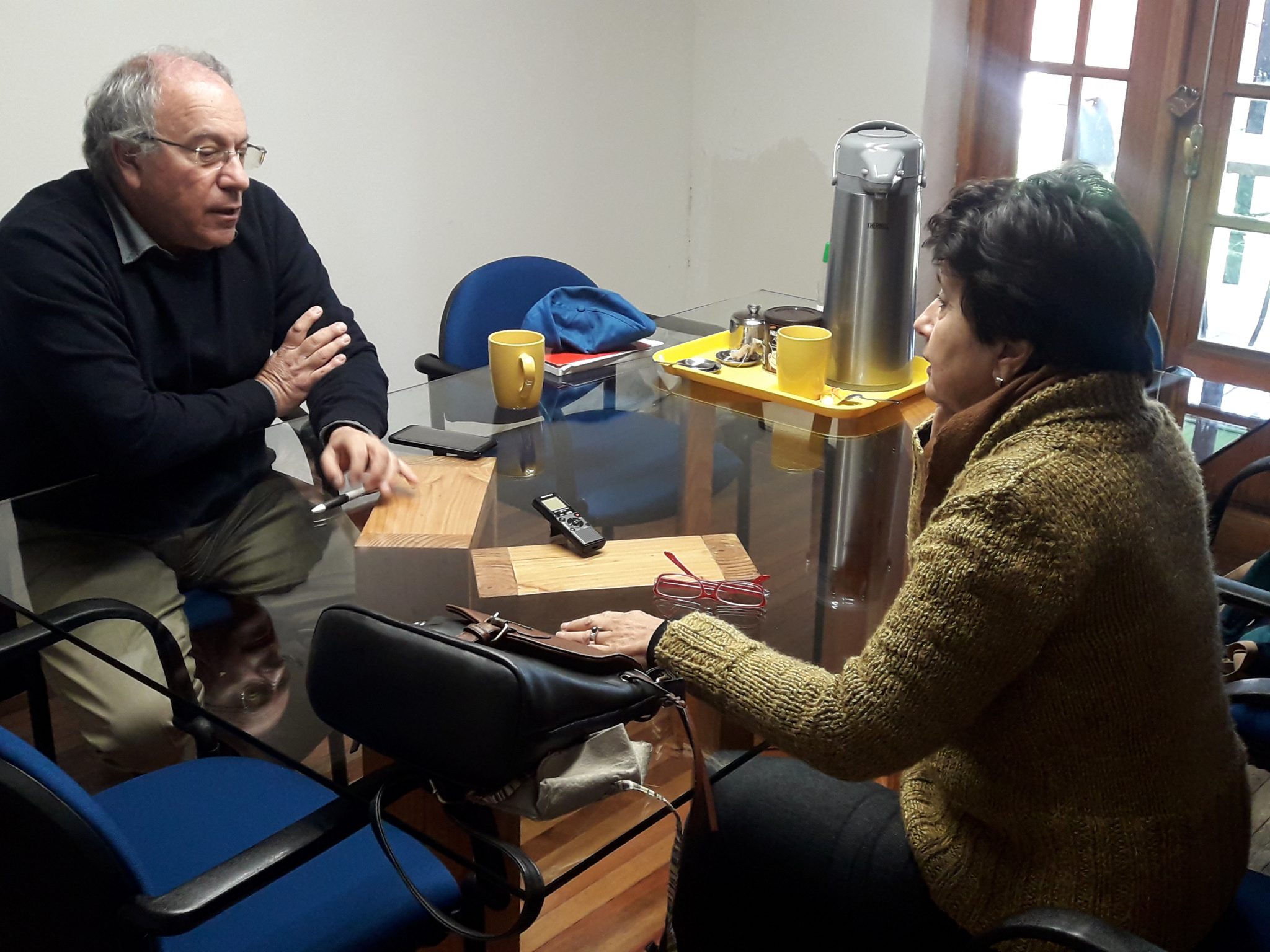 Pressenza: There can be a major cultural change in assuming that denialism is a crime. You quoted  documents that have legal and historical validity, recognised nationally with respect to human rights, such as the Report of the Valech Commission and the two Reports of the Rettig Commission, but what similar document could we have in the case of indigenous peoples and specifically Mapuche, is there an “official” history that we can consult or are there historical versions?

Then this Parliament is betrayed and the massacre of the Mapuche people begins, which is fully documented. It is very clear where these massacres were, how many they killed, etc… they are official data. So I don’t know if in this case it is exactly the case to speak of denialism or not, but those events happened and from then on we speak of the Pacification of Araucania.

Pacification has to do with the Parliaments, but it ended up turning into a massacre and by means of this procedure what they did was to take hundreds of thousands of hectares from the Mapuche communities.

Then the denialism begins by not recognising that it was about pacifying the Araucanía, the name itself indicates it. But this Pacification was in fact a war of extermination and there are many documents about it.

Pressenza: The whole field is very interesting. For example, this year the Museum of Memory and Human Rights is carrying out a very comprehensive programme on indigenous rights and indigenous memory.

T.H.: Well, the role of the Museums of Memory in the world is very interesting. The idea of these museums was born in Germany after the Holocaust and is becoming a necessity for different peoples and cultures.

There are Museums of Memory – with different names – about the Holocaust, but also about many of the dictatorships that have existed in the world. In the United States, there has been a great deal of controversy about the genocide of the American native tribes. The Museums of Memory, in a way, are within this field of rejection of denialism.

If you have a Museum of Memory, you can see it. And if you make it visible, well, it’s hard enough to deny.

And there are many on a wide range of subjects. Last year I was at the museum that was set up in New York on the Ground Zero, where the Twin Towers were located. Regardless of how you feel about 9/11, it’s very impressive there. There are tens of thousands of items and you can’t deny that that happened.

T.H.: Imagine that until a few months ago in Chile the Catholic Church denied that sexual abuse was taking place inside it. What the Attorney General’s Office has uncovered are facts that have always been denied, more than 130 cases of religious abusers. It could turn the page in the future and these facts could be denied or distorted. Such a law prevents the denial of this situation, which is already a structural situation of the Catholic Church, in this case. Then you can, through this law, a Cardinal or an Archbishop who in the future says “look, if that was not the case”, denounce him for denial of facts that were legally proven.

That’s funny. That’s funny. I find all three parts very interesting. Denialism is a novelty. But it is also very interesting to punish incitement to hatred and violence. On the one hand, we humanists promote freedom of expression, so two principles are at stake here. We say there has to be freedom of expression, but what is the limit of that right?

One of the things I have learned from working on this project is that “incite” is a verb that implies action towards another. If I instigate you, I am motivating you, generating an action that you exercise.

I can give an opinion, but this law does not prevent me from doing so. But I’m not inciting hatred when I give a personal opinion. I can express my opinion as long as it does not motivate others to violence or hatred. It is different when I start, expressing my opinion publicly, through the media, on the public highway, etc… seeking to motivate others.

I find the rationale for presenting a project of this kind very interesting. We all agree that we live in a deeply violent society and that this violence is practised in many ways, as well as validating it. Economic violence, for example, is fully validated. But so are many other forms of violence, both socially and individually, and how do we move integrally towards creating a culture of nonviolence?

I believe that a law is not enough; in no way would many things be needed. A personal transformation is very necessary, as well as a social transformation. I believe that it is essential to build new human bonds, new systems of relationships, a cultural transformation, strengthening social bonds. I have no doubt that this reverses the violence. To know the other, to establish a relationship with the other. To get out of individualistic mistrust, to relate to others. What this project seeks, beyond the sanction, is to modify the gaze, to value non-violence, coexistence, to stop invisibility and to begin to collectively assume our history.