Around 3000 BC, when Narmer, nearly unanimously identified as Menes, departed from South Sudan and unified Upper and Lower Egypt to became Pharaoh, he unified two peoples. Approximately 10,000 years ago, the Sahara was rich in animals and vegetation; indeed, a team of archeologists have found images of cows and gazelles in the Sudan desert. An agricultural people followed the Nile and established themselves here, creating the first form of Egyptian-Nubian civilization.

In the 1950s and 60s, Senegalese anthropologist and historian Cheik Anta Diop claimed that early Egyptians had dark skin, but dominant Colonial thinking at the time denied that African populations could have had a historically relevant past. Only Egypt was studied, and the Kingdom of Kush, also called Nubia, was of interest to no one. When American archeologist George Reisner found impressive statues of black Pharaohs and treasures at the El-Kuru site, he hid his discoveries.

Previously a friend and ally of Egypt, the Kingdom of Kush become an enemy due to the abundant gold it possessed and used to make jewelry for the Pharaohs for their journey to the afterlife. At a certain point, the Kushites were enslaved by the Egyptians, yet they also attacked Egyptian territory and engaged in alternating periods of war and peace. The rise to power of lighter-skinned Pharaohs contributed to making the black population a minority.

The greatest Kushite ruler was Piankhi, who was succeeded by his brother Shabaka and other rulers of the XXV dynasty, including Taarka, who was described as a clement King and a great builder. The Kushites adored their god Amon and had a serpent-shaped sacred mountain. Their capital, Kerma, was beautiful and it extended around the temple of Defufa. There were numerous pyramids, which were smaller in size than those in Egypt. In 700 BC, the capital was moved from Kerma to Meroe due to a grave famine. 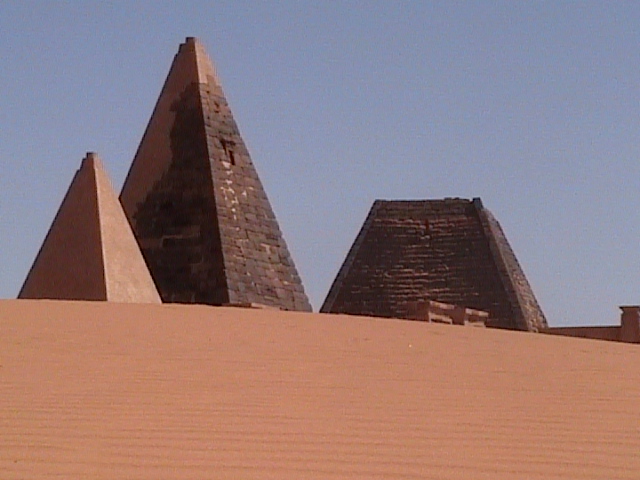 The Meroitic alphabet was different from hieroglyphics and the language itself has not yet been completed deciphered. The Kingdoms of Pharaohs were followed by those of the Queens, warrior women who led troops into battle, built pyramids, and were skilled diplomats and rulers who chose their own husbands. The most famous Queen, Amanishakheto, signed a peace agreement with the Romans after stopping various invasions. Her fabulous treasures were discovered in 1834 by the Italian Giuseppe Ferlini. The pyramid that housed the treasures was destroyed and the objects were sold to various museums, including museums in Munich and Cairo.

Translation from Italian by Peter Luntz