In few minutes we will try to give an overview of Silo’s thought expressed through his books, lectures, interviews and talks that he has tirelessly given over the past 50 years.

His production is extensive and deals in depth with the great themes of human existence, giving a new perspective on the human being and the meaning of their existence.

Along these lines, nothing important has ceased to be the object of his reflections, which has involved his work in a wide variety of subjects linked by the most rigorous coherence.
In them one can walk through the philosophical bases of his thought, his vision of the human being, society, history and the spiritual projection of existence.

At the same time, he has developed a complete system of personal work practices that make it easier for the person concerned to understand and improve their functioning and behaviour. This improvement is aimed at normalizing wakefulness, gaining in attentive attitude, internal coherence (thinking, feeling and acting in the same direction) and development of behaviour in a sense of solidarity.

Also in this field he has developed a complete system of work that, framed in a Transcendental Psychology and organized in four disciplines, leads the operator, through successive steps, to make contact with the deep spaces of their consciousness.

In the social field, he has inspired and promoted the formation of action organizations around the world, which are part of the Humanist Movement and are focused on the search for new answers to the problems of violence, discrimination and lack of equal opportunities in today’s society. Thus, the Community for Human Development, the Humanist Party, World without Wars, Convergence of Cultures, Centre for Humanist Studies and countless Fronts of Action have emerged.

All of this is based on placing the human being as a central value and concern, towards the construction of a Universal Human Nation, focusing on “Active non-violence” as a methodology of social transformation. .

Finally, through Silo’s Message he has developed, in a simple way, a set of texts, reflections and ceremonies that guide the experience of human spirituality transcending particular cultures and beliefs.

As can be seen, the topics developed are wide and varied, and interested parties can get in touch with the different groups working on each of the aforementioned topics.

Given the time allotted to this presentation, we are not going to comment here on each of his books, which are available to the reader on the web or in bookshops, but we will limit ourselves to commenting on some aspects of his thought expressed in books, writings and presentations.

This wide range of sources has raised with us, at the Centre for Humanist Studies, the need to organize the study of its proposals in different areas, with the intention of facilitating their approach to those who want to broach the knowledge of their thoughts and proposals.

For this purpose, we have divided its work into three areas.

One refers to the philosophical bases of his thinking, another refers to the human being as a psychosocial structure in permanent change and a third one where the possibility of transcendence of the habitual conscience and the experience of contact with the deep spaces of the human conscience is studied.

Let’s start with the philosophical foundations of his proposals.

The first thing that Silo defines is his existential position, explaining that his doctrine does not start from ideas or theories, but from the inner experience itself.

It is from this existential point of view that Silo takes experience as the basis for all his developments, affirming that to study any phenomenon one must consider that prior to the study, the operator is in a given situation.

In this sense, his point of view favours an insider’s view of the phenomenon when it comes to studying the human phenomenon.

The central themes of philosophy relate to ontology, knowledge and ethics.

With respect to ontology, Silo proposes that the Being of classical philosophy is an abstraction and that what can be experienced is the structure of consciousness-world, in permanent transformation, driven by the dynamics of acts of consciousness.

In relation to knowledge, he has made a detailed and careful study of thinking, not starting from a theory of knowledge but from the observation of the mechanisms of thinking. These are presented as a chain of differentiations, complementations and syntheses that allow human consciousness to understand more and more in a process without limits.
It is from this understanding of how thinking works that he organizes a structural and dynamic method that facilitates knowing and doing, developing the coherence of thinking.

As for ethics, understood as the values that ponder conduct and as opposed to an external and conventional morality, he affirms that the value of action is not found in the agreement with external regulations but in the internal register of unity or contradiction that they produce in the one who performs it. He emphasizes that the actions that are experienced as valid have the characteristic that produce relaxation to the being to carry them out, that seek to be repeated and that generate a feeling of internal growth. Finally, and as a guide, he postulates Principles of valid action that give guidance to behaviour in an evolutionary sense, taking as a guiding principle the one that states: “treat others as you want to be treated”.

He develops for his study a descriptive psychology that is not based on the interpretation of psychic phenomena, but on the development of the capacity for observation and description of the operator’s internal processes. As a support, he organizes a scheme of the psychism  similar to a computer circuit, which serves as a basis to explain the production of internal phenomena from the study of the functioning and relationship of the apparatuses of the psychism. These apparatuses are the internal senses, the external senses, the memory and the response centres (motor, emotional and intellectual), mediated by a coordinator (the consciousness) who works according to levels of sleep, semi-sleep and wakefulness.

He also develops the concept of the Space of representation as the internal spatiality in which the sensations of the phenomena of perception, memory and imagination are located, which explain how, according to the level of work of the consciousness, images are placed in a location from where they can impel actions through the response centers opening up to the world through behaviour

It is also remarkable the idea that all this works by the action of a psychophysical energy that, when it does not circulate correctly, brings with it different types of alterations. These situations are solved through practices with images and working with that energy trying to restore its normal flow.

All this knowledge is aimed at overcoming the contradictions in the person and at achieving a psychological level of vigilance that is attentive, lucid and critical, allowing the development of a coherent behaviour in the environment in which the person has to act.

On the other hand, the human being is intention and is not isolated but in relation to other human beings who are also carriers of intention, so that society appears as a space of relation of human intentions.
Depending on these intentions, relations will be one of destruction, domination, cooperation or integration, the latter being understood as that which corresponds to a human society where there is no human being above or below another.

Regarding human history, it is not seen by Silo as a story from the outside, where the actions of men appear as scenes from a film, but he highlights temporality as a location from within, seeing human intentionality in its permanent attempt to overcome the conditions of origin, and to progressively free itself from personal and social pain and suffering, the image of a Universal Human Nation being the goal of reference to guide actions.

Finally, let’s talk about his vision of spirituality.
In the human being there is a tropism that goes beyond the mere response of adaptation to the environment. Someone could give correct answers to the changes in the environment in which they find themselves, maintaining the integrity of their structure, and this, which would be enough in any living organism, is not enough in the human case.

The human being also needs a Meaning that goes beyond the strictly psychological. Consciousness can increasingly understand and integrate the situations in which it finds itself, but projected into the future, it collides with the evidence of death and it is precisely the need to overcome this last barrier that leads it to seek ways that transcend it.

There is a religious feeling that, as a strong tropism, seeks to overcome the meaninglessness imposed by death. “There is no meaning in life if it everything ends with death.”

This fact leads to suggest different paths that, organized as disciplines, put the operator on the way to suspend the psychological “I” and make contact with the deep spaces of the consciousness, where the problem of meaninglessness is solved and the last answers are found.

We have summarized what we consider to be the most relevant aspects of his teaching, leaving aside many others, which are also important, that would cause us to exceed the limits of this presentation. 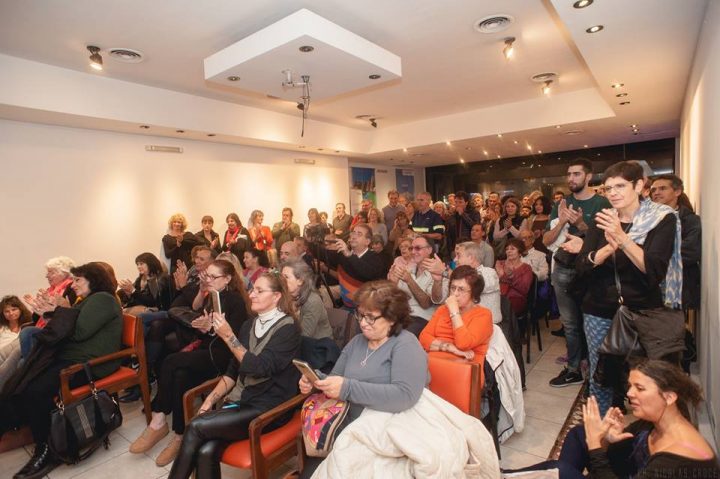