Gerardo Pisarello, first deputy mayor in Barcelona, ​​received Tomas Hirsch as an elected humanist member of Parliament  for the Frente Amplio in Chile.

With the interest of establishing links between the related political forces of the European landscape, last Thursday, February 8, Tomas Hirsch shared a cordial and close talk, with Gerardo Pisarello and Alexandre Masllorens, of the party “Barcelona en Comú”, whose mayor is Ada Colau.

The meeting allowed to exchange about the different social realities that they have to face at this time and to verify the similarity of the proposals and challenges to be assumed despite the different latitudes in which they are applied.

In the exchange, both Pisarello and Hirsch showed once again their great social commitment, their conviction in the defense of the rights of citizens, which has been subjected to the precariousness imposed by a devastating neoliberalism, speculation and corruption, leading to the elimination of the basic rights of the populations and the rise of the extreme right that is gaining space in South America and Europe. Pisarello was very forceful in his statement: “If our political initiative does not work, there is no other firewall to the far right, and what can come from there would be very complicated.”

Hirsch explained how the modification of the Chilean electoral law has allowed them to have deputies, since with the previous electoral model it was almost impossible to modify the political model.

Chile has a long history of coalitions, it has been the way used to defend democracy. He added that there are several factors that allowed this new coalition, based on the premise of accepting diversity, that formed the Broad Front. Among these factors were the student demonstrations that took place in 2011, similar to the mobilizations of 15M in Spain. These mobilizations allowed the advancement of young sectors towards an understanding of the importance of organizing themselves politically. 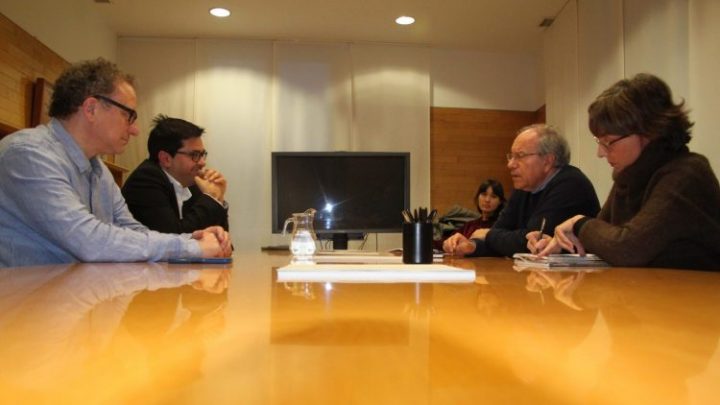 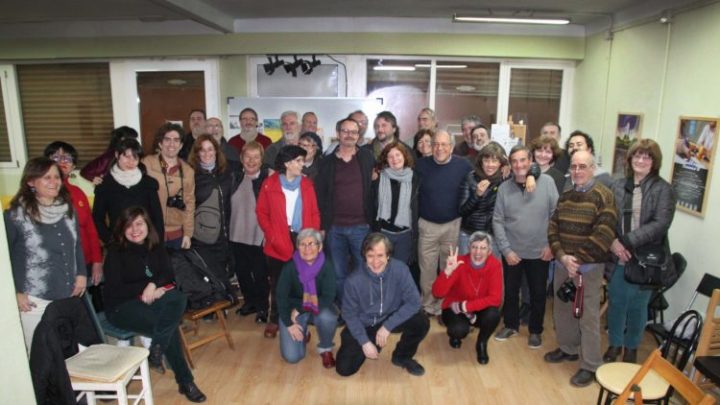 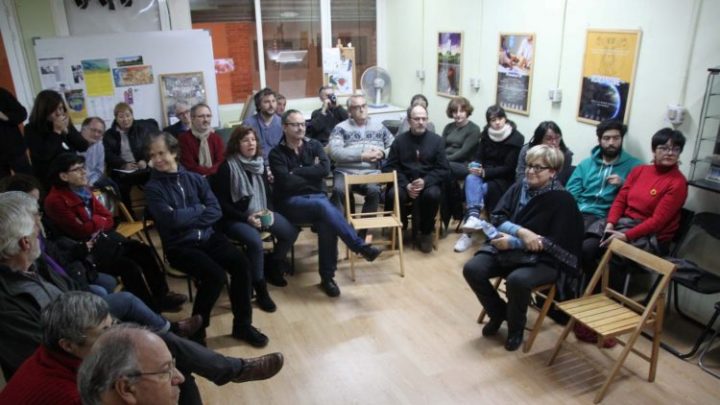 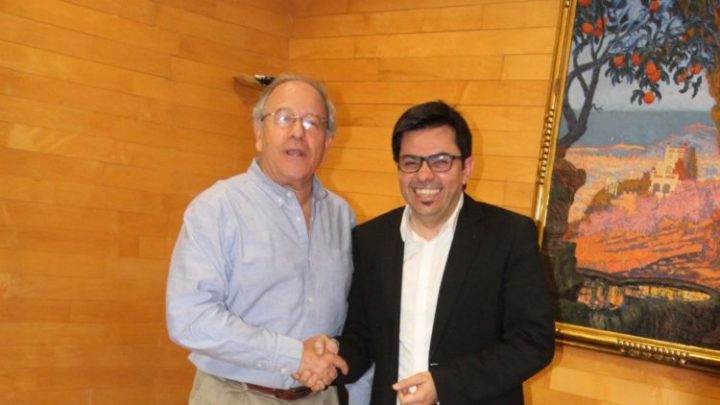 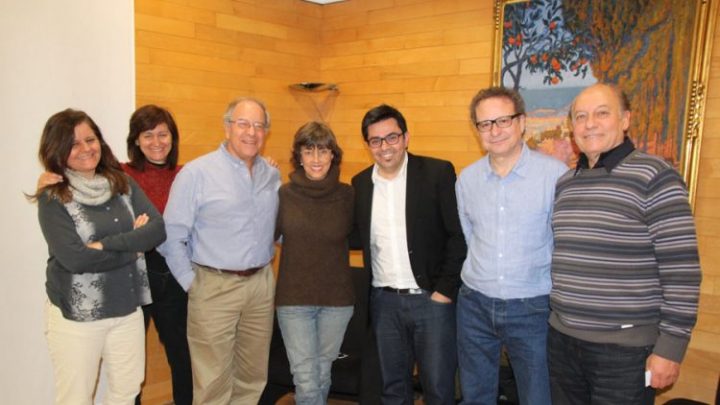 Pisarello stressed that Chile has always been politically innovative and sees the current situation as difficult but hopeful: “the Broad Front is the coolest initiative, its process is different”, comparing it with countries such as Argentina, Ecuador or Bolivia, whose processes come from further back and they have great difficulties.

This meeting added another link to those that Tomas Hirsch is maintaining with the new progressive political forces in Europe, interested in learning about the experience of other similar groups, which already have a few years of political journey and aware of the importance of weaving a world network of allied forces.

After the meeting, Tomas, participated in a meeting in the social space Ágora de Nou Barris, with humanist friends, Frente Amplio and the collective Mapuche Support Coordination Trawun. where he explained how the Frente Amplio was created, the need and mutual dependence of all the formations that make it up, and the development of a new relationship model in which the advance of everyone is prioritized instead of the struggle for the interests of each group. A front that is characterized by its diversity, since the different formations do not coincide in all their positions, but that unites their interest in showing citizens that in response to neoliberal demands, other policies can be proposed that respond to the needs of the population and can incorporate the demands and the proposals of the citizens to platforms and social movements. As an example, the way in which the Frente Amplio elaborated its electoral programme; through participatory and plebiscite-based processes of very broad participation.