Ever since the end of the World March for Peace and Nonviolence eight years ago, many questions have been asked about the possibility of doing a Second World March.

This is not an insignificant issue given that the world today is very different and much more complex and unstable.  The answer depends on what would be the position that everyone takes in front of such a possibility.

We could go one step further and instead of remaining in the field of theoretical discussions go to the practical and generate actions that show the path and open the future to us in order to be able to design a mobilisation of such a scale that it represents an advance on what took place in 2009.

Some of the answers that we have found go in this direction: 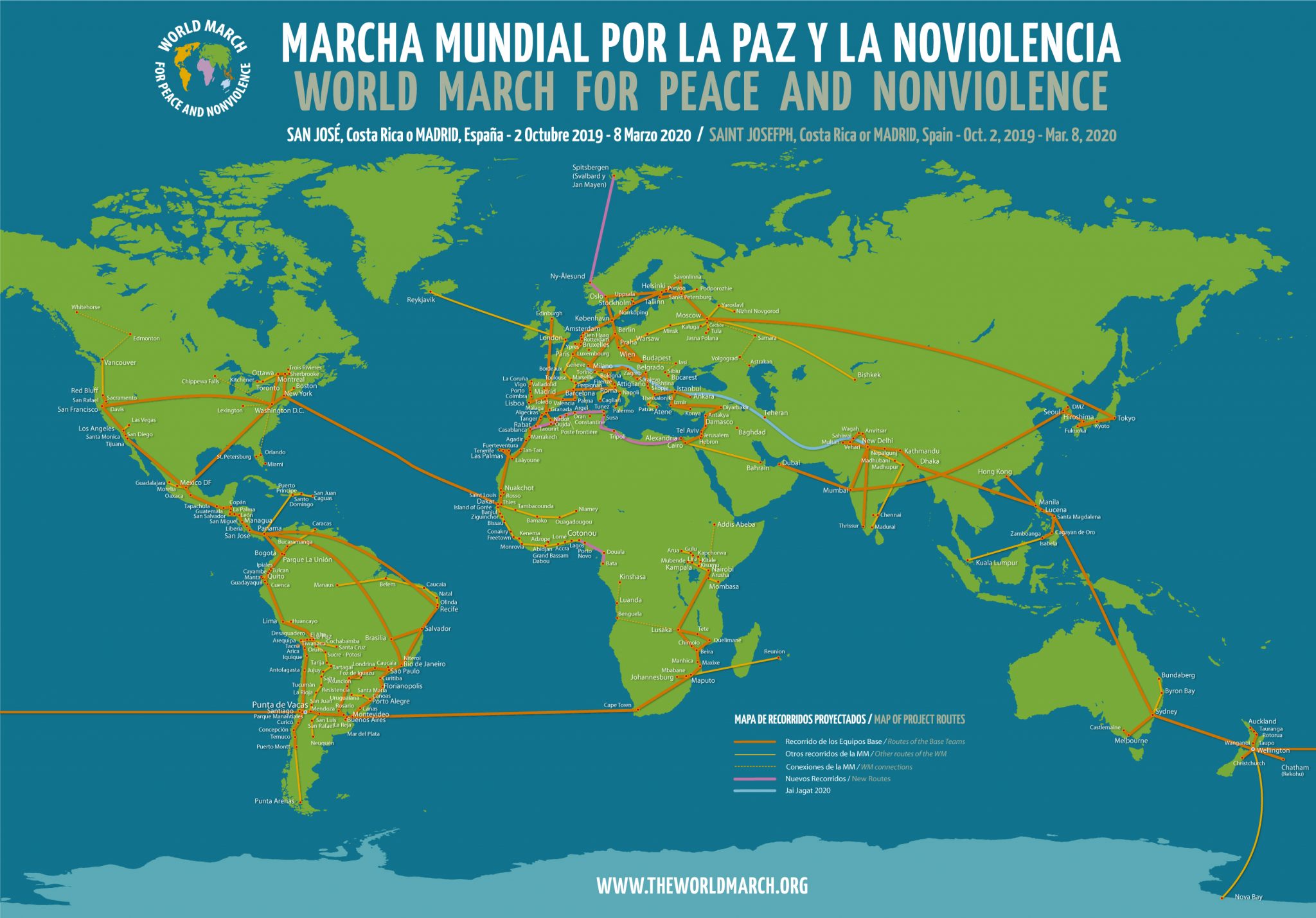 The 2nd World March for Peace and Nonviolence aims to be an action that gives a voice to the voiceless and is a tool that favours progress towards a more human world.

From the 15th to the 18th of November in Madrid, a preparatory conference for the 2nd World March will take place.  The activities will happen in the Spanish Congress of Deputies and in the Madrid City Hall – Cibeles.  Here we will work on giving precision to the steps to take between now and when the worldwide launch will take place, one year before it sets off.

Rafael de la Rubia
Spanish Humanist. Founder of the Organization World without Wars and Violence and spokesperson of the World March for Peace and Nonviolence theworldmarch.org