In the Czech Republic, since 2013 there has been a Ministry of Defence programme known as POKOS: “Preparing citizens to defend the state”[i].

The main interest is to publicise the activities of the Army in different way.  The Ministry’s website says: “discussions, lectures, seminars, practical exercises, exhibitions, thematic and project days, artistic, play and competitive activities, and conducting demonstrations on securing state defence for the public.”  The seminars in schools are restricted to students between the ages of 10 and 15 years old, but in some cases they have been known to take place with children as young as six.  Uniformed soldiers talk about war and demonstrate defence techniques, such as the procedure to follow in the case of an enemy attack with chemical weapons.  Children are encouraged to “play” with weapons so that military life is seen to be attractive.  These training sessions are organised on request of a School’s head teacher without consultation or informing parents.

This advertising campaign for military life has been strengthened with the famous US Army Dragoon Ride through the Czech Republic in March 2015. Here we find the first images of children playing with the weapons of US soldiers.

But why was this programme launched?  “ISIS is here,” said Prime Minister Bohuslav Sobotka in an interview in which he also referred to the Ukrainian crisis. In summary, the justification given is very simple: we live in a dangerous time and we have to defend ourselves. Today’s children will be tomorrow’s soldiers.  But by saying something that a distracted citizen may seem reasonable and harmless, there is no reflection on some very important things.

1. These seminars take place in an atmosphere in which war is presented as a future possibility. This dark, fear-filled atmosphere becomes palpable thanks to the presence of the military and their weapons. We know that in a democratic and civil society publicly-funded schools have the task to develop reflection and critical thinking in young people, to form human beings who are able to freely choose their own life. On the contrary, emotions such as fear and terror inhibit intellectual skills and immobilize critical thinking that is evolving precisely during those school years, leaving children to get used to a negative state of the nervous system, characterized by apprehensive concern, general nervousness and tension as described by J. Panksepp in the book, The Archaeology of Mind, Neuroevolutionary Origins of Human Emotions.

As now proven by various anthropological and neuroscience studies, violence is not genetic[ii].  What determines our choices depends on what we learn during the first years of experience in the world when all our neural connections are developing. When students are presented with a terrifying prospect of the future, offering militarization as the only possibility, this creates a generation that knows no other response than belligerence and physical conflict, which will certainly apply in all contexts.  Realizing that members of their own species are likely to be enemies, they will develop deep insecurity and distrust towards others.

The proponents of this programme naively defend themselves by saying that children are having fun and are happy. However, we’ve collected statements that show another reality. Some parents said their children were scared, others were excited because they were “learning to fight immigrants.” These soldiers have no experience or pedagogical preparation for speaking in schools. Just watch the documentary “Výchova k válce” – War Education – by director Adéla Komrzý in 2016 to realize the lack of educational sensibility, and the coarse and hard way that these seminars are being carried out.[iii]

2. We are facing very serious manipulation. It is assumed that in the face of violence, one must react with more violence. But the decision to take a weapon and shoot and kill another human being, even to defend oneself, is a difficult and profound choice that everyone has to do in their own conscience. How can you ask this of a ten-year-old child?

The concept of patriotism is manipulated to justify violence and to make militarism an ideology, a myth and almost a state religion. In fact, anyone who does not agree with militarization is labelled as a national traitor.  Violence and the arms race are justified with the supreme interests of the state, interests that are placed above human beings, individual freedom and morality.  This is a typical aspect of all totalitarian regimes. In the documentary video above, “Výchova k válce”, a high official of the Ministry of Education, Ondřej Andrys, clearly says that the State is deciding what students have to do at school and that parents have no right to intervene.[iv]

3. Another great manipulation is to say that today’s situation is difficult, but without saying that it is dangerous precisely because of the violent and militaristic mentality that is spreading ever further. How can one think that the solution is to further develop the same worship of violence and rearmament, which is the very problem that must be resolved?

The arms race policy is the product of a small minority who controls information and tries to impose its ideology.  By contrast, ordinary people are becoming increasingly open to a culture of peace.  The majority don’t want wars, violence or armies armed to the teeth.  The future that everyone desires for their children is not to go to war and die, as could have been the case in the last century manipulated by great ideologies.[v]

The solution to the dangerous world situation is obviously by changing the way of thinking.  It would be coherent to train young people in the ability to solve problems intelligently, diplomatically and nonviolently.  Above all, we should teach them to understand the causes of the problems we are faced with and not to react compulsively to the effects of these causes without any reflection.  This is the role of a secular school in a democratic and civilian country.

We believe that these causes should also be sought in certain aggressive policies that have produced destruction and emigration and created a fertile ground for the development of fanaticism and terrorism. Western governments endorse arms sales to dictatorial countries like Qatar and Saudi Arabia, which support terrorism[vi].  In 2015, with expenditure of $ 87 billion, Saudi Arabia was the third largest country in the world for military spending, exceeded only by the United States and China[vii].  Czech Defence Minister Martin Stropnicky has called the Kingdom “a very important actor in the Middle East” and has supported cooperation between Saudi Arabia and the Czech Republic in terms of armed forces and weapons[viii].  Jürgen Grässlin, an expert in the arms trade, has said that in many wars, such as Syria, Libya and Iraq, weapons are sold indiscriminately to all actors in the field and that “the dramatic consequence of this unbridled export policy is that the so-called ISIS uses weapons from 25 states.”[ix]

We are in the presence of a strategy of fear aimed at militarizing society[x].  Indeed, we also observe the trend towards a strong increase in military spending, a return to compulsory military service and the free sale of weapons for personal defence. According to SIPRI data, world military spending was $ 1.680 trillion in 2016, up nearly 60% since the year 2000[xi].  In recent years, the United States has been pushing heavily on NATO members to increase military spending, reaching at least 2% of GDP. The consequence would be, if we only consider European countries, an annual expenditure of 295 billion euros, which is 80 billion more than current spending, an increase of 37%.  One cannot fail to observe that at the same time society is being impoverished, public spending in the fields of education, healthcare and support for the weaker sections of the population is being reduced.

What we are describing is a picture in which States and politicians are hostage to the military industry. It shouldn’t be the young who have to pay for the wrong choices of the adults!

Distracted by the problems of daily life, abused by the disinformation of the media and paralyzed by our fears, we do not realize what is happening right in front of our very eyes. We forget that protecting our children and life in general is a priority above any economic interest and, as Socrates taught us, above any political power. And unfortunately this silence leaves the field open to the supporters of violence. In this regard, Martin Luther King said that he was not afraid of the wickedness of bad people, but of the silence of good people.

We appeal to the healthy part of our society so that it can express itself and take a stand on this issue of primary importance for our lives. Let’s not leave our fate and that of our children in the hands of a few politicians servile to the arms industry! Our future depends on what we decide today.

[iii] Výchova k válce, Adéla Korzýová, 2016. It’s enough to watch a few minutes of the video to realise the gravity of the problem we’re talking about.  Trailer in English: Teaching war

[iv] Minister Bottai of the Mussolini’s Fascist government in 1937 said: “It’s about increasing curiosity of weapons and how to use them, making it part of national culture, our intellectual and moral formation.”

[v] In this article we aren’t talking about the armed forces and their role, but rather about imposing and spreading a violent and militaristic mentality among children. Regarding the role of the armed forces, we subscribe to Silo’s position expressed in “Letters to my friends”: “… independent of the aversion we feel for every form of violence, we cannot now propose the simple disappearance or unilateral disarmament of the military, which would only leave a vacuum that will be filled by other aggressive forces,… “, Silo, Letters to my Friends, in Collected Works, Volume 1, Latitude Press, 2003.

[vi] As is also the case with a 2013 e-mail from the office of Hillary Clinton: “… the governments of Qatar and Saudi Arabia, which are providing clandestine financial and logistic support to ISIL and other radical Sunni groups in the region …”

[viii] Martin Stropnicky negotiated with the Ambassador of Saudi Arabia

[x] In Italy in 2010 the “Trained for Life” project promoted by Ministers La Russa and Gelmini, an approach to military life from school, was stopped thanks to the strong protests of teachers, students and civil society in general.  “Trained for Life”, paramilitary courses for students? Programme of the Lombardy Region: Trained for life.  Throughout eastern Europe we are witnessing a militarisation of society by the European Union and NATO with the support of local governments. 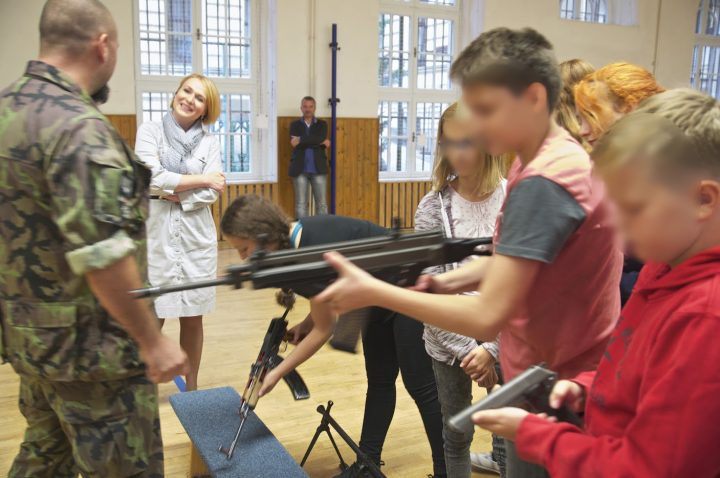 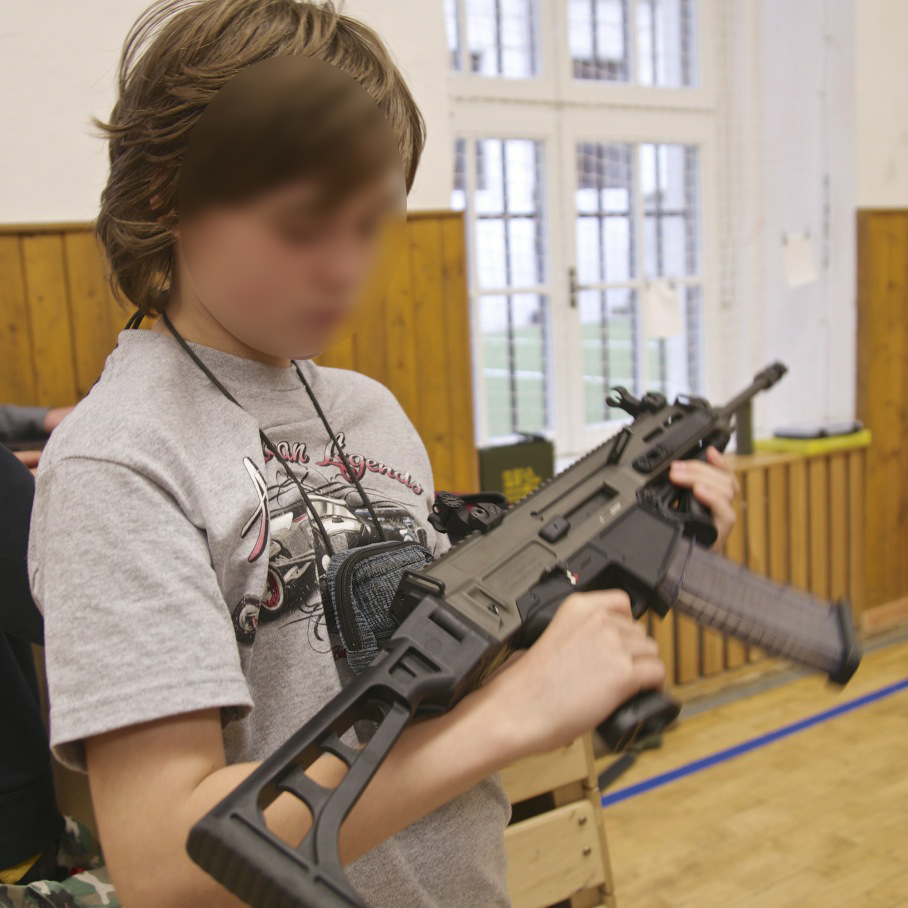 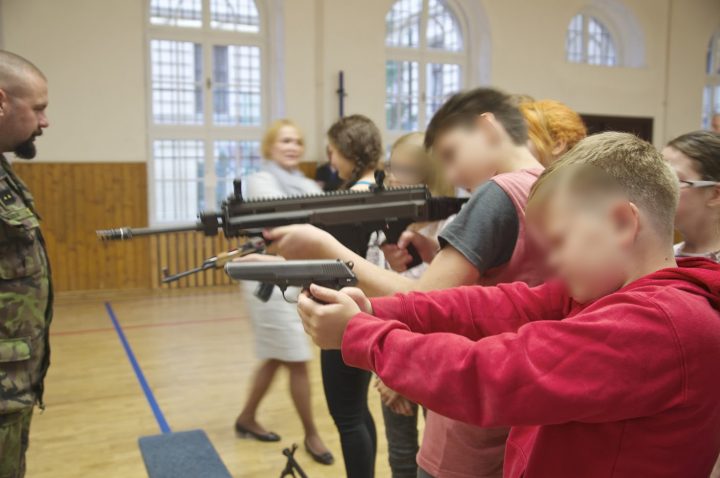