Students, young athletes and groups of adults have been going around numerous schools in Madrid organising nonviolence and peace symbols. These activities have taken place in recent weeks and aim to be a preparatory work for an international campaign to be kick-started in 2017. The campaign will start on the 30th of January, the School Day of Nonviolence and Peace and ends on the 2nd of October, the International Day of Nonviolence. The closing act will take place within the Rayo Vallecano premises (Ciudad Deportiva del Rayo) in Madrid.

This is another action that intends to counteract the increase of violence experienced in many fields of society. The campaign is being initiated by World without Wars and Violence and the local newspaper Vallecas VA. Ciudad Deportiva del Rayo Vallecano will offer support and will host the human nonviolence and peace symbols in October which will involve thousands of people. The main reason for these actions is to increase people’s awareness about nonviolent solutions, and to encourage peaceful, intelligent and effective responses to aggressive and violent situations on any scale.

Nuñez Arenas School, from the Entrevias district of Madrid, has called on the whole educational community to participate in the action. The school is also carrying out two additional pioneering activities: The Nuñez Orchestra and The Music of Recycling. 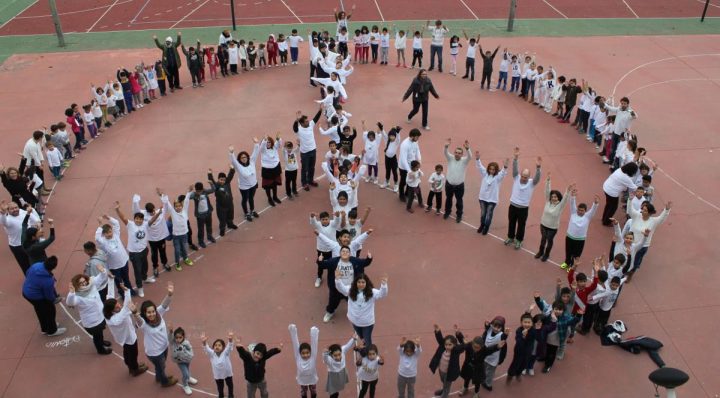 The Mario Benedetti School has participated with all 450 students. The school is a pioneer in teaching the principles of these ideas outlined above, and is located in the region of Madrid. The methods used in this learning community encourages “students to discuss their preferences for Ulysses or Quixote with the same passion as if they were talking about Real Madrid and Barcelona.” 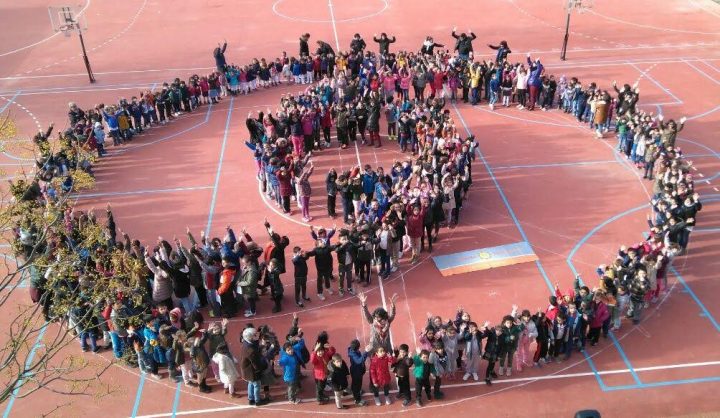 Despite the rain on a cold winter’s day, even various elderly groups form Vallecas District (Madrid) made the Peace symbol in a park near the Asamblea de Madrid (Parliament of Madrid Region). Their courage and determination defeated the miserable weather conditions. 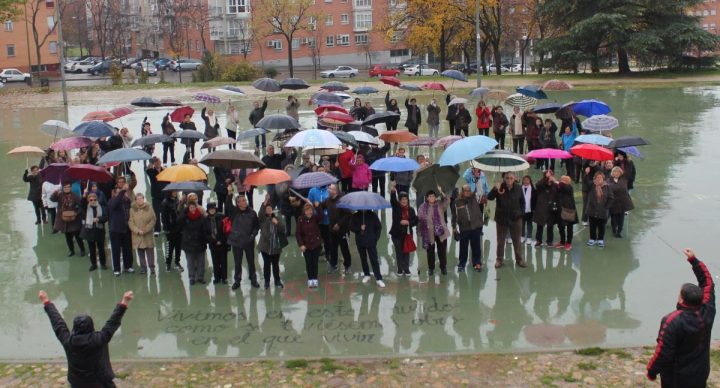 The Rayo Vallecano Children and Youth football teams made the Peace and Nonviolence symbols during the intervals in their training sessions. They also built the words “Peace” and “Nonviolence” with their bodies. More than 300 players and their support teams helped with the display. 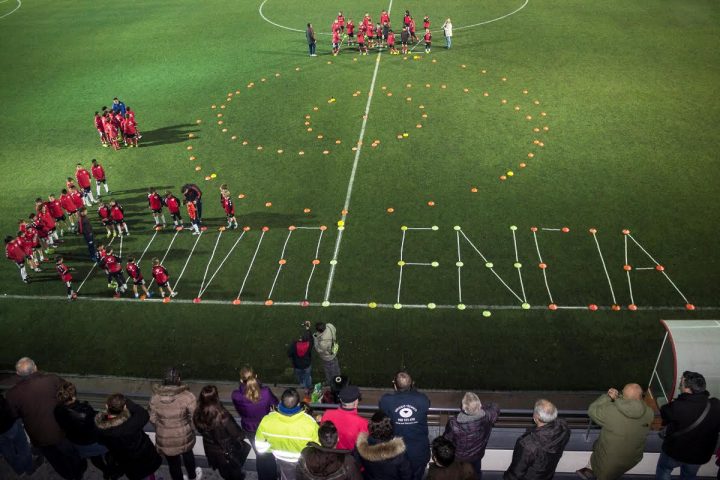 According to the organisers, “It is urgent and necessary to create a culture of nonviolence in order to counteract the effects of trivialised violence present today in the media and in human relationships, in institutions and academia.” The action is open to any school, high school, education centres or learning communities that are interested, as well as parent-teacher associations and volunteers are looking who would like to support the project.

In the same struggle against violence, activists from World without Wars and other nonviolence and pacifist organizations are working together on activities and regional mobilisations in Costa Rica, El Salvador, Nicaragua, Honduras, Guatemala, Colombia and Ecuador, such as The Central American March for Nonviolence that will converge with a forum taking place in San José, Costa Rica in September 2017