The Director-General of IRENA Adnan Z. Amin, delivered a keynote address at the event today, highlighting the global impact of Germany’s early innovation and continuing commitment to the development and deployment of renewable energy technologies.

“Germany has long recognised technological innovation as a crucial component of its Energiewende. This foresight and commitment has inspired the innovation and investment required for these technologies to become technically and commercially viable in developed and developing economies.” Adnan Z. Amin

According to IRENA’s recent report Renewable Power Generation Costs in 2014, the cost of generating power from renewable energy sources has reached parity or dropped below the cost of fossil fuels for many technologies in many parts of the world. This holds true even without financial support and despite falling oil prices. Solar photovoltaic (PV) is leading the cost decline, with solar PV module costs falling more than 75 per cent since the end of 2009 and the cost of electricity from utility-scale solar PV falling 50 per cent since 2010.

The report also indicates that costs for Germany’s small-scale residential rooftop solar PV systems fell 64 per cent between 2008 and 2014, achieving the lowest costs in the developed world, second only to China. Germany also has the world’s largest cumulative installed capacity of solar PV, the third largest installed capacity for both onshore and offshore wind, and the largest installed biomass capacity.

“Germany has one of the most ambitious renewable energy targets in the world under the Energiewende, promising 60 per cent of renewable energy in final energy consumption and 80 per cent of electricity generated from renewable sources by 2050. IRENA applauds Germany’s leadership in this sector.” Adnan Z. Amin 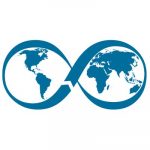