After the right-wing coup in Peru and the waves of protests against Castillo’s ousting, the question remains as to why Pedro Castillo was so inconvenient to Western elites.

Certainly there are many answers, but we can identify turning points in his politics and government that opened the way to other possibilities for Peru.

Certainly his being socialist and anti-imperialist is the first sign of danger in a continent like Latin America where in recent years the left and social movements have returned to play a key role including in governments in Bolivia, Venezuela, Guyana, Chile, Argentina and Nicaragua in addition to revolutionary Cuba. In addition to this, however, there are events that have deeply marked his socialist government:

In November 2021, Pedro Castillo appointed as Minister of the Interior the lawyer Avelino Guillén, who had served as prosecutor in the trial in which former […] dictator President Alberto Fujimori (1990-2000) was sentenced to 25 years in prison for crimes against humanity in 2009, a post that earned him the recognition of being named in 2008 by the Spanish newspaper El País as one of the 100 most important personalities in the world that year .

That same month had marked a historic day, the handover of the old Block 1 to the state-owned hydrocarbon company, which recovered it to produce crude oil after more than 25 years of privatization: “Today we are changing history, taking the big step of returning Petroperú to productive activities. This measure will -in the near future- have a significant impact on the sale prices of the fuels that Petroperú will produce to supply the national market, benefiting millions of Peruvian families”-the president had said during a ceremony held in the province of Talara, in the north of the Peruvian coast.

Petroperu had been established in October 1969 after the nationalization of the International Petroleum Company, a subsidiary of U.S.-based Standard Oil, by the government of General Juan Velasco. It was later privatized under the neo-liberal pro-U.S. government of dictator Alberto Fujimori (1990-2000), which banned the state-owned company from exploring for and extracting oil. After two decades, Castillo stamped the resumption of Petroperú’s production activity, remitting Block 1 with a production capacity of 500 barrels of crude oil per day through 90 wells while also producing liquefied gas. Castillo had pointed out that this would allow the new Talara refinery, with a capacity to process 95,000 barrels of crude per day, to be supplied with fuel production with minimal polluting effect. Petroperú also would soon have access to oil blocks 192 and 74, in the north of the country, for exploration and production purposes, including for the new refinery.

The Petroperú company had been planning for several years to fully recover all phases of the oil business, but only under Castillo was it able to make a commitment to continue developing major projects to increase its presence in the liquefied petroleum gas market, at lower prices and with a significant benefit to the population. Castillo’s government was determined to continue to promote a fuels market with fair and affordable prices, implementing a new policy of massifying domestic gas in every home in the country, contrary to what had happened before when Peruvian gas was extracted at a cheap price by private multinationals, which resell it to citizens at a price even higher than what people in neighboring nations pay. Not only that, [but] after 100 days in government, Castillo made a famous speech in which he took firm positions against a certain type of establishment:

“Since the first days of the electoral campaign and the beginning of this government, they have been calling me a ‘communist’ using the term as an insult and saying I would take away their property. I ask: It has been 100 days of government, have I taken away someone’s home, savings, or have I expropriated someone? Those were the usual lies of the right to win elections. Instead, what we are doing is to start revitalizing rural labor, access to credit, collective technical support, food purchases with public money, planting and water harvesting. There are more than 2 million rural men and women who have been abandoned in recent decades, and we will put agriculture in its rightful place.
With the multinational gas company of Camisea, the process of renegotiating the gas contract has begun.

Gas for Peruvian households must be available and at an affordable price. A bill will be submitted to Congress to prohibit people who have a tax offense charge from being candidates. We need to clean up politics, Peruvians are tired of people accused of corrupt acts participating in politics (…). Never again should those accused or convicted of acts of corruption, or leaders of criminal gangs participate in politics. We will put the presidential plane up for sale in order to allocate the resources from the sale and future savings to the health and education of Peru’s boys and girls. In addition, a rule that I will sign today will prohibit government officials from flying first class. In a government of the people, officials must travel like any citizen of the Fatherland. Since I began my term I have seen that many public officials have too many privileges, and that is not good.
The current minimum wage, set at 930 soles, will be increased to 1,000 soles amid a positive picture for the economy with the Ministry of Economy and Finance predicting that the Peruvian economy will grow 10.5 percent this year, the Central Reserve Bank estimates it would be 11.9 percent, and many analysts think it will exceed 12 percent.” .

During the election campaign, Castillo promised to raise taxes on multinational mining companies and use those funds to increase investment in health, education, and poverty reduction in a country that is the world’s second largest copper producer and where mining accounts for 60 percent of total exports. Earlier in the day, in reference to the acceleration of inflation in Peru, a special commission has reportedly already been formed to evaluate measures in the face of the recent increase in the prices of some food and basic products such as domestic gas, as well as the depreciation of the sol, the national currency, to historic lows against the dollar due in large part to political speculation set up by right-wing-linked financial circles to scare the electorate in anticipation of a Castillo government.

In August 2021, the Presidency of the Council of Ministers had informed that it would begin collecting all the debts reaching millions that the companies owed to the National Superintendency of Customs and Tax Administration SUNAT. And so two private mining giants (one of them 53 percent U.S.-owned) that had incurred multimillion tax debts [that had] never been collected by previous governments finally paid what they owed.

Reporting the news were Prensa Latina and HispanTV, which said that [the two mining giants mentioned] were the Buenaventura Mines company, which owed $521 million to the Peruvian state, and the Cerro Verde mining company, which exploits copper deposits in the Arequipa region. The latter is indebted to the state by $245 million, and was at the center of a judicial investigation. Cerro Verde generates 2 percent of Peru’s Gross Domestic Product from the copper mine it operates, and the payment corresponds to taxes claimed by the state from 2009 to 2013 and respective fines that the multinational never paid during previous pro-state governments . Also playing a key role was the induced resignation of former foreign minister Béjar for coming into the crosshairs of the Peruvian right after his statements on Peru’s possible exit from the Lima Group, as well as the country’s joining the movement to demand an end to U.S. sanctions against Bolivarian Venezuela.

Castillo’s decision to end the nefarious Lima Group and establish a positive dialogue with progressive countries on the continent appears to be an unbearable threat to the local oligarchy and U.S. multinationals, as well as to financial speculators who have made colossal margins on Peru. Inducing Bejart to resign had been read by some analysts as an attempt by the Peruvian right to turn around through a “mild coup” the outcome of the polls as early as August 2021. As observers and analysts, we wonder if it was the initiatives of Castillo’s nascent socialist government alone that bothered some who still consider Latin America as “their own backyard.” 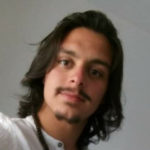