An alliance of voices from the frontlines and for the environment

Super Typhoons. Flash Floods. Forest Fires. Drought. While the challenges of climate change are global, the impacts and the solutions are often highly local. Communities therefore, need trusted information to mitigate environmental impacts and find new ways to adapt. This is where the role of environment-centric civic journalism comes in. With these in mind, Global Alliance for Incinerator Alternatives (GAIA) Asia Pacific Media Fellowship was launched in 2019 in the Philippines and Malaysia which was designed to maximize the participation of journalists from various media organizations and academic institutions to learn about environmental issues affecting the region. Fellows from different media outlets were provided the opportunity to enhance their knowledge of core issues such as Zero Waste (ZW), plastic pollution, and waste-to-energy (WTE) incineration. From this initiative, the Zero Waste Journalist Network was formed.

The Zero Waste Journalist Network aims to improve media coverage on Zero Waste, and therefore increase public engagement in the issue with focus on developing countries, especially in critically affected regions. Digital and on-line discussions and exchanges between network members will be regularly done, continuously building capacities by informing colleagues through collaborative learning. This access enables a stream of news stories with relevant scientific and policy information to reach audiences across the global South. Taking a networked approach, it aims to become more sustainable by creating networks of climate change journalists who work in a leadership role with their local colleagues and community audiences.

The Zero Waste Journalist Network was formally launched on January 19, 2023 as part of the observance of the International Zero Waste Month.

Among the journalists are Gerry Lirio (Philippines – Southeast Asia), who after the devastation of Super Typhoon Yolanda (Haiyan) realized the importance of environmental reporting, especially climate reporting from small island nations, and advocated the creation of a “green” desk for media outlets in the Philippines; Ben Bilua (Solomon Islands – Pacific) who sees the importance of climate reporting especially for island nations like his; and Abhishek Kumar (India – South Asia), who stressed on the importance of highlighting Zero Waste (ZW) work in Asia Pacific and showing the global north that we have solutions here.

This historic launch of the Zero Waste Journalists Network will give voice to Zero Waste and climate discussions as seen from the lens of journalists. 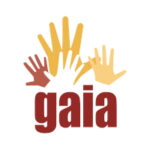 GAIA
The Global Alliance for Incinerator Alternatives (GAIA) is an alliance of over 800 organizations and individuals advocating for a just and Zero Waste world built on respect for ecological limits and the rights of communities. We envision a world where resources are sustainably conserved, and not burned nor dumped.