22 January marks the second anniversary of the entry into force of the Treaty on the Prohibition of Nuclear Weapons (TPNW), ratified by 59 countries, including Spain, which, as is well known, does not have nuclear weapons.

A year ago, we published an article here with the title Spain, against the ban on nuclear weapons and handed over to NATO. A lot has happened in a year, but today we are going to focus on the second anniversary, 22 January, of the entry into force of the NPT (Treaty on the Prohibition of Nuclear Weapons), ratified by 59 countries, including Spain, which, as is well known, does not have nuclear weapons. We believe that in order to move towards the total prohibition of nuclear weapons, it is necessary to look back and see how far we have come. Social gains do not come out of nowhere: they are achieved.

To answer these questions, it will help us to take a critical look at a figure who, although he died in 2017, already moves between legend and history: Stanislav Petrov, about whom the film director Peter Anthony made the documentary The Man Who Saved the World, released in 2015 in Denmark. Petrov was a lieutenant colonel in the Soviet army who, on 26 September 1983, in the middle of the Cold War and while at work, when a nuclear alert went off, he had to make a momentous decision in seconds about whether or not to respond to the attack by five American nuclear missiles. Against protocol, legend has it that following his instinct, he convinced the Armed Forces that it was a false alarm, and thus managed to save the world from a devastating nuclear holocaust.

Seen from an extraterrestrial perspective, one would ask: how is it possible that the human species, which claims to be intelligent, would trust the safety of its planet to the disobedience of a few military nuclear vigilantes educated precisely in obedience and violence? Seen from a more realistic anti-militarist perspective, the first thing to emphasise is the irresponsibility of the nuclear powers in creating and maintaining devices that can wipe out life on the planet. Second, the irresponsibility of billions of citizens who consent to threaten and be threatened by the nuclear powers. The Petrov episode is an invitation to reflection and, above all, to action so that humanity is no longer in danger. We should not so much celebrate a military man saving the world as denounce the fact that the world is subjected to the military and threatened to the point where a false alarm could end it. We do not need more military heroes to save the world. History is full of them, and despite the made-up and self-serving heroic version, they have always been surrounded by corpses and destruction.

The “false alarm” story is not the only nuclear weapons incident. Despite military secrecy, serious failures and deficiencies in safety systems have been documented. Some of these incidents are well known, such as the bombs that fell at Palomares, where the area is still contaminated to this day. Considering that there is no such thing as total nuclear safety and the danger of its consequences, the only “zero risk” to which we are entitled is only possible with the total elimination of nuclear weapons. Against this background, we are in a better position to address questions about nuclear armament.

Fighting without weapons against weapons

After the Second World War, after the first moments of euphoria or justification, many people began to question nuclear weapons, as they became aware of what their very existence entailed. A paradigmatic case is Albert Einstein, who defended the need for the US to develop the weapon before Nazi Germany did, but years later, in 1955, he realised the error of his position and, together with Bertrand Russell, signed the famous manifesto, known as the Russell-Einstein manifesto, in which they pointed out the danger posed by nuclear weapons and called for a peaceful solution to conflicts. Russell was noted for his firm opposition to nuclear weapons from their very inception, and indeed he was one of the first intellectuals to oppose the bomb, having written The Bomb and Civilisation in 1945, a commendable essay on the subject.

Both the texts written by people from different backgrounds and the lobbying work done by organisations such as ICAN (International Campaign to Abolish Nuclear Weapons) are laudable and necessary, but we want to recognise nonviolent direct action and civil disobedience as the transcendental factors in the opposition to nuclear weapons. 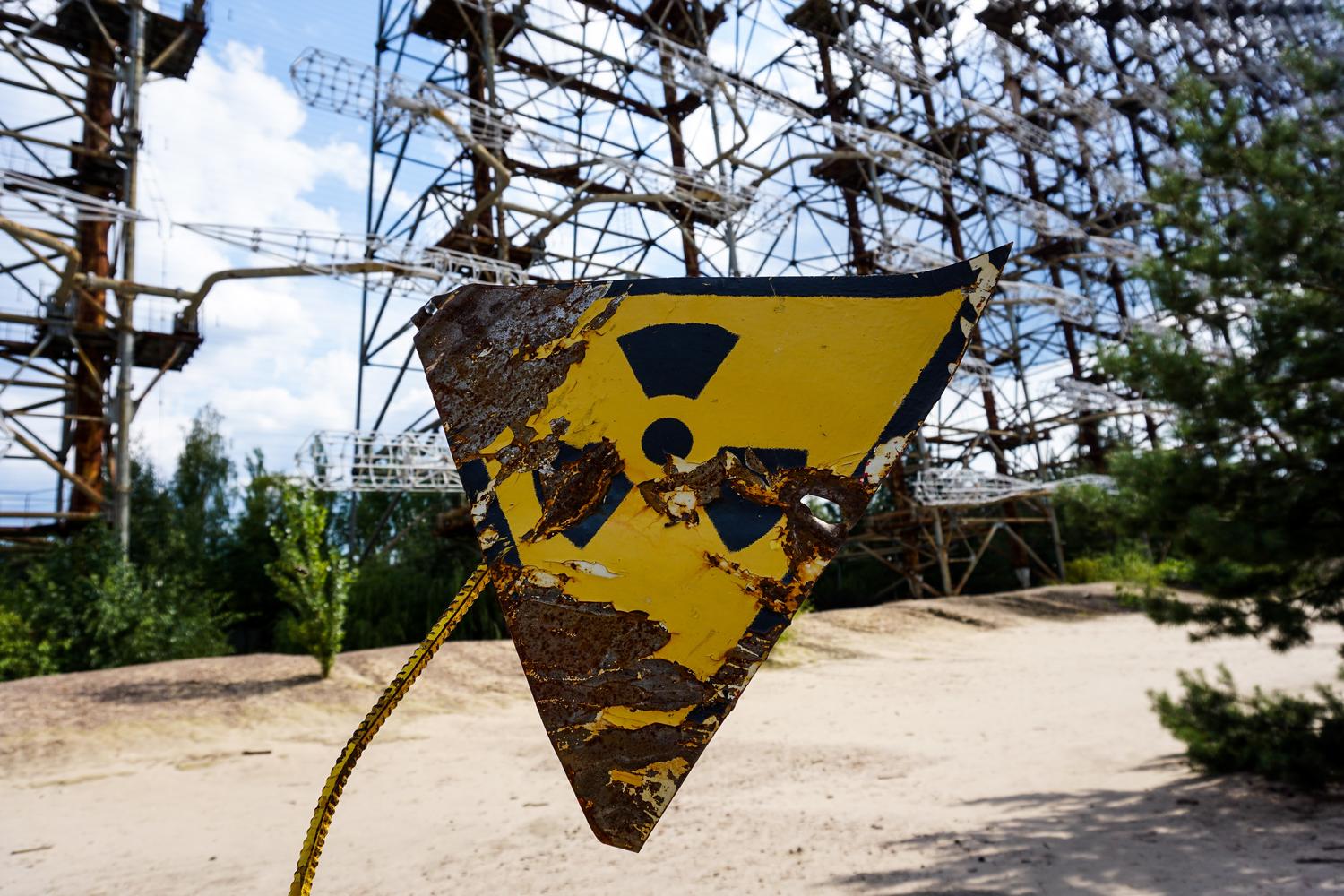 Photo by Ilja Nedilko on Unsplash

The Campaign for Nuclear Disarmament, Russell, and the disobedient

The Campaign for Nuclear Disarmament (CDN), created in 1957, drew on the experience of the peace and anti-war movement that had been forged during the world wars. From its inception, the people involved (Russell, of course, among them) were determined to build a powerful campaign and to use all the tools at their disposal. With this intention, between 1958 and 1965 they organised the Marches to Aldermaston Base (the British base where part of the British nuclear arsenal was kept), in which, among other things, sit-ins and blockades of access were carried out. The photo of an elderly Bertrand Russell sitting on the ground at the 1961 march is famous.

After a hiatus of years in the marches, the fight against nuclear weapons in Britain was revived in the 1980s. Since then, the CRC and other pacifist groups have organised various marches and encampments at the bases where nuclear arsenals are built up or where nuclear submarines are anchored (Faslane). On 5 September 1981, a march was organised on Greenham Common (Berkshire, England) to protest against the presence of military silos on the base, with the aggravating circumstance that the base was established on communal land in the village. Once there, a group of women decided to stay, establishing the Greenham Common Women’s Peace Camp. From that day until the year 2000, women were permanently camped outside all the gates of the base. Although the number of women varied, those who were there were dedicated to breaking all the rules of the base and practising all kinds of disobedient actions, even going so far as to enter and dance on top of the nuclear silos.

Another courageous example of nonviolent direct action against nuclear weapons comes from the women of Trident Ploughshares. This group, founded initially to protest against the British army’s Trident nuclear programme, specialised in a very curious and highly symbolic type of action: entering military bases with a hammer and disabling weapons. The case of the three of them, Ellen Moxley, Angie Zelter and Ulla Roder, who swam up and boarded the submarine HMS Vengeance, painting slogans on it and severely damaging the equipment, is well known.

These are examples off the top of our heads, but we are aware that where nuclear weapons appear, so does opposition to them, for the only decent thing to do with nuclear weapons (any weapons) is to oppose their existence and work for their elimination.

In a future article we will analyse the relationship between the non-signing of the NPT by the most progressive government in Spain, with the impositions that NATO and the EU are making in this and other respects. Now, what we have to do is to work together with other pacifist, antimilitarist, environmentalist, feminist and anti-racist organisations to demand the signing of the NPT as the best guarantee that nuclear weapons (and later, the rest) will really disappear from the face of the earth.