After a protest in the luxury car showroom of BMW’s headquarters in Munich, 15 members of Scientist Rebellion have been taken into preventive custody. Thirteen of them will be held until Friday, 4th of November, while two others will remain in custody until Tuesday 1st and Wednesday 2nd of November. Another scientist, who has been held in custody since the 28th October after participating in a road blockade with Scientist Rebellion, will remain in prison until the 1st of November. 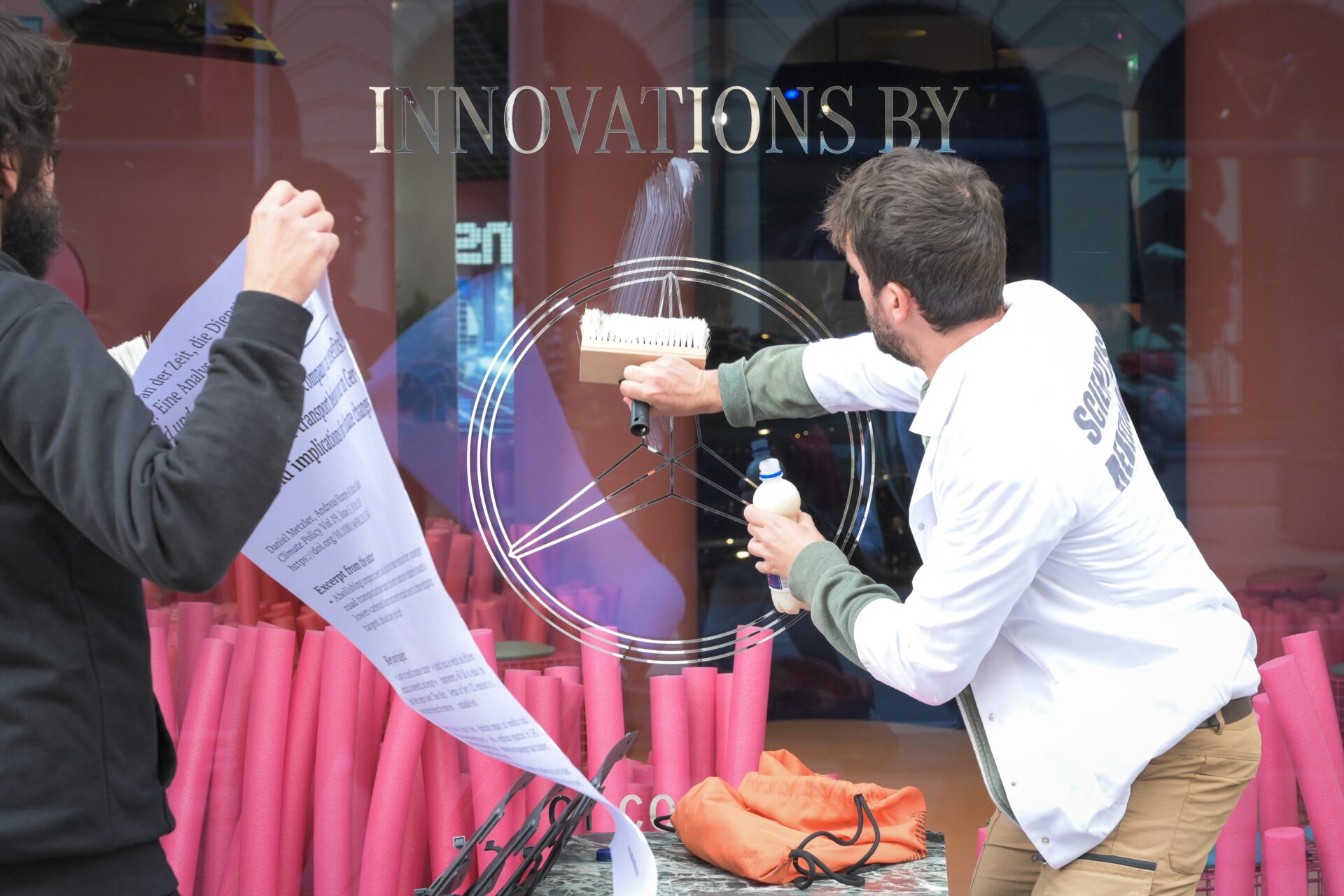 Among those in custody are 13 scientists: mathematicians, physicists, environmental scientists, computer scientists, biotechnology experts and engineers in environmental protection and telecommunications. Scientists have been taking action to demand basic, immediate, and effective measures to reduce transport emissions and protect communities and lives from current and future effects of the climate crisis. “As a water cycle scientist, I am here today because our States are failing us despite having a documented consensus at hand. This is an environmental emergency, we need immediate change.”, explains Sylvain Kuppel, earth and environmental research scientist and member of Scientist Rebellion.

The scientists in custody will likely be moved to Stadelheim prison or other facilities on Monday 31st October, depending on availability of police custody cells.

Why scientists are risking prison

“The first internationally agreed level of dangerous heating is lost. There is no plausible pathway to stay below 1.5°C. We know this because we are scientists ourselves. Continuing to say publicly 1.5°C is still alive is no longer defensible. Yet, politicians, leading academics, and environmental movements still pretend it is plausible. In response, polluting industries and policymakers are inadvertently being encouraged to resist rapid decarbonization.” – Nathaniel Rugh, environmental scientist and member of Scientist Rebellion.

As part of the www.UniteAgainstClimateFailure.de/en coalition, they demand the German government to take immediate action to reduce carbon emmisions, pointing out that decarbonisation of the transport sector is crucial. They are calling for a 100 km/h speed limit on highways and the re-implementation of the €9 monthly travel pass on public transport which are immediate, effective and popular measures that protect communities and lives.

Scientist Rebellion and Unite Against Climate Failure are also demanding the German government to call on the World Bank and the International Monetary Fund to cancel the Global South’s financial debt. This is urgently needed to facilitate a sustainable transition, and to prevent further devastation and climate chaos.

We are a climate action group with over one thousand members across 32 countries. Our members are science students to professors across a variety of scientific backgrounds. We all believe scientists must take non-violent direct action to gain credibility. During acts of civil resistance we identify ourselves by wearing lab coats. The Climate Emergency Fund supports Scientist Rebellion’s recruitment, training, capacity-building, and educational efforts.