Regenerating Biodiversity in our farms, forests, and our Gut Microbiome for Zero Hunger and Good – Health for All

Colonialism transformed Mother Earth, Vasundhara, Pachmama , Terra Madre, into Terra Nullius, the empty earth. Our living, bountiful earth, rich in Biodiversity and Cultural Diversity was reduced to an empty earth. People of the colonised lands were denied their humanity to justify the appropriation of the their lands, their homes, their resources. The Biodiversity of the earth disappeared in the minds of men who reduced the earth to private property to be owned, and raw material to be extracted.

The colonial Monoculture of the Mind separated people from the land, forests from farms, seed from food, food from biodiversity, health and nutrition in order to maximise profits through extractivism. People of colonised cultures and the biodiversity of plants and animals were objectified, enslaved and transformed into the property to be owned.

The colonial industrial paradigm could not tolerate diversity and self organisation and redefined “wild” as place or region uninhabited and uncultivated by humans.

This is clearly a flawed definition. The places and ecosystems recognised as “wild” today are where indigenous people protect nature, the land and biodiversity.

On 22% of land left with the original custodians and guardians, indigenous people protect 80% of biodiversity. https://www.nationalgeographic.com/environment/article/can-indigenousland-stewardship-protect-biodiversity

Wild is not the absence of humans, but the loving, compassionate presence of caring communities.

Wild is the opposite of the colonised, enclosed, controlled and exploited, manipulated monocultures and the uniformity.

Wild is where humans are partners of nature, enhancing biodiversity and cultural diversity through co-creativity, respecting the integrity and ecological space of all beings

Wild societies and cultures respect the integrity of all beings, the sovereignty of all cultures and peoples, and enhance the well-being of all through cooperation, sovereignty, mutuality, and symbiosis. Since the web of life is a food web Rewilding food is the first and most significant step in rewilding the earth, respecting her rights, rejuvenating her
biodiversity, her self-organised freedom, her rights.

To regenerate biodiversity and provide more food for more species and more people so no one is hungry, no one is malnourished, no one is sick with chronic diseases, we need to Rewild our minds, our food and food systems.

As Albert Howard observes about Indian and Chineses agriculture in the Agriculture testament,

“In the agriculture of Asia we find ourselves confronted with a system of peasant farming which in essentials soon became stabilised. What is happening today in the small fields of India and China took place many centuries ago. There is here no need to study historical records or pay a visit to the remains of the megalithic farming of the Andes.The agriculture practices of the Orient have passed the supreme test – they are almost as permanent as those of the rival forest, of the prairie or of the ocean.”

If revenues and profits could not be extracted from land it was declared wasteland by the British even though the forests were rich on biodiversity, local communities were sustained by food from the forests and the waters, and the forests performed vital ecological functions life protection from cyclones. The Sundarbans mangrove forests of India were listed as wastelands in British records.

Farms that had more trees than forests were transformed into Green Revolution monocultures of commodities to maximise profits.

Plants were manipulated to first adapt to external inputs of chemical fertilizers and then genetically engineered to become pesticide factories (Bt toxin GMOs), or resistant to herbicide (Roundup Resistant GMOS). Both applications have failed. Instead of controlling pests, Bt crops have created superpests. Instead of controlling weeds, Roundup-resistant crops have created superweeds.

All sustainable food systems, whether they be the forests, grasslands or farms, have animals integrated in them. (Tell them about veganism, Cows, Plants based fake food diet) ( Rice farming methane causing climate change).

Rewilding food includes undoing the historic injustice to indigenous people and tribals. It includes bringing people and food back into the forests, and trees and animals back on farms.

It includes taking animals out of factories and putting them back on the land, letting them be free-range, and integrating them back in farming systems, nourishing the plants that feed them.

Rewilding also means regenerating biodiversity on our farms and forests, and rewilding our gut microbiome, our bodies, and our minds.

Nine Principles to follow to Rewild Food, Rewild the Earth and Feed the World 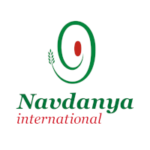