by Yuri Yu and Bereket Alemayehu

On a beautiful Sunday morning, 18 Sept 2022, refugees who live in South Korea and local peace activists set foot on a peace trail celebrating the International Day of Peace 2022. The event was organized by Active Refugee Korea (ARK), supported by UNHCR local office. Interestingly, the trail started with a guided tour at the War Memorial Hall of Korea Museum, which is located in Yongsan District, Seoul, “visiting with a critical eye”. 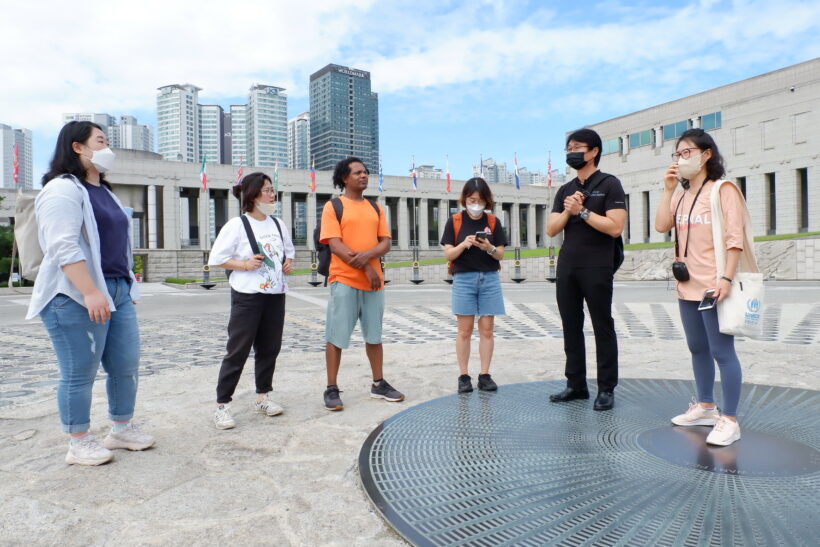 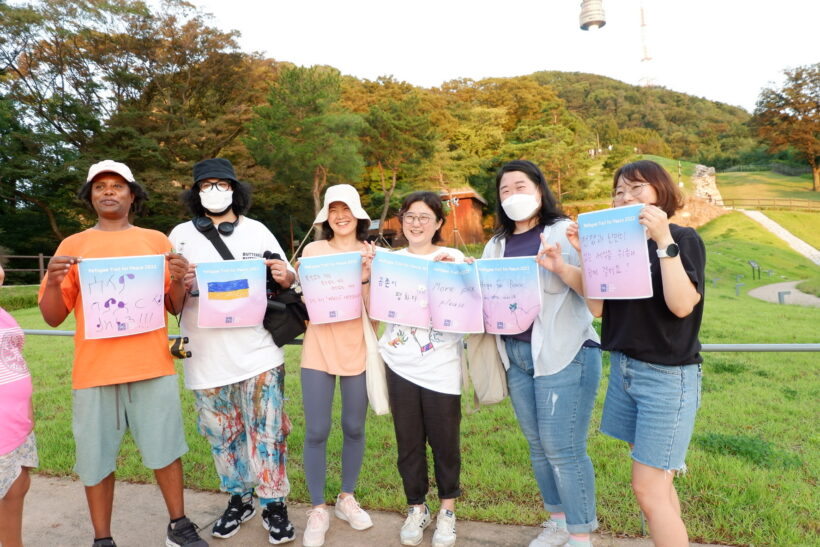 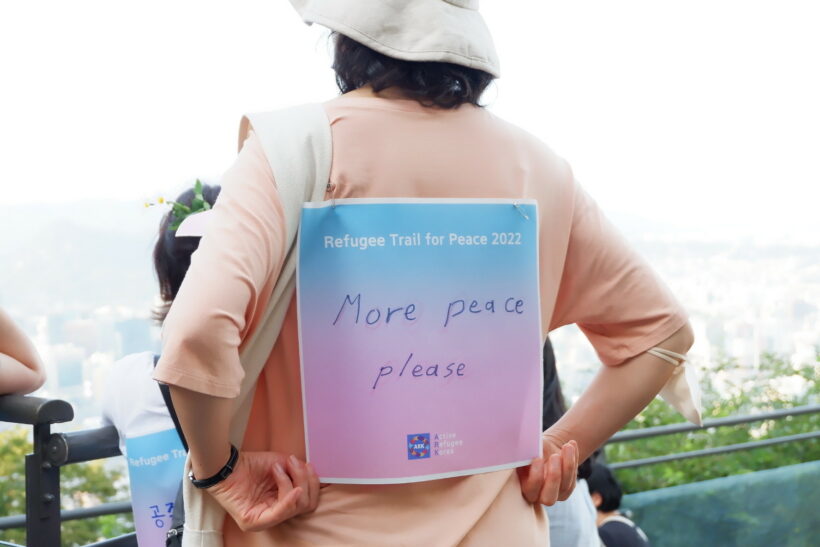 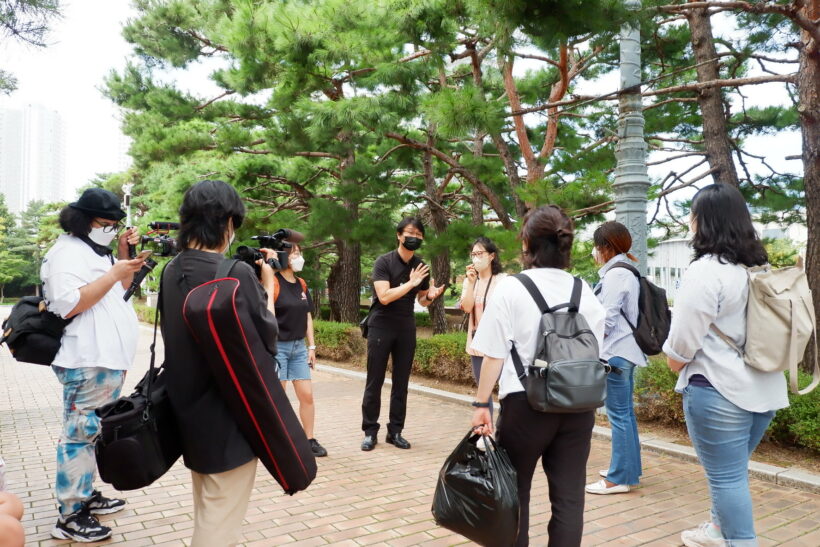 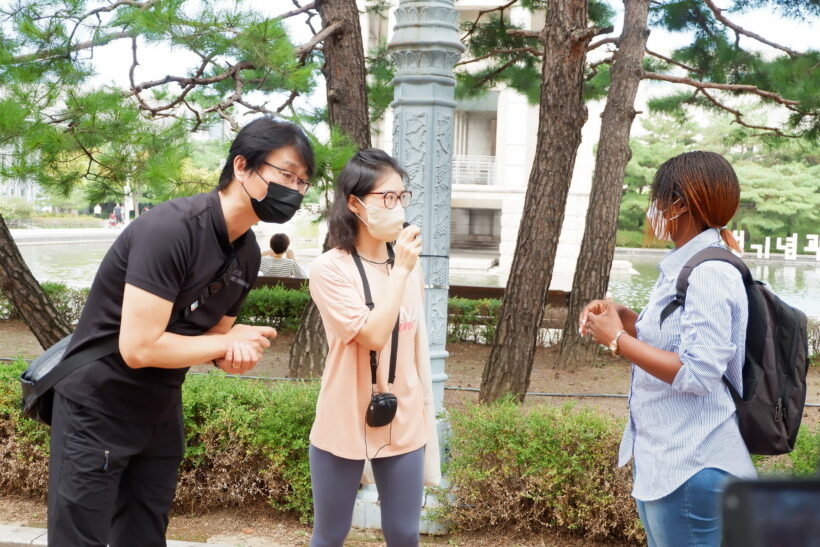 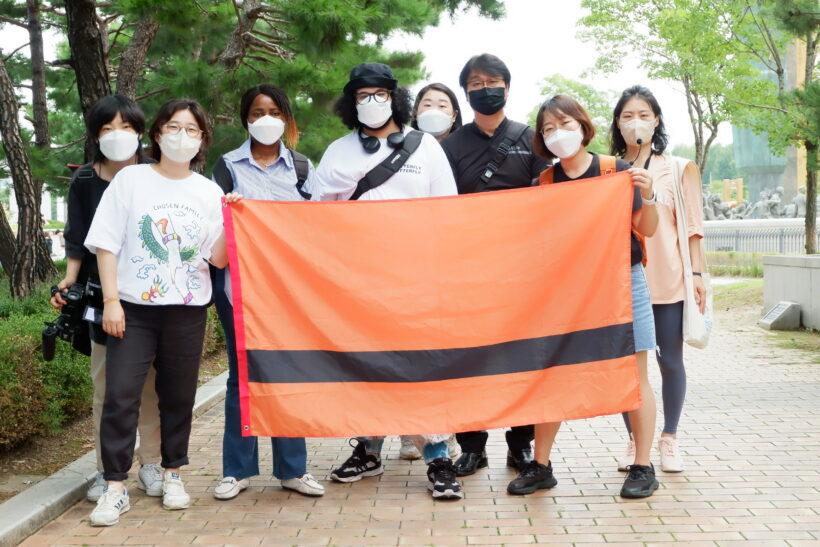 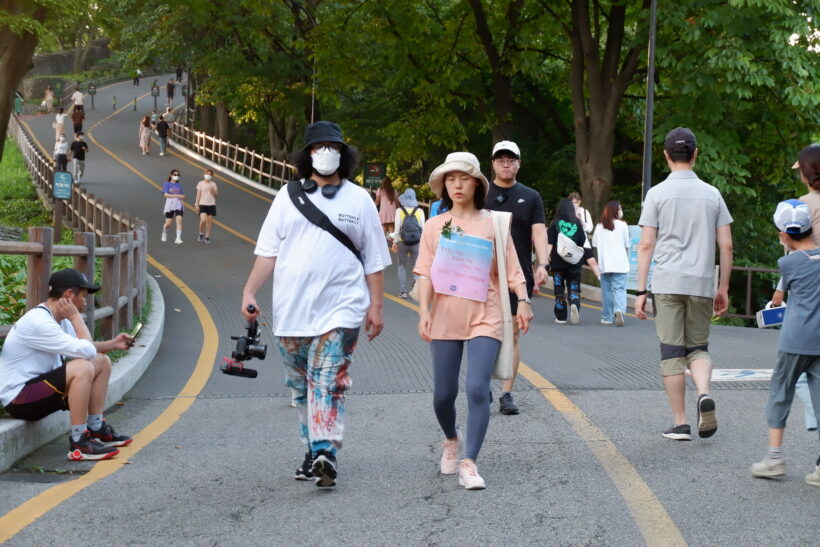 “For refugees who fled persecution, violence and war-torn homes hoping to find security, a longing for peace would be profound. Nevertheless, the notion of peace will vary depending on the concrete realities we face in our lives, communities, and nations”. This was an urgent calling for peace on the organizers’ side who actively challenged militarism, distorted narratives of wars, and perpetrators justifying increasing military capacity.

“The War Memorial of Korea is a symbolic place to think about peace in the context of conflict because North Korea and South Korea have remained hostile to each other as a result of the 3 year-long Civil War between 1950 and 1953,” adding a reminder that for many refugees who fled ongoing wars and conflicts in their home country, the horrors and the viciousness of conflict are still real.

According to Mr. Seok-jin Park, a Civilian Military Watch activist, reflecting his thoughts on the situation of wars and narratives, he said that no war breaks out all of a sudden. It’s a result of accumulated tensions and conflicts. The narratives omit the ideological tensions and armed conflict that existed before the war between the South and North in the context of the Cold War. It’s been 70 years since the Korean War ended in a ceasefire in 1953. Since the armistice (not a peace treaty) between the two Koreas following three years of civil war, the North and the South have remained hostile to each other and volatile situations on the peninsula remind the world that the war hasn’t yet ended.

There are contrasting historical narratives and differing interpretations of the Korean War and the War Memorial Hall offers a one-sided perspective. So it’s important to look out for “what story the museum tells and doesn’t tell.  The museum provides justification of the need for increasing military capacity against North Korea”. The sightseeing tour also reminded participants of the danger of one-sided narratives of war and the deliberate omission of efforts for peace and reconciliation made multiple times throughout several decades.

It was noted that the War Memorial Museum was planned and initiated during a military regime in 1988 in the aftermath of a widespread democratic movement across the country which was considered a threat to National Security. The purpose of establishing the War Memorial was to cultivate patriotism by intensifying antagonism against North Korea among the Korean population. The way to commemorate and document the past and current war significantly affect not only public memories of history but also the way to seek true peace for all.

Honoring world peace and the International Day of Peace, activists and participants were discussing the meanings of peace, glorifying the ongoing senseless wars in some countries and the atrocity and conflicts which inflict suffering on civilians, internally displaced people and refugees, along the way visiting memorable historical sites in Seoul marked by violence and war.

During the peace trail and sightseeing, guided by Huynju, a Korean refugee activist, in trekking  Seoul’s landmark, Namsan mountain fortress, where a portion of the city wall embodies the 600-year history, participants sent out written messages, wearing a banner that carried their own peace message in different languages and adorned themselves with white flowers that symbolize peace to inspire the Korean society to build a culture of peace.

In addition, celebrating World Peace Day 2022, Active Refugee Korea has launched an online campaign to spread peace messages “Speak & Share your Peace”. The online peace campaign is being conducted in a dialogue format, asking participants to reflect on their thoughts and wishes. How can peace rescue refugees? How do refugees take the role of rescuing peace? What does peace mean to you? What makes you at peace? Or what is blocking your peace? What do you think you can do to raise peace for refugees?

The ARK campaign statement revealed that for refugees, peace is significant in their lives since they had to flee a place of no peace, but one of war, persecution, and violence. Settled in the new land, they challenge themselves to overcome the painful memories engraved on their bodies and mind. And they face other kinds of violence in new places such as hatred, discrimination, and alienation. They are deprived of peace once again. However, as they go through those circumstances, they are even more convinced that peace is an invincible purpose in life.

Additional information can be found here: