Having believed exactly the opposite of what the election result showed, I thought that it would be the “I approve” that would be around 60%, I want to reflect on this error of assessment of the current moment. This result of the plebiscite shows me that I was not looking correctly; I want to take advantage of my disappointment to reflect and adjust my look on the social process.

Where are we going as a society in Chile, having gone through the outbreak of 2019, the pandemic and the constituent convention of 2020, the election of Boric in 2021 and the rejection of the new constitution in 2022. It seemed that we were riding the wave of social change, driven by a new generation and the protagonism of women and the feminine; forces that were tuned towards a new social agreement, which could overcome extreme individualism.

What were my premises of analysis:

The more than 60% rejection rate, with an unprecedented turnout of 80% of the electorate, calls these premises into question. The economic and political elites, and some intellectuals, rejected the proposal; they considered that the new constitution’s proposed treatment of diversity would produce unbridgeable social divisions, which would end up destructuring the state.

The Rejection campaign succeeded in making the process of change be perceived as responsible for institutional and social destructuring, and not as Chile’s response to a process that is not only national but global. This was achieved with a major campaign highlighting the most aggressive or disruptive factors of the convention. The campaign to reject the proposal was permanent, million-dollar and shameless, but… it makes a dent in a state of the soul. I don’t believe that the media campaign, however shameless and million-dollar, is the main factor explaining the Rejection. But it is necessary to understand the state of the soul into which it penetrated.

Some analyses of Approval say “fear won”, and I think they may have a point. But that fear was not instilled by the Rejection campaign, but is already installed in a significant part of the population. Rather, we all live in a state of frightened consciousness, where we are susceptible to a fear campaign taking effect. If during the outbreak of 2019, we lost our fear for a moment and recognised ourselves, it is likely that during the pandemic we regained it and became unaware of ourselves.

The Rejection of the constitutional proposal returns the protagonism to the economic and political elites. At least for a while. There are more daring times when many are willing to take risks to open up the future and explore new paths, and others, when that produces fear and we choose to try to stop time. But the attempt for change and humanity will not stop and each step is a precedent for the next moment of collective inspiration. 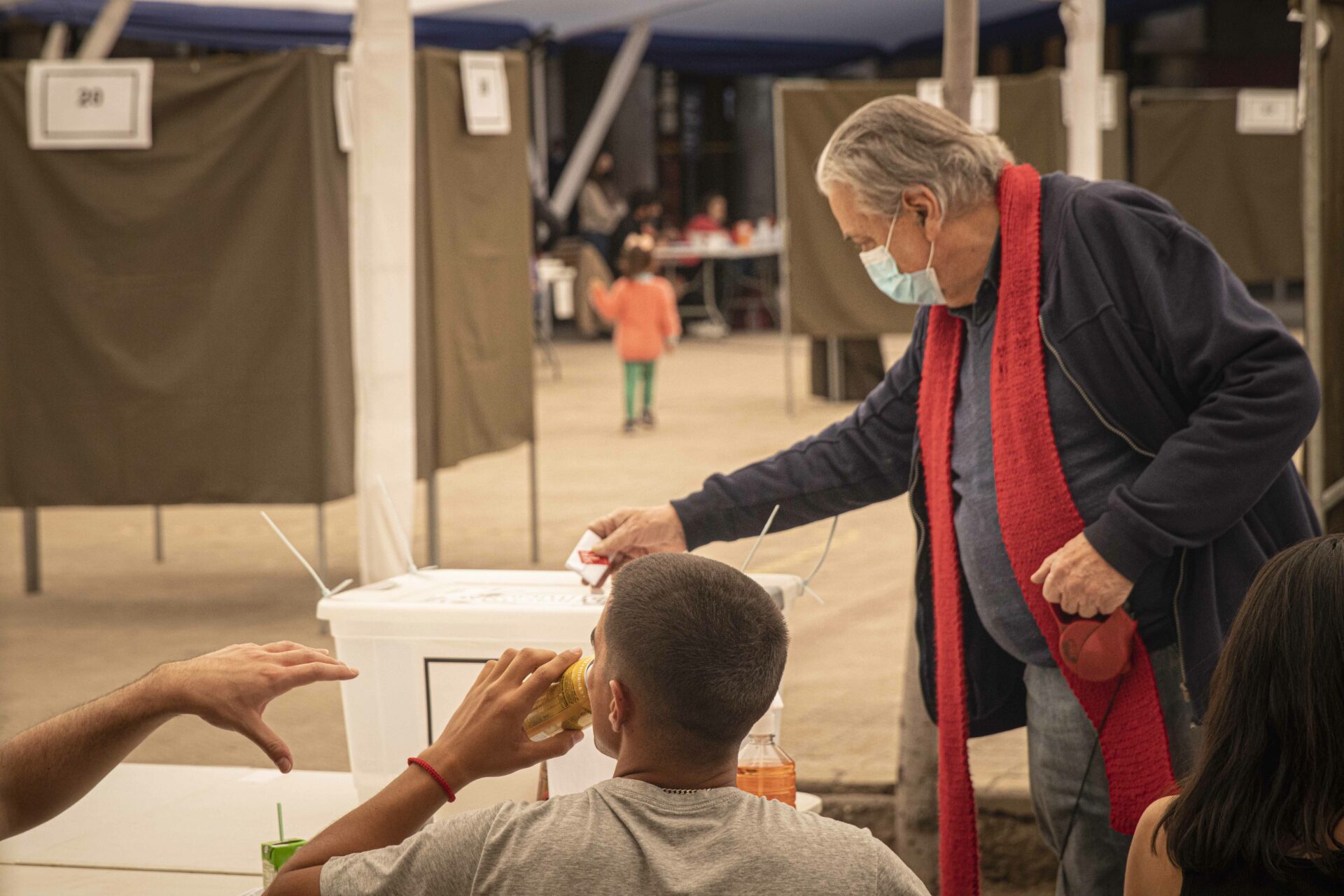 We are now living through the failure of the attempt for change and the gestation of a new social agreement that put human, social and ecological rights, diversity and multiplicity at its core.

This attempt, which was expressed in the social outburst and channelled into the constituent convention, failed. It must be said: it was great, with sublime moments. But also, with mistakes. We should try to understand the root of these mistakes. I don’t think our mistakes are those exaggerated in the propaganda of the Rejection: the stridency of the convention members, the political inexperience of the youth, or the protagonism of the native peoples. Not even maximalism. On the contrary, all of this is very valuable as it is a process of many and popular and necessary for learning together. All of this was also surfed during the constituent process itself, and this shows a Convention with a lot of flight and value. They succeeded in ensuring that constructive rather than delaying action took precedence.

The attempt seems to me to be sublime, but until I received the overwhelming vote of the Rejection, I did not realise that it was much more difficult than it was supposed to be. Millions of people voted Approve, millions of us overcame our fears, betting on the future of a joint project, it is admirable. We went far, but something was missing to bring about a revolutionary conversion of society and ourselves.

What was missing? What did we do and what didn’t we do?

What do we have to change so that the next attempt has a better chance?

These questions deserve many conversations.

Surely our mistakes are more important than the ones that are rubbed on us in the propaganda of the Rejection. For example:

Above all, the failure to understand that these issues would not be resolved if the approval won, because they are mental and not just social. All issues that we will have to confront within our own communities.

Now the elites will try to redirect the social process and hopefully they will do well. It is in everyone’s interest to do well. However, it is very difficult for them to do so because they believe that they can stop this social disintegration with formal or peripheral changes. And they too have not understood the root of fear in people’s hearts, even if they know how to manipulate it, and they too have not overcome the disease of resentment and revenge.

But I have to recognise that this will not be possible without a human change within ourselves and in our communities; an inner change that helps us to overcome accumulated resentment, our own individualism and violence. As communities seeking societal change, we need to incorporate these more spiritual practices alongside social action.

It is time to talk, to come together, to integrate together, and to see how we rediscover intent; how we build the next step, with more friendship, more solidarity, and networks of trust that protect the community.

The constitutional proposal is an achievement, which, although it could not be realised, is an agreement reached by the people, a construction that gives a common direction and can be transformed into a political project. A revolutionary project on which the forces for change are already in agreement. The convergence of diversity of social and political movements around this proposal can be very powerful.

But we already know that it will not be enough if we do not make an effort for a simultaneous change on a personal level, in our profound reconciliation, in our inner faith, in an action that eradicates violence to achieve the desired changes. 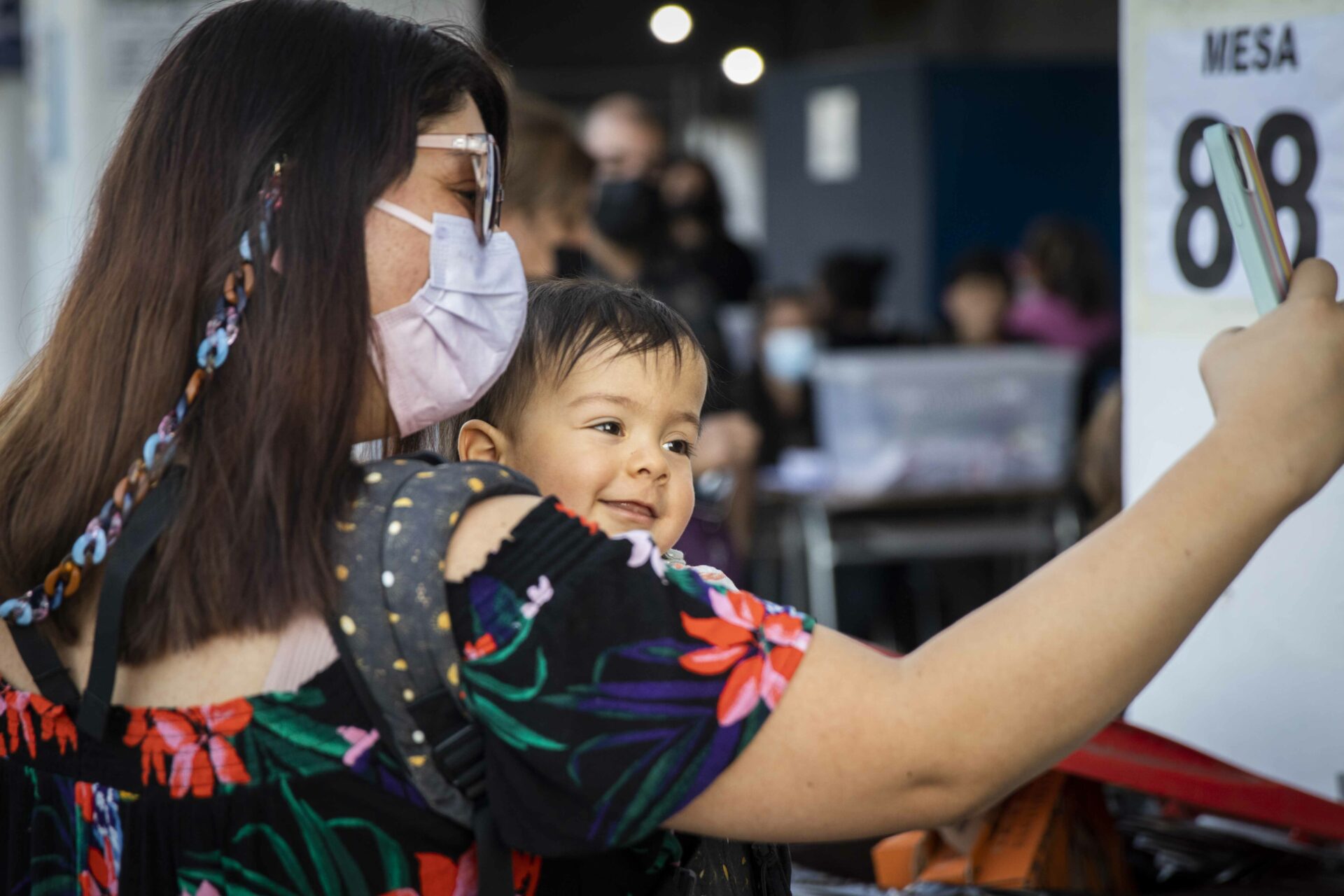 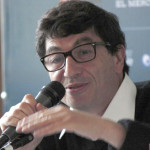